Standing by her friend. Taylor Swift is loving Selena Gomez‘s new songs, “Lose You to Love Me” and “Look at Her Now,” both of which seemingly nod at her messy past relationship with Justin Bieber.

“Taylor Swift is a huge supporter of Selena and the shade she threw at Justin has made her proud,” an insider tells Us Weekly exclusively.

Gomez, 27, released her two new singles back-to-back and the first sent a loud and clear message about her 25-year-old ex-boyfriend. “The song was inspired by Selena’s breakup from Justin,” a source told Us after “Lose You to Love Me” dropped on Wednesday, October 23. “It’s actually about finally being able to love yourself and moving on from a toxic relationship.” 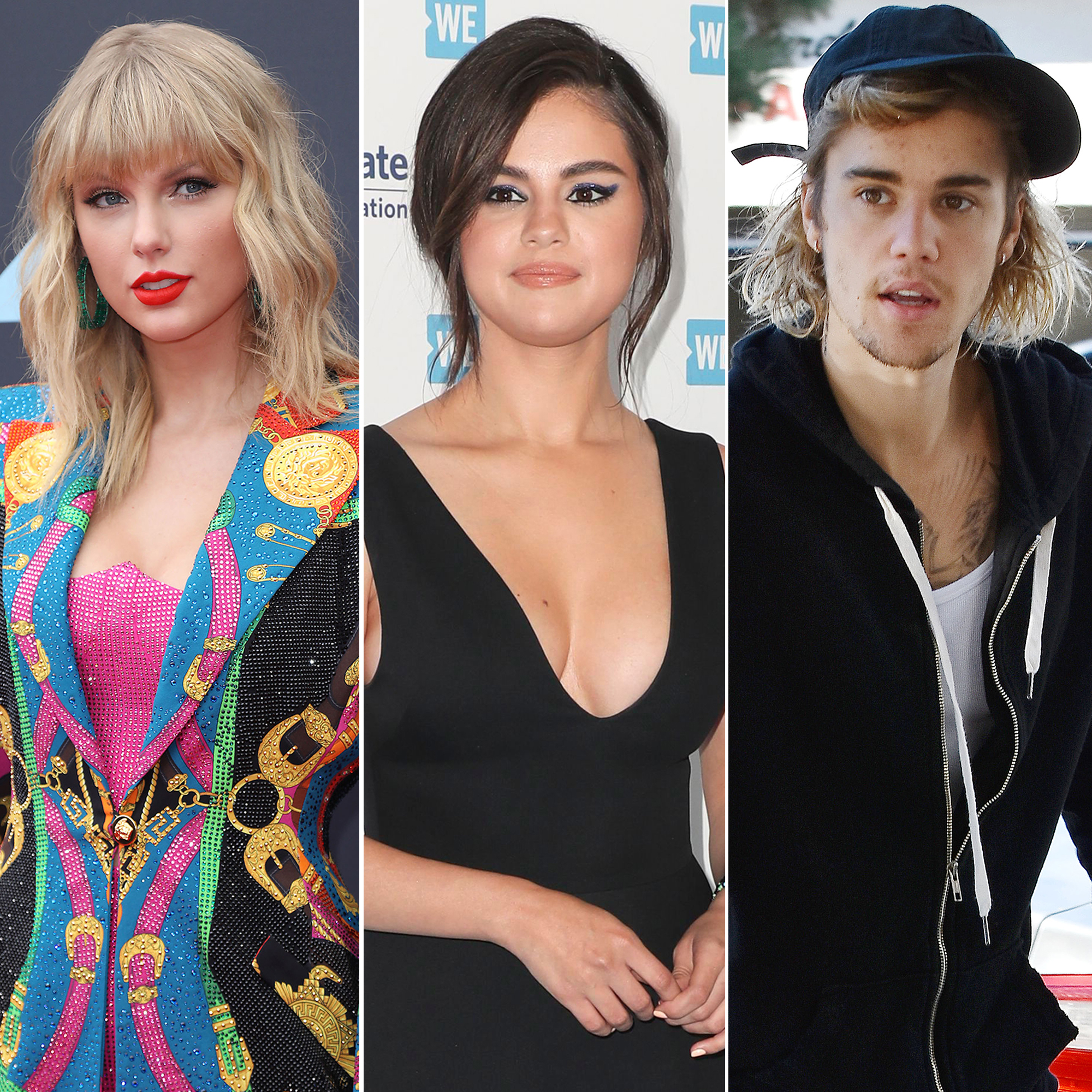 Swift, 29, posted on her Instagram Story about “Love You to Lose Me” following its release. “This song is a perfect expression of healing and my absolute favorite song she’s put out yet,” the “You Need to Calm Down” singer wrote. “A triumph. I love you so much @selenagomez.”

The “Back to You” singer dated Bieber on and off from 2011 to 2018. Just two months after their split, he began dating his now-wife Hailey Bieber. “In two months, you replaced us / Like it was easy,” Gomez sings on the song.

“I’m really grateful because I’ve experienced that a million times before,” the Disney alum explained of the “two months” line in an interview with Ryan Seacrest on Thursday, October 24. “That’s the unfortunate part about what I do. It’s all very real to me, and I’m sure it’s just entertainment for other people, but I think I had become numb to it. It would be inauthentic and that’s everything I claim to be and do. I know there are thousands of people — men and women — who had felt this feeling and it’s extremely real. And on top of the social media and everything, it doesn’t matter if you’re in my decision or if you’re in someone else’s because you’re always going to, somehow, find this negative space. That’s why I have to be careful and take steps back. And just focus on what I’m doing and no one else.”

She echoed those feelings in an interview with Zach Sang on October 25. “My intentions are never evil. I always want to come from a place that’s genuine,” the “Hands to Myself” singer stated. “When I feel like some things haven’t been said then I get to turn that into art. … The most important part was that the world got to hear it and, hopefully, relate to it and know that they’re not alone because this feeling that everyone goes through in life is so real and you just get destroyed.”

Following the release of “Lose You to Love Me,” Hailey, 22, shared a screenshot of the song “I’ll Kill You,” via Instagram Story, causing fans to ask if that was her response to singer’s song. “Please stop with this nonsense,” the Drop the Mic cohost later said of the claims. “There is no ‘response.’ this is complete BS.”

Gomez stood by the model’s comment. “I do not stand for women tearing women down. And I will never, ever be by that. So please be kind to everyone. It doesn’t matter what the situation is,” she said on Instagram Live. “If you’re my fans, don’t be rude to anybody, please.”