Marilyn Monroe remains one of the most fascinating celebrities to ever exist. This is partly due to her Hollywood mystique and seemingly carefree attitude. Monroe’s relationships with some well-known men, such as playwright Arthur Miller, led to a lot of public scrutinies. During her marriage to Miller, the FBI kept a close watch on the bombshell for an interesting reason. 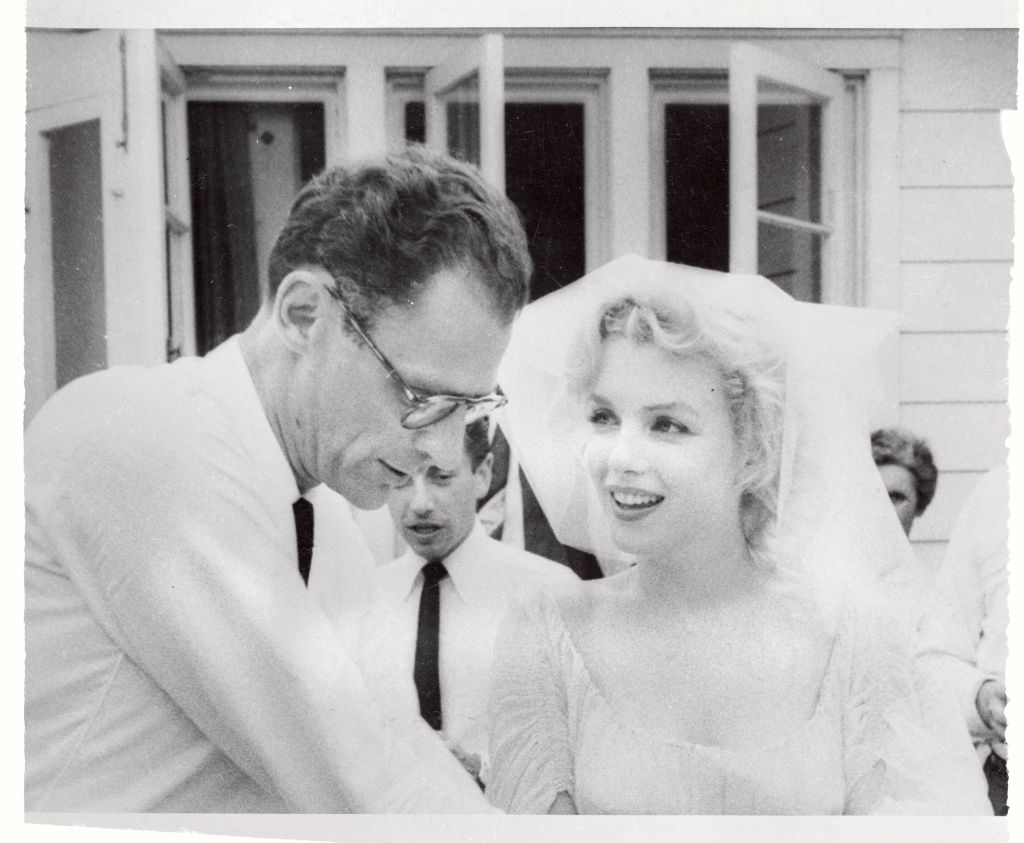 Monroe’s reputation typically preceded her into any room, which is exactly why Miller — 11 years her senior —was instantly captivated by the star. Their relationship began when Monroe revealed her desire to become a serious dramatic actor. When no one else believed in her talent, Miller did.

In the beginning, Miller was married to another woman and Monroe went on to marry baseball player Joe DiMaggio. When each divorced their spouses, they fell into each other’s arms five years after their initial meeting. It was Monroe’s longest marriage of three.

Though press titled the pair “The Hourglass and The Egghead,” “misfits,” and the “odd couple,” it didn’t phase them.

According to Vanity Fair, Monroe wrote, “I am so concerned about protecting Arthur I love him — and he is the only person — human being I have ever known that I could love not only as a man to which I am attracted to practically out of my senses about — but he [is] the only person … that I trust as much as myself.”

While that’s all lovely, this relationship is what garnered the attention of the FBI.

The FBI monitored Monroe because of Miller’s views

According to previously redacted FBI files, Monroe became a suspected communist. Thanks to the Freedom of Information Act, new details have been made public. The files state that informants regularly reported on Monroe’s “mutual infatuation” with Frederick Vanderbilt — a self-exiled leftist. The star met with him during a 1962 shopping trip in Mexico which caused suspicion.

“This situation caused considerable dismay among Miss Monroe’s entourage and also among the (American Communist Group in Mexico),” the file reads.

In regards to Monroe’s marriage to Miller, an anonymous tip told New York Daily News that Miller was a “CP” and the party’s “cultural frontman” and alleged sympethizer. Authorities suspected Monroe and Miller’s marriage was a sham to cover up the fact that Monroe joined the Communist party.

It was also rumored that money from Marilyn Monroe Productions was “finding its way into the CP” and the company was “filled with Communists.” No one ever proved any of this to be true

When Miller died, his obituary, according to The Guardian, stated Monroe “risked her own — always precarious — Hollywood career by going with Miller to Washington to speak in his favour at the contempt hearings; her intervention helped to keep him out of prison.”

This came as a result of the House Committee on Un-American Activities’ hearing on Miller “disclosed…a past filled with Communist-front associations and a future filled with Marilyn Monroe.”

Will the Netflix biopic address the controversy?

All of that said, the Netflix Originals biopic on Monroe starring Ana de Armas, has now been pushed to 2022 because of reported NC-17 content. The film, directed by Andrew Dominik, adapted the Jocye Carol Oates novel of the same name, has been in development since 2010.

Multiple reports have stated the Blonde delay comes as a result of graphic content that Netflix wants changed. We don’t yet know if Monroe and Miller’s relationship will be included, or if it’ll have any mention of those FBI findings. We’ll find out in 2022.