Jenna Bush Hager always looks put together when presenting the Today show but a backstage moment with Hoda Kotb unveiled something nobody was expecting.

The Today show co-stars were chatting on their show on Wednesday when Hoda made a revelation about her friend.

While on-air Hoda announced that she had caught Jenna getting changed ahead of the show… and she doesn’t wear any underwear.

“I just had a little shock with it,” she told viewers. “I was a little surprised because Jenna and I know a lot about each other,” Hoda added.

Jenna defended her decision to forgo undergarments and said: “I think it makes a more pretty silhouette. I also think you don’t have to pack as much. There are a lot of pros to it!”

The mom-of-three then appeared a little embarrassed and put Hoda on the spot by saying: “You promised me you wouldn’t do this! There’s a lot of people here,” but then joked: “I’m sure my mom has never been more proud.” 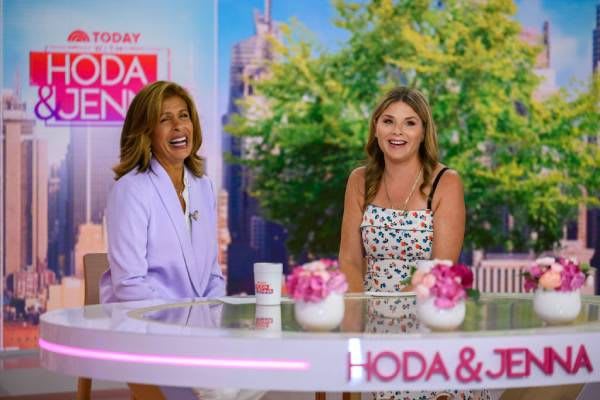 Hoda and Jenna’s chemistry is amazing

Hoda’s discovery sparked a conversation between them about the pros and cons of going commando.

“It actually does make life a lot easier,” Hoda noted, however, “It’s a lot of washing of clothes, over and over.”

Jenna said that doesn’t bother her because she’s not sharing her clothes with anybody – except fellow Today show host, Savannah Guthrie.

Hoda and Jenna are friends on screen and off

“I do steal Savannah [Guthrie]’s pants on occasion,” she confessed, before teasing Hoda by asking: “And I do want to borrow that red suit of yours. Can I?”

The duo prove time after time that they are truly co-star goals. They leave little to no doubt that they are genuine friends in and out of the studio.

Jenna opened up about working with her co-stars while chatting to HELLO! and revealed that she often gets in fits of giggles with Hoda.

“I feel like Hoda and I laugh hysterically,” she said. “We can get into that laughter where we’re not supposed to laugh.

“That church laughter where we’re like ‘We’re going to get into trouble’,” she shared.