Vanessa Hudgens has become a serious baseball fan, rooting for boyfriend Cole Tucker from the stands in Florida during his latest spring training game.

Without Coachella to look forward to in the spring this year due to COVID, Vanessa Hudgens has found a new place to wear her tie dyed festival clothes and funky accessories…and that would be the Pittsburgh Pirates‘ spring training home games! The 33-year-old actress has joined her 24-year-old MLB player boyfriend Cole Tucker in Bradenton, FL to cheer on his Pirates at the city’s LECOM Park. On Mar. 23, she and pal GG Magee attended a game where Cole and his team took on the Minnesota Twins, and she made sure to share the experience via Instagram.

“Do u like sports? Cause we do,” Vanessa asked next to an IG photo showing her wearing tie-dyed sweatpants, yellow tinted shades and had her hair flowing in long curls as she sat in the stands at LECOM Park. She had her arm around pink haired GG, and Vanessa thew a pointed index finger towards the camera.

GG was totally all-in when it came to documenting their time at the game. She showed a video of one of Cole’s turns at bat, where he ended up splitting the wood in two with the force of the swing. GG shared the video to her IG stories and wrote on it, “Coley boy broke the fkn bat.” The musician also shared video next to Vanessa in the stands, with the Pirates’ black and yellow “P” logo behind them. The ladies gleefully sang along to “Take Me Out To The Ballgame” at the half of the seventh inning stretch. Vanessa could be seen rocking a black and gold Pirates jersey over her white t-shirt, being the ever supportive girlfriend to Cole. 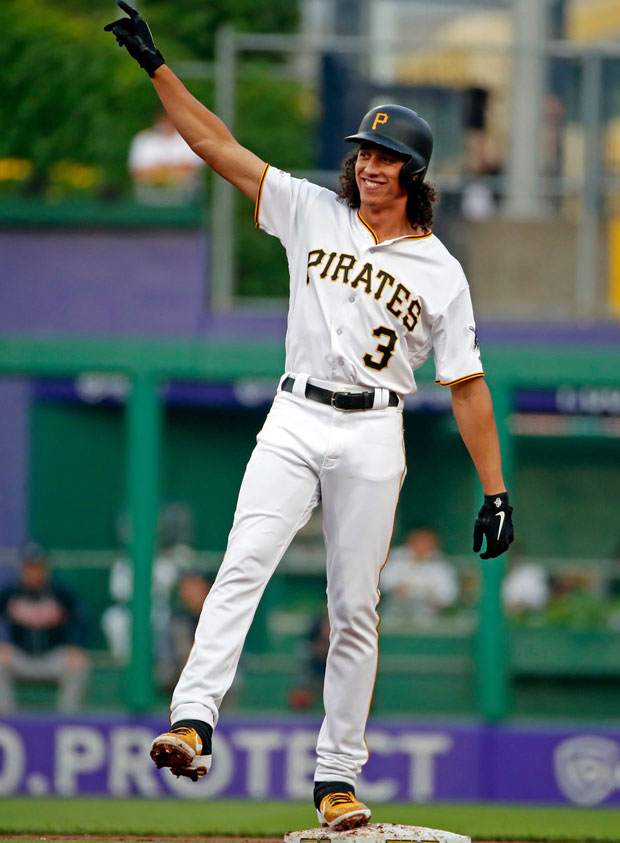 Vanessa and Cole have been hot and heavy ever since they started dating in Nov. 2020, but they didn’t confirm they were officially a couple until Valentine’s Day 2021 Instagram posts. In the Feb. 14 photo Vanessa posted, the two shared a passionate kiss as the actress wrote in the caption, “It’s you, it’s me, it’s us” and tagged Cole along with a red heart emoji. Cole posted a photo of the pair cuddling on a sofa in tie-dyed sweats and wished Vanessa a “Happy V-Day” to which she responded in the comments, “Melted” with heart emojis.

The former High School Musical star has been making frequent appearances in Cole’s IG stories ever since he arrived for spring training. He shared a photo of the pair in the kitchen of his Florida rental home, getting cuddly in matching hoodie sweatsuits. The shortstop and outfielder has also shared romantic date nights of the pair as the sun sets behind them over outdoor dinners. He even leaned over in a selfie to plant a kiss on Vanessa’s cheek as she drank from a beverage inside of a cut-out pineapple. The Princess Switch star broke out in a huge smile, showing how crazy these two are about each other.