In a normal year, the UK film biz would have woken up today with a sore head and a vague recollection of boogying into the early hours alongside celebrating BAFTA winners and commiserating BAFTA nominees.

Instead, the vast majority of us were to be found on our sofas last night, watching a succint two-hour BBC broadcast of the country’s premium film awards ceremony. It was a night of highs – supporting actress winner Yuh-Jung Youn calling the Brits “snobbish” in her acceptance speech and doubling down in the press conference after – and no real notable lows, unless you have a particular aversion to One Direction alum Liam Payne.

Overall, the ceremony, produced in the most difficult of circumstances, ran just about as smoothly as could be expected. The recording only took place three hours prior to the broadcast on BBC One, giving the American nominees and presenters, appearing virtually, a chance to get dolled up. After some early tech glitches, the Best Film prize wasn’t presented until around 6.40PM BST, meaning the edit team had just a 20-minute buffer between the production and the broadcast. But that’s no major drama in comparison with a standard live broadcast. 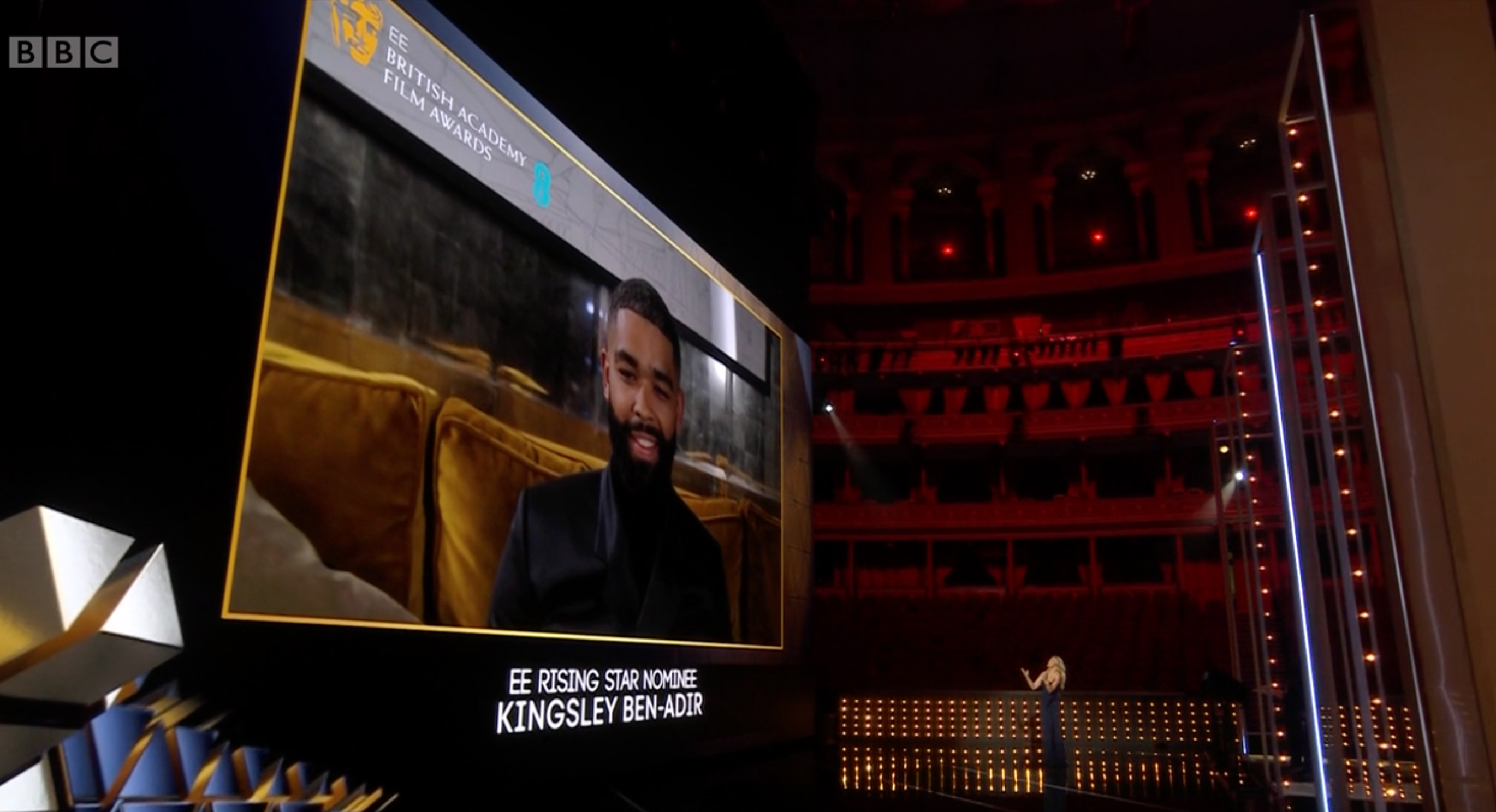 Public audiences failed to spark to the program, however, with TV viewing figures likely to be among BAFTA’s lowest, if not the lowest on record. The ceremony was watched by just 1.9M people on BBC One in the UK, down from 3M last year, which itself was a 12-year low. It was beaten by ITV quiz Tipping Point: Lucky Stars and a new episode of Midsomer Murders. The first half of the ceremony, broadcast on Saturday night, was watched by just 400,000 viewers on BBC Two, according to overnight Barb figures supplied by overnights.

Among the reasons for the poor audience showing would have been the overall lack of widespread excitement in the awards season this year. While no one is arguing with the quality of some of these titles – last night’s Best Film winner Nomadland is widely revered, as is Outstanding British Film winner Promising Young Woman – the lack of high-profile theatrical releases in 2020 reduced the nominee field and ultimately a largely virtual ceremony conducted on Zoom (or equivalent) and with no in-person glitterati just doesn’t have the same glamour factor.

Away from the poor TV ratings, overall feedback to the show seems to be positive, and industry we have spoken to today feel that the year’s films were celebrated aptly. Though how British some of the main winners actually are remains a sore point year after year.

One particular aspect of the broadcast did jar some commentators, however, namely the audible ‘audience’ reactions on the night. Journalists and general viewers alike turned to Twitter to express their distaste for the apparently canned laughter, with comparisons made to lockdown soccer coverage, where fake crowd noise is relayed over the TV broadcast to mask the eerie silence produced by the lack of fans.

Surprising thing is, BAFTA has since confirmed it wasn’t canned at all, explaining that it was in fact a live virtual audience reacting in real time to the events during the pre-record. Deadline has confirmed there were actually 1,000 people in the ‘audience’ for last night’s recording, who were individually recorded using the BBC’s Virtual Audience system, which was developed at the start of lockdown and is operated by the BBC News Programmes’ Outside Broadcast team. It has been used on 100+ BBC programs since last June.

The system allows selected online viewers to tune in via their web browsers and captures their reactions in real time, with BBC sound engineers monitoring the incoming audio streams, ensuring spurious noises (coughs, dogs, etc.) don’t make it to air. The reactions were all then mixed together and sent as a stereo audio feed to the TV truck at the Royal Albert Hall to be mixed into the rest of the sound. The remote audience, who were members of the general public, could also hear the reactions of the others watching the feed, making it as realistic as possible. Whether it actually sounded real on the night is another question, but it certainly added more atmosphere than BAFTA would’ve gotten from a silent Royal Albert Hall.