Everyone expected the 2020 election results would take a while to come in, but that doesn’t make the waiting game any less stressful. For many voters in swing states — particularly for the voters in those states who had trouble casting their ballots — it’s extra stressful. Meera Jagadesan, 21, is one of those young voters in Pennsylvania, and she went to extreme lengths to make sure she cast her ballot in a crucial presidential election. She spoke to Elite Daily’s News Editor Lilli Petersen about what went wrong with voting for her, how far she had to go to fix it, and what it taught her about voting in the United States.

This interview has been edited for length and clarity.

This year has been extremely stressful, but I was looking forward to voting. I’m a registered Democrat, and my issues this election were the economy — particularly entering the job market during the pandemic — social justice, race and police brutality, and LGBTQ+ issues. Going into the election, I was pessimistic because I remembered the 2016 election. I was 16, almost 17 at the time, and obviously I couldn’t vote, so I felt like I couldn’t be heard. I just had to watch, and seeing Trump getting elected without me having any input made me feel really powerless. So, voting in this election was really meaningful for me.

I’m from Berks County, Pennsylvania, but I go to school at the University of San Francisco. Originally, I planned to vote by absentee ballot, which I had done in the 2018 midterms and the 2020 primaries. I had some problems with my primary ballot, so this time, I started the process back in the first week of August. I got an email the request was processed, but they didn’t send out my ballot. Around the first week of October, I got the email saying my ballot was sent out. I started checking my mailbox every single day waiting for the ballot. I marked the date on my calendar, so if I didn’t receive it in 14 business days I would call my county office. And it didn’t come. After 12 days, I was worried that, at that point, even if I did get my mail-in ballot, I wouldn’t have time to put it through the mail and get it there on Election Day. 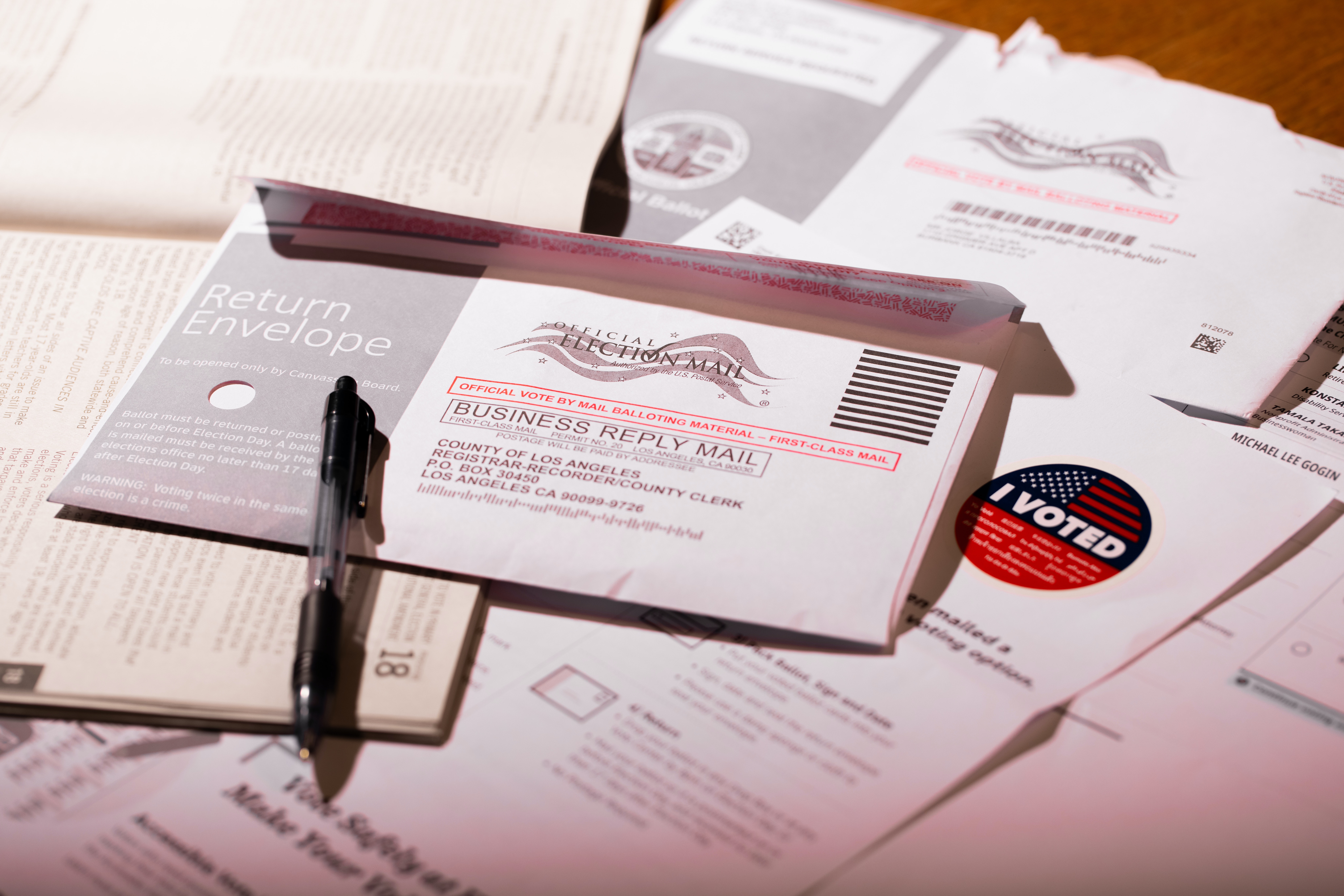 That’s when I started talking to my family and making a plan to just come home, and not even call the county election office to ask about my ballot. I had originally planned to fly home for Thanksgiving, but I decided to fly home the third week of October so I could go vote. I’m lucky it was possible — my mom is a flight attendant, so I fly standby. My mom worked the flight over, met me in San Francisco, and we flew home together.

My mom and my sister had been involved with a group called Back To Blue PA, and they helped me figure out what to do. The only information we found online said I would have to show up at the polls on Tuesday, and if I could surrender a physical mail-in ballot, I would have to request a provisional ballot, but provisional ballots don’t always get counted. So I didn’t really want to do that. And so my mom and my sister started asking more questions, and we found out if I went to the courthouse either on Monday, the day before the election, or on Election Day, and showed them I didn’t get my mail-in ballot, they could issue me a new voter ID under an emergency procedure.

So, I went on Monday and filled out my ballot at the courthouse and they processed it. Since I was already registered, all I had to do was show my ID, explain the situation, and they issued me a new ballot. I thought it was going to be more of a hassle, but once I was there it was easy. The flying home was the hassle. This trip was purely for voting. I actually go back to California on Friday, and I’ll fly back to Pennsylvania on Thanksgiving.

I honestly don’t know what I would’ve done if I didn’t have the option and privilege of flying home to vote. I would’ve felt completely powerless, and I can’t even picture it because it means so much to me to vote. I don’t think I’d even be able to watch the election results right now. Everybody is constantly talking about politics — if I didn’t get to vote, I would feel like I wouldn’t even be able to speak about politics anymore because I didn’t get to have my voice heard. I would just feel really invalidated.

It makes me so angry I had to go to those lengths to vote! The rhetoric against mail-in and absentee ballots has been so ugly, even though there are so many people in these situations. People living abroad, or troops serving in the military, have always had to cast their ballots by mail, and it’s completely normal and part of our process. I know a lot of people found themselves in a similar situation as me, and I saw a couple of comments on social media from people in a different state who couldn’t get back to vote. 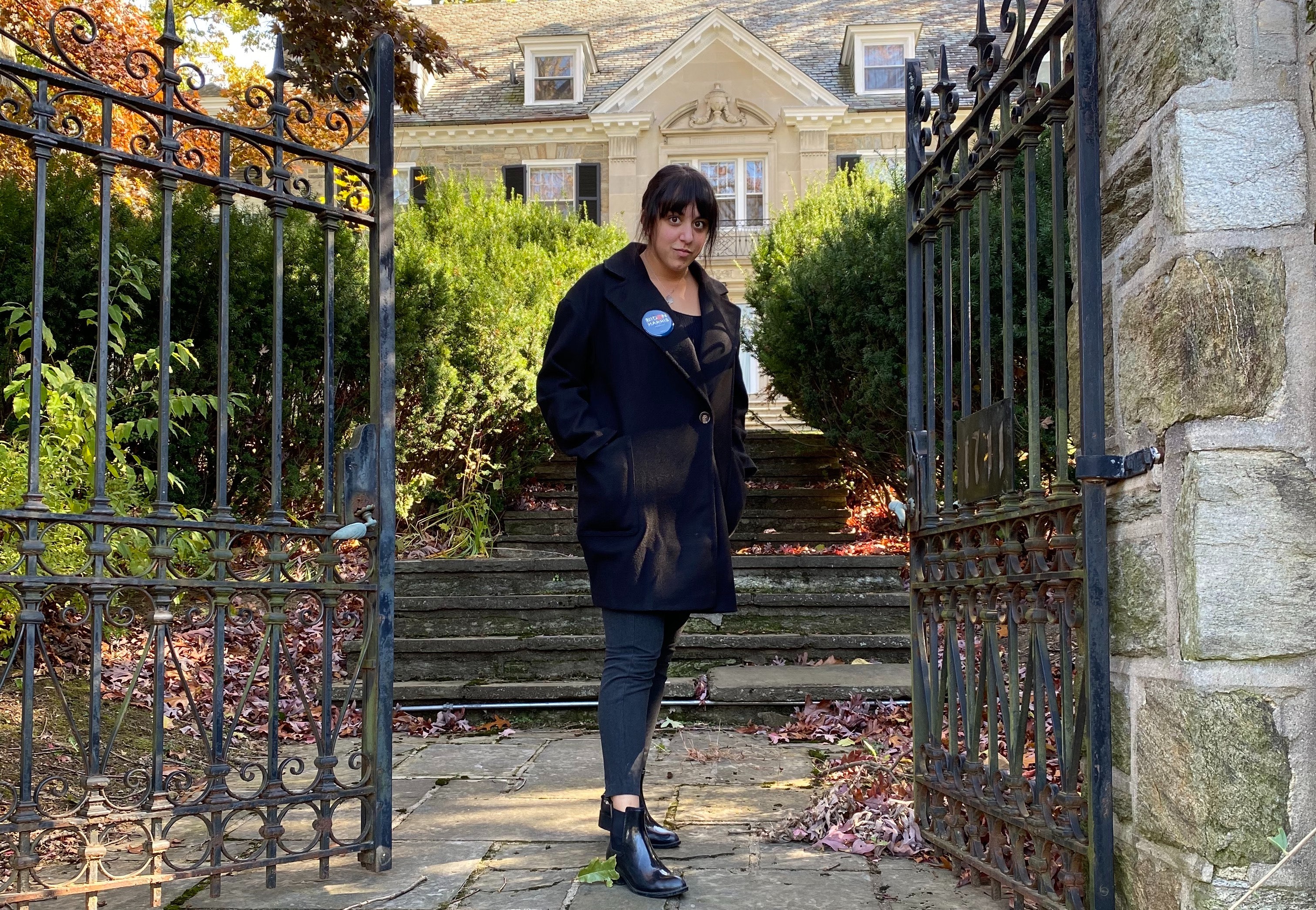 Watching Pennsylvania still be uncalled as of Nov. 4, it feels like all eyes are on our state. I believe officials should take their time and be diligent about counting the vote, but I’m also getting a ton of texts from everyone about voting stats and questions. It’s constant right now. I don’t think we’ll know results until probably Friday, and it’s incredibly frustrating watching it go back and forth.

Between this experience and the uncertainty in Pennsylvania, I’ve started to do more research to try to understand how they’re counting votes and how to look at the margins. It’s still pretty confusing, but I’m paying attention more. Even telling this story has been helpful, because I’m thinking about the voting process and how confusing and frustrating it was.

If I had to, I would still jump through all those hoops to vote again. The feeling of filling out my ballot, even if it was not in the place I thought I would be, felt so good. I will definitely be voting in every other election, no matter the results. Just watching how these past four years have motivated so many people, even in a pandemic, to just register to vote and show up has been pretty inspiring. I think 2016 really motivated a lot of young people to educate themselves on politics and government. Now, it’s almost like it’s trendy to be politically active. Like, it’s cool to be well-informed and to vote, you know? I think it’s a positive trend.

'Virgin River': Will There Be a Season 3 of the Netflix Series?
Entertainment