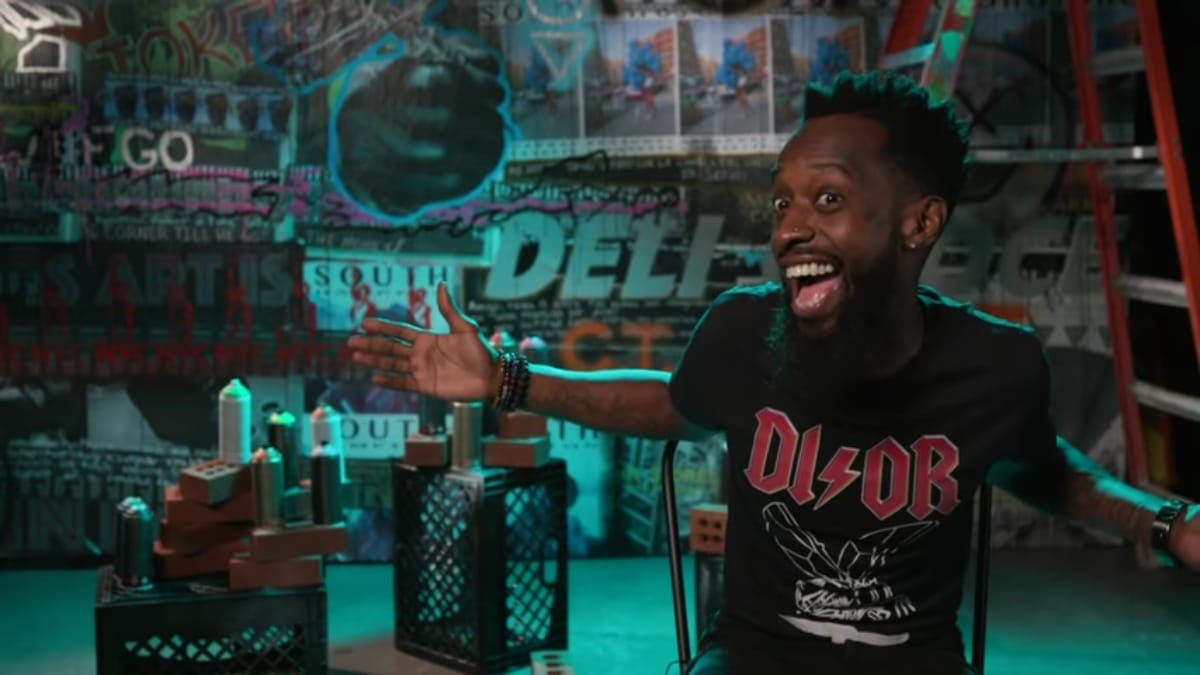 Walt Miller has been a part of the Black Ink Crew cast since the show began on VH1. It wasn’t until Season 6 of the popular series that Walt was upgraded from recurring to a full-time cast member.

During his time on Black Ink Crew, Walt has been through a lot. There was even a point when he was drinking so heavily, that his role on the show was in question. Ceaser Emanuel was looking out for his friend though. And unlike many others that ended up feuding with the Black Ink boss, Ceaser helped Walt to get back on his feet and get sober.

Walt Miller is a photographer by trade but on Black Ink Crew, he’s the assistant manager of 113th.

On the latest episodes of Black Ink Crew, Walt has been bringing his new girlfriend around in the hopes that both his crew and his kids like her. As it turns out, Walt’s kids definitely like Jess, which means he’s got the green light to get more serious. The problem now is that Jess may not have the same vision for the future as Walt.

He has two kids already but wants more. In fact, Walt tells Jess on the latest episode that he sees himself as a grandpa, surrounded by grandkids. Then, Jess absolutely breaks his heart when she confesses, quite bluntly, that she has no interest at all in having more kids. Hers are already grown and she doesn’t want to start over.

Today My Baby Turns 40!!! Yup I OFFICIALLY got me a Cougar In honor of Her Birthday I wrote out 40 Things I Love About Mi Leona 😍😘🍫😋 . . . 40 Things I Love About Jess 1. You’re from The Bronx 2. You’re nice and chocolate 3. Extremely Beautiful 4. You’re Spanish but people won’t know unless they know you or hear you speak it 5. You ain’t no sucka 6. Both book and street smart 7. Great Sense of Humor 8. Know how to dress 9. You’re the life of any party you’re at 10. Reliable 11. Honest 12. Loyal 13. A great friend 14. An amazing mom 15. How we can communicate about anything no matter what we are going through 16. Outstanding Sex 17. True Hustler by any means 18. Love how you can connect anyone to just about anything they’re trying to do 19. You don’t hesitate to do for your community 20. Big music lover 21. Love to read outside of school books 22. Love how it doesn’t take much to enjoy one another 23. You’re very controlling but know how to be submissive as well 24. You Love to Travel 25. You’re dedicated to whatever it is you set out to do 26. Your body is so smooth and soft 27. Your lips are nice and juicy 28. Not mixxxy 29. Don’t throw my past in my face 30. Don’t let up on me getting and keeping my Shit together 31. You’re spiritual as opposed to just being religious 32. You like to play scrabble (which is my favorite game) 33. You inspire me 34. You inspire others 35. You love my kids as if they are you’re own 36. You’re domestic (know how to cook. Not messy) 37. You’re in good health w/ Good Hygiene 38. Honorable (can admit when wrong) 39. Someone I can bounce these ideas off with at night 40. You Love Me . . . Happy Birthday to My Empress @iam_jsparks So Happy and Honored to be in your life and you in mine May You see another 40 and May We still be in each other’s lives loving and living together LOVE YOU WITH ALL OF MY HEART #JessDay #BigEnergy #40 #MyChocolateCougar #HBD #Virgo #TheEarthsOnFire #TheMillers #BlackInkCrew #swipeleft

The hurt in Walt’s face was unmistakable and Jess’ admission could be the end of their relationship as Walt tries to decide what to do. Based on photos posted as recently as this month, it’s likely that Walt got over his dream of having more kids because he and Jess are still together.

That scene, where Walt lays out his future plans, is likely why Black Ink Crew fans have been asking questions about his background and his age.

How old is Walt from Black Ink Crew and what is his net worth?

The assistant manager of 113th is 37 years old and aside from a brief stint where they were with his mom, Walt has made sure to be a presence in his kids’ lives.

There was a time that was documented on Black Ink Crew when Walt wasn’t doing so great. After getting sober and trying to get his life back on track, he was struggling to find housing. With limited options, Walt ended up renting a room from someone living in the projects. When Ceaser and Teddy popped up on Walt to make sure he wasn’t sliding back into old behaviors, they couldn’t believe the way he was living.

Bring Your Kids to Work Day

Then, there was the time that Ceaser took the Black Ink staff on a gambling trip in hopes of winning enough to pay the deposit on a nicer house for Walt so that he could have his kids back in his life. Walt ended up getting the house and proudly showed off his accomplishment to his kids. It even had a backyard, which is a huge deal when living in New York City!

When it comes to Walt Miller’s net worth, there is an estimate that he is worth anywhere from $100,000 to $1 million. That’s quite a large range and it also seems to be a small figure for a man who is a known and published fashion photographer and who has appeared now on eight seasons of Black Ink Crew.

That said, it’s known that Walt from Black Ink Crew definitely isn’t rich, as seen in the way he struggled to find and keep housing on the show. He also was just a recurring character for years, only gaining regular cast member status two seasons ago. Hopefully, his increased exposure and growing popularity with translate when it comes to the bottom line.

Lady Gaga Apologizes To Jimmy Fallon After Awkward Interview
We and our partners use cookies on this site to improve our service, perform analytics, personalize advertising, measure advertising performance, and remember website preferences.Ok