Tayshia Adams’ season of the The Bachelorette got off to a bit of a slow start, which was a nice change of pace after Clare Crawley moved at warp speed during her time as the season lead. But now that things are underway for Tayshia, she’s starting to get a bit more serious about her search for love and making some big cuts in her pool of suitors. So, who does Tayshia send home on The Bachelorette Week 7? This week’s rose ceremony saw four eliminations, so now Tayshia has narrowed down her choices to 12 remaining men.

The Nov. 24 episode of The Bachelorette was filled with group dates. First, Tayshia invited seven of the guys on a "songwriting" date, which Ivan Hall won with his intimate performance. Ivan earned some extra 1-on-1 time with Tayshia, during which they shared a really meaningful conversation about how they’re both mixed race and what their experiences were like. After building that emotional connection with him, Tayshia gave Ivan a rose, thus Ivan was safe from elimination this week.

The next day, it was time for another group date, and this time Tayshia and the guys were joined by Bachelor Nation alums Becca Kufrin and Sydney Lotuaco. The guys got to play a good old-fashioned game of truth or dare, which included insect-filled smoothies and alone time with Tayshia. Zac Clark got some extra time to bond with Tay, and he won this group date rose, marking another guy exempt from the nerves of the impending rose ceremony. 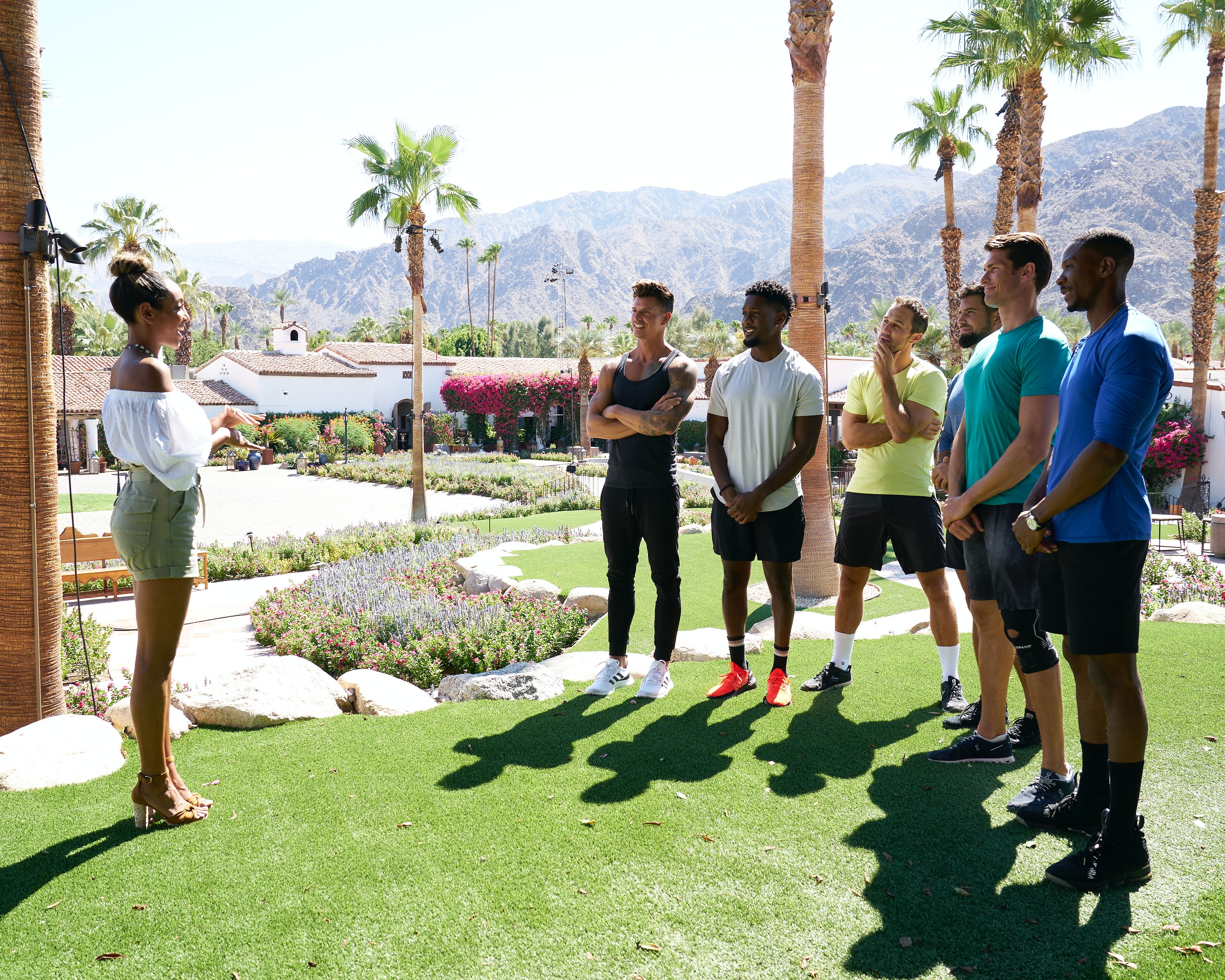 Then, Ben Smith got the chance to smooth things over with Tayshia after she told him she was disappointed he didn’t make an effort to talk to her at the last cocktail party. Meanwhile, Ed Waisbrot accidentally ended up on a 1-on-1 with Chris Harrison, which was… odd, to say the least. But the real drama started when Noah Erb told Tayshia (who already had a group date rose from the previous episode) that some of the guys were questioning her intentions after she gave him the group date rose the previous week.

Tayshia took that opportunity to make her intentions for finding true love very clear. She told the whole group of guys at the cocktail party that she is taking her role as the Bachelorette seriously, and said if anyone doubted her, they could leave right away. No one left then, but Tayshia still sent four guys home by the end of the night: Chasen Nick, Kenny Braasch, Jordan Chapman, and fan-favorite Joe Park.

Now that there are only 12 guys left, Tayshia’s season is getting really real. In the next few weeks, fans can expect to see some real sparks fly during Tayshia’s journey to find love.