If you’ve ever wondered what you’d look like as an animated character, it’s easy to find out, thanks to the cartoon face filter trend that began flooding TikTok in December 2020. The trend has yet to slow down, but as you tap through the filter options in the app yourself, you may be wondering why you don’t have a cartoon face filter on TikTok. Well, it’s actually a Snapchat Lens. Despite the millions of views on videos with the #CartoonFilter tag on TikTok, the filter isn’t actually on the app.

If you’re not familiar, the cartoon face Lens on Snapchat makes you look like a Disney-fied version of yourself with an AR filter. (Seriously, we’re talking major princess ~vibes~.) You’ve likely seen the adorable — and sometimes creepy — filter in your TikTok feed, but you’ll want to turn to Snapchat to use it for yourself. Snapchat first launched the Cartoon Lens on Dec. 5, and it quickly became a hit on other apps, namely TikTok. As of Wednesday, Jan. 13, TikTok videos with the #CartoonFilter tag have garnered nearly 35 million views. So, if you haven’t joined the trend by now, you’ll want to get on it. You can easily upload a video with the Cartoon Lens on TikTok in a few steps: 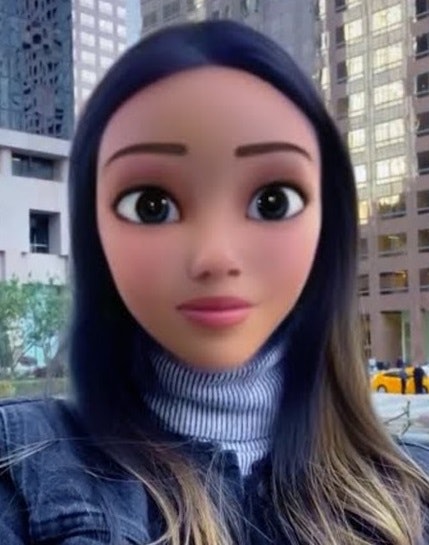 You can also hit the star option below the filter to save it to your "Favorites" roll in Explore for easier access later. 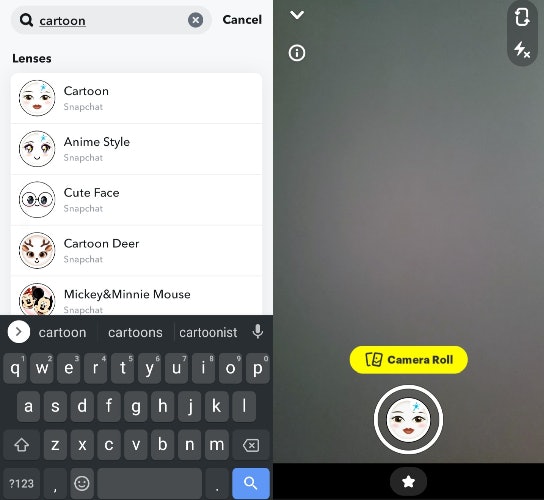 Now that you’ve found and used the filter, you can upload it to TikTok. Open your TikTok app and tap on the plus sign (+) as though you’re about to record. Then, instead of recording, select the Upload icon to the right of the record button. Select the video from your camera roll, edit it in TikTok however you’d like, and post to upload it. Before you put it out there, though, don’t forget to include the hashtag #cartoonfilter to get in on the animated action with everyone else.