Let it go. A Disney princess once imparted this essential life lesson from high atop an icy mountain and the wisdom is as relevant as ever when considering Frozen 2. Is the film as spectacular as the 2013 original? Will it strike the same resonant chord in children of all ages? Will its music linger long after the credits? The answer to all these questions is, of course, no. Frozen was an original once-in-a-generation phenomenon. All sequels by nature are derivative, and G-rated ones, in particular, are strictly continuing adventures of familiar characters. There was zero chance that Frozen could exceed its predecessor, and that’s before you factor in a head-scratching, overcomplicated plot that doesn’t quite add up. And yet … let it go.

That’s because Frozen 2 is still a beautifully designed, sharply written and toe-tapping piece of family entertainment. And as cold as it may be in Arendelle (not to mention outside your window), it’s heartwarming to spend time with our old friends. This time, Elsa the Snow Queen (Idina Menzel) and her devoted younger sister Anna (Kristen Bell) — along with their friends Olaf (Josh Gad), Kristoff (Jonathan Groff) and Sven — head north to the spooky, fog-encased enchanted forest to save the kingdom. Spoiler: The problems will sort themselves out. But there’s still magic to behold in the journey. Here are five reasons why Frozen 2 is a frosty delight. 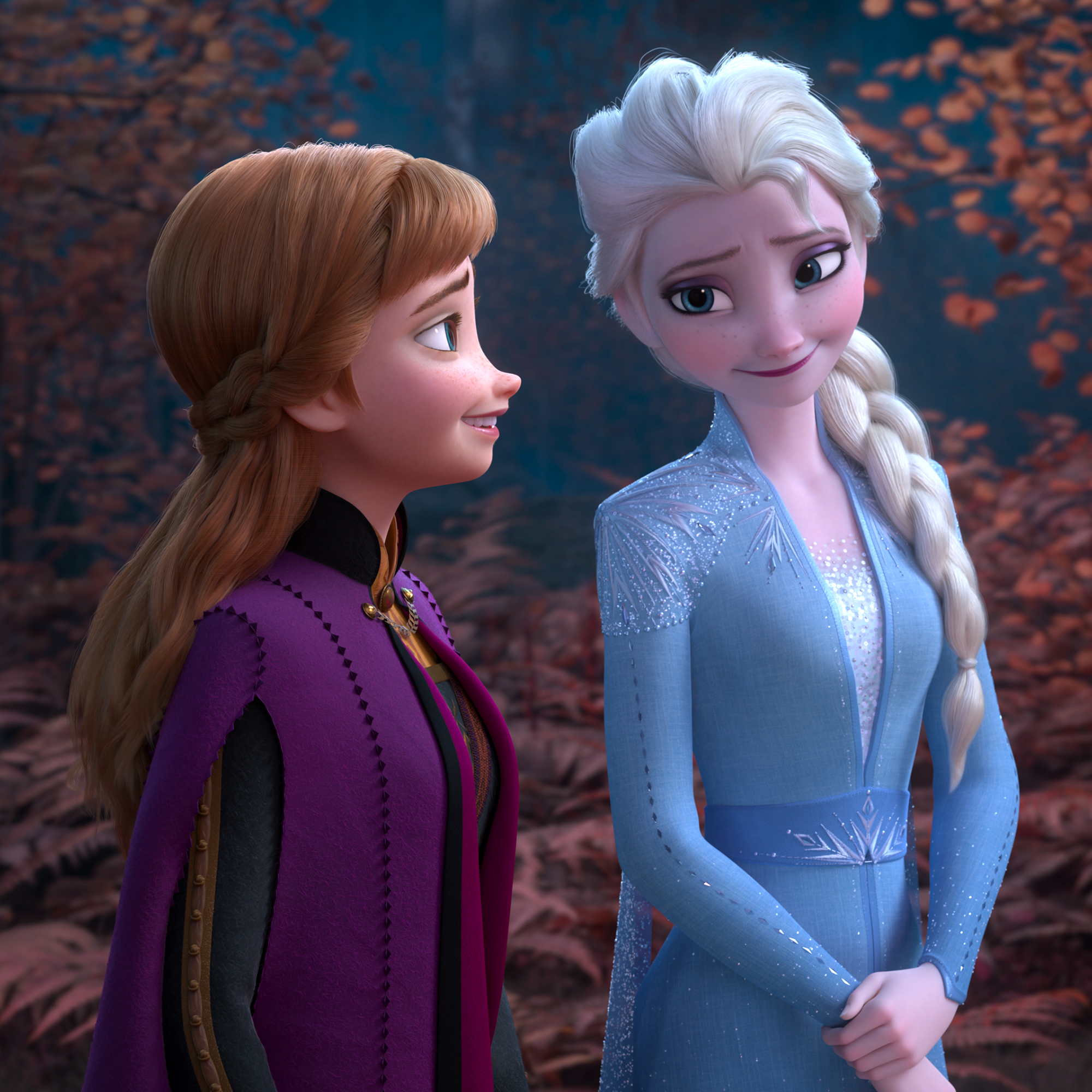 1. Your Burning Questions, Answered
Perhaps you were too busy gaping over Frozen’s visual innovation and surprising tale of sisterly bonding to notice — or care about — some of the narrative shortcomings. Now those loops have been closed. At long last, you’ll learn why Elsa and Anna’s royal mom and dad ditched them and traveled out to sea (where they met their untimely demise). Their past involves a slew of new characters ushered into the present, including a former Arendelle lieutenant guard (Sterling K. Brown) and the leader of the nomadic Northuldra tribe (Martha Plimpton). Queen Elsa also discovers the origin of her frozen-to-the-touch superpowers. And, because the movie would be boring if it solely consisted of dense history lessons, she must rise to the occasion to fulfill her destiny.

2. It’s Music to Your Ears
Again, “Let it Go” is the freezing elephant in the room. The catchy Oscar-winning anthem can’t be duplicated. But the husband-wife team of Kristen Anderson-Lopez and Robert Lopez do try with “Into the Unknown,” which Elsa belts out before she sets out into, uh, the unknown. (If you want to be technical, this occurs after she hears an inner voice that beckons her into the forest.) As she soon as she hits that chorus, chills will run down your spine — along with the possible dread that kids will be singing it in the car for the next several months. But I consider it the “Shape of My Heart” to Backstreet Boys’ “I Want It That Way” and the “My Life Would Suck Without You” to Kelly Clarkson’s “Since U Been Gone.” (Read: Close, but no classic.) I prefer the peppy group number “Some Things Never Change” in the opener and the clever Olaf solo “When I Am Older.” 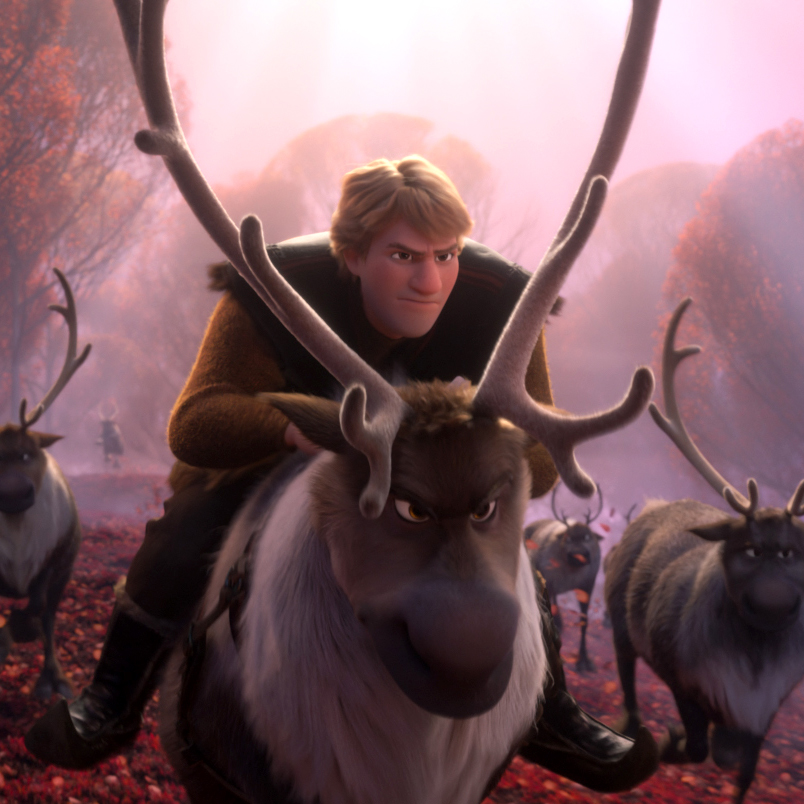 3. Kristoff Is in the Spotlight
This is a biggie course-correction. If you’re going to feature Groff in an animated musical, let the man sing! And yet the Tony-winning actor (Glee, Spring Awakening, Looking) was spoken-word-only as the resourceful Kristoff in Frozen. In the sequel, he not only shows off his pipes, he gets his own solo. And it’s a doozy. The number, “Lost in the Woods,” is a tongue-in-cheek retro power ballad in which an emoting Kristoff pines for his love, Anna. He wants her, he needs her, but she left him. Will his heart go on?! The performance is aimed squarely at parents who had Richard Marx and Boys II Men songs on a mixtape (or CD) way back in the 20th century. Totally awesome!

4. You’ll LOL. A lot.
Frozen 2 is funny, and would probably be even funnier if some of the jokes weren’t ruined in the trailer. As in the original, Gad’s eternally sunny Olaf the snowman supplies the bulk of the humor. The jokes range from small one-liners to jumbo-sized monologues, and all it is hilarious. Especially that monologue. Bell also has some nice moments; though Anna is no longer seeking out her lost and emotionally detached sister, she’s still neurotic and scrappy. The humor is quick, witty and, most important, necessary. That’s because . . .

5. The Story Is Sophisticated
I’ve read complaints (via social media hot takes) that Frozen 2 is much darker than its original and may frighten for small children. I wouldn’t go that far. However, it is fair to say that the franchise has grown up. Anna isn’t just a girl falling in love with the first guy who pays attention to her; she and Kristoff are ready to be engaged. Though our friends start out as a unit, they ultimately separate and learn how to persevere on their own. They must look within instead of banding together to stop a conniving villain. Themes include betrayal, grief and deception that apparently span several generations in Elsa and Anna’s family. Then again, so is the message of love. Is your heart melting yet?

Frozen 2 is in theaters Friday, November 22.