We’ve missed Adele so much over the past few years during her music hiatus, and now that she’s armed with her new album, she is everywhere. The Grammy winner was seen at the Los Angeles Lakers basketball game on Tuesday with her boyfriend Rich Paul by her side and she looked fabulous.

Adele was dressed from head to toe in a gorgeous, buttery brown leather outfit. The top plunged in a V-shape and the crop pants hugged her figure in all of the right places. She looked so happy to be spending time with her sports agent boyfriend as they sat courtside to watch the NBA game. The “Someone Like You” singer described Paul as “incredibly arrived” in her recent American Vogue interview. It’s wild—and there is no second-guessing,” she explained. “I’m a 33-year-old divorced mother of a son, who’s actually in charge. The last thing I need is someone who doesn’t know where they’re at, or what they want. I know what I want. And I really know what I don’t want.” 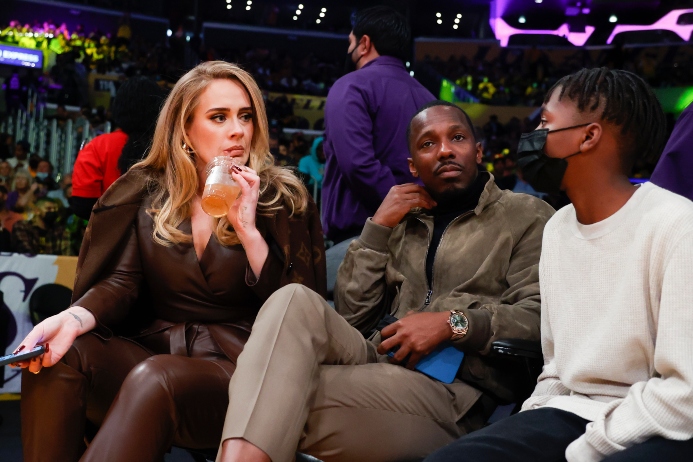 She did a lot of work on herself after her marriage to Simon Konecki collapsed in 2019 and invested in getting herself to a healthy place — both mentally and physically. “Which I’d been avoiding: Not being sure if someone who is supposed to love you, loves you, and doesn’t prioritize you in any capacity when you’re little,” she shared. “You assume it and get used to it.” But the best part of her journey was about loving herself and that shines through in the most recent pictures taken of her and Paul. 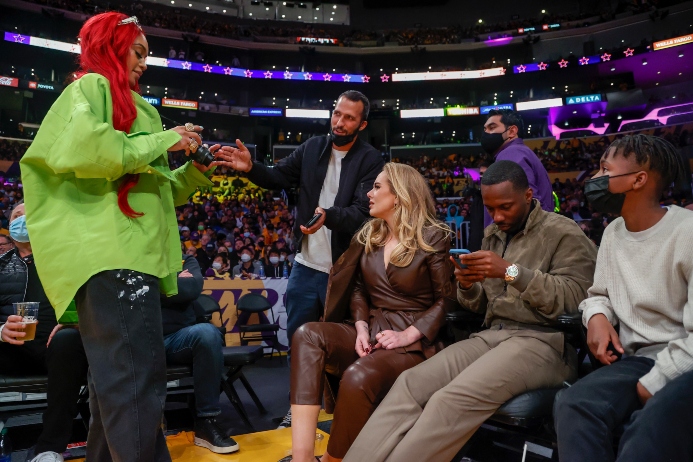 Fans will get to learn more about her five-year hiatus on Nov. 14 when she sits down with Oprah Winfrey and gives an exclusive concert on CBS, Adele One Night Only, in support of her new album, 30. Viewers can expect an inside look at her music, but we also know Winfrey is going to get to the heart of her journey.

Before you go, click here to see celebrity couples where the woman has a higher net worth.