In “Army of the Dead,” Dave Bautista stars as a former war hero leading a ragtag group of soldiers-turned-thieves on a mission to claim the contents of an impenetrable safe from within a zombie-infested post-apocalyptic Las Vegas. Zack Snyder wrote and directed the action-horror flick, which combines two of our favorite genres (heist and zombie) and debuts on Netflix on May 21, 2021. (Early reviews are in, and it’s looking good: “Army of the Dead” has a 75% fresh rating with critics on Rotten Tomatoes.) To mark the occasion, Wonderwall.com is taking a look back at more of the all-time greatest zombie movies.

RELATED: The best horror movie franchises of all time

Zack Snyder actually made his feature film directorial debut in the zombie genre with 2004’s “Dawn of the Dead.” Sarah Polley, Michael Kelly, Ving Rhames, Mekhi Phifer, Kevin Zegers and Ty Burrell were among the bold-faced names who portrayed survivors of the zombie apocalypse forced to shelter together in a suburban mall in the remake of the 1978 film of the same name. The horror flick performed well at the box office and with critics alike, earning a 75% fresh rating on Rotten Tomatoes.

RELATED: A-listers who got their starts in horror films

It’s one of the greatest horror films of all time! George A. Romero directed the original “Dawn of the Dead,” which centers around a small group of survivors hiding out in a suburban shopping mall amid the zombie apocalypse. Scott Reiniger, Gaylen Ross, David Emge and Ken Foree starred in the 1979 masterpiece, which has a 94% fresh rating with critics on Rotten Tomatoes.

Up next is the film that started it all: George A. Romero’s feature film directorial debut, “Night of the Living Dead.” The horror flick centers around a group of strangers (led by Duane Jones as Ben) who hide out in a Pennsylvania farmhouse after the dead suddenly begin reanimating to feast on the living. The 1968 classic has a 97% fresh rating with critics on Rotten Tomatoes and spawned several sequels, remakes and related films.

Edgar Wright livened up the zombie genre with the 2004 zom-com “Shaun of the Dead,” which follows an aimless electronics salesman (Simon Pegg) struggling to survive a zombie outbreak in London with his slacker best friend (Nick Frost), kind mother and exasperated ex-girlfriend. Surprisingly, hilarity ensues in the outrageous comedy, which scored a 92% fresh rating with critics on Rotten Tomatoes.

Amid the explosion of the zom-com genre following the success of “Shaun of the Dead,” Woody Harrelson, Jesse Eisenberg, Emma Stone and Abigail Breslin teamed up for 2009’s “Zombieland.” They starred as two pairs of survivors who team up on the road to California in the wake of the zombie apocalypse in the hysterical horror-comedy, which was a bona fide hit at the international box office, scored an 89% fresh rating with critics on Rotten Tomatoes and spawned a 2019 sequel: “Zombieland: Double Tap.”

Eventually, the zom-com genre gave way to the zom-rom-com genre… as exemplified perfectly in 2013’s “Warm Bodies,” which is based on a 2010 novel of the same name. Nicholas Hoult starred as R, a zombie who regains his humanity when he falls in love with a survivor named Julie (Teresa Palmer). The film performed well at the box office and received mostly positive reviews from critics, scoring an 81% fresh rating with critics on Rotten Tomatoes.

The 2002 action-horror film “Resident Evil,” which is based on a video game series of the same name, centers around a security operative (Milla Jovovich’s Alice) who’s forced to descend into a genetic research facility after an evil corporation unleashes a number of horrors — including a horde of the undead. Critics may have loathed the zombie flick, but it still performed well at the box office and managed to spawn five sequels. A seventh installment in the long-running franchise, “Resident Evil: Welcome to Raccoon City,” is due in late 2021.

Even Brad Pitt took a stab at the zombie genre. He starred in 2013’s “World War Z” — which was a massive hit at the international box office in spite of mostly mediocre reviews — as a former UN field agent tasked with investigating a global zombie pandemic. The globe-spanning action-horror flick is based on the 2006 novel of the same name.

A zombie movie for the whole family! The 2012 stop-motion comedy-horror film “ParaNorman” — which earned an Oscar nomination for best animated feature and scored an 89% fresh rating with critics on Rotten Tomatoes — focuses on a boy who can talk to the dead and his misadventures when his small town is overrun by zombies. The all-star voice cast includes Anna Kendrick, Leslie Mann, Casey Affleck, Christopher Mintz-Plasse and Kodi Smit-McPhee in the title role.

We love a genre mashup! Lily James starred as a zombie-slaying version of iconic literary heroine Elizabeth Bennet in 2016’s “Pride and Prejudice and Zombies,” which is based on the 2009 novel of the same name… which is based on the 1813 Jane Austen novel “Pride and Prejudice.” It was a box office flop and tanked with critics, scoring a 46% rotten rating on Rotten Tomatoes, but we loved it all the same! Suki Waterhouse, Bella Heathcote, Ellie Bamber and Millie Brady portrayed the other Bennet sisters, while British heartthrobs including Sam Riley, Douglas Booth, Jack Huston and Matt Smith took on the male roles.

We’d be remiss if we didn’t include at least one offering from the Nazi-zombie sub-genre! We have a soft spot for 2018’s “Overlord,” which follows a group of American soldiers who discover a Nazi-run research facility — where innocent villagers have been transformed into zombie-like monsters — while on a mission behind enemy lines during WWII. Wyatt Russell starred in the action-horror flick, which scored an 81% fresh rating with critics on Rotten Tomatoes.

Of course, there’s another Nazi-zombie flick that rules the genre: 2009’s “Dead Snow.” The Norwegian horror-comedy centers around a group of students who are ambushed by undead members of the Third Reich while vacationing at a secluded cabin. The B-movie, which scored mediocre reviews (it holds a 69% fresh rating with critics on Rotten Tomatoes), has become a cult classic over the years.

In 2003’s “28 Days Later,” Cillian Murphy starred as a man who awakes from a coma to discover that a rage-inducing virus has turned the inhabitants of Great Britain into zombie-like killing machines. Although the infected aren’t technically dead in this Danny Boyle-directed thriller, it’s still one of the most terrifying “zombie” movies ever made! The horror flick scored an 87% fresh rating with critics on Rotten Tomatoes and spawned a star-studded 2007 sequel, “28 Weeks Later.” For years now, there have been talks of making a third installment in the series to be titled “28 Months Later.”

Sam Raimi’s “Evil Dead” film franchise kicked off in 1981 with “The Evil Dead,” which centers around Bruce Campbell’s Ash Williams, who faces off against the Deadites (undead spirts that possess the bodies of the living, essentially turning them into zombies) after accidentally discovering the Book of the Dead. (Yes, we know: Bruce has said that Deadites and zombies are “different species,” but they’re basically the same, right?!) The extremely low-budget horror film, which scored a 95% fresh rating with critics on Rotten Tomatoes, became an instant cult classic. It went on to spawn two sequels, a 2013 reboot and a three-season Starz series, “Ash vs Evil Dead.” Another film in the franchise, “Evil Dead Rise,” is reportedly in the works. 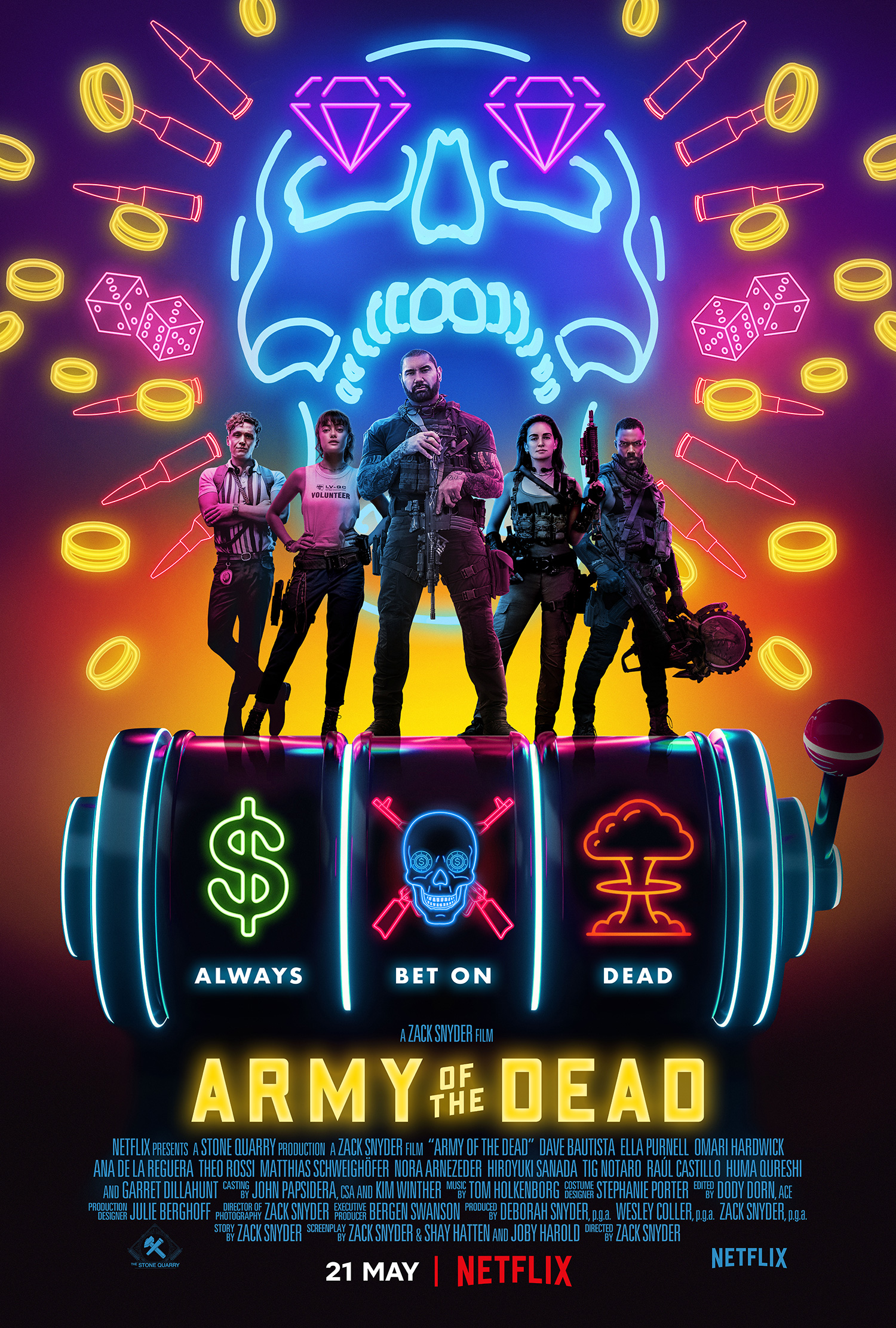 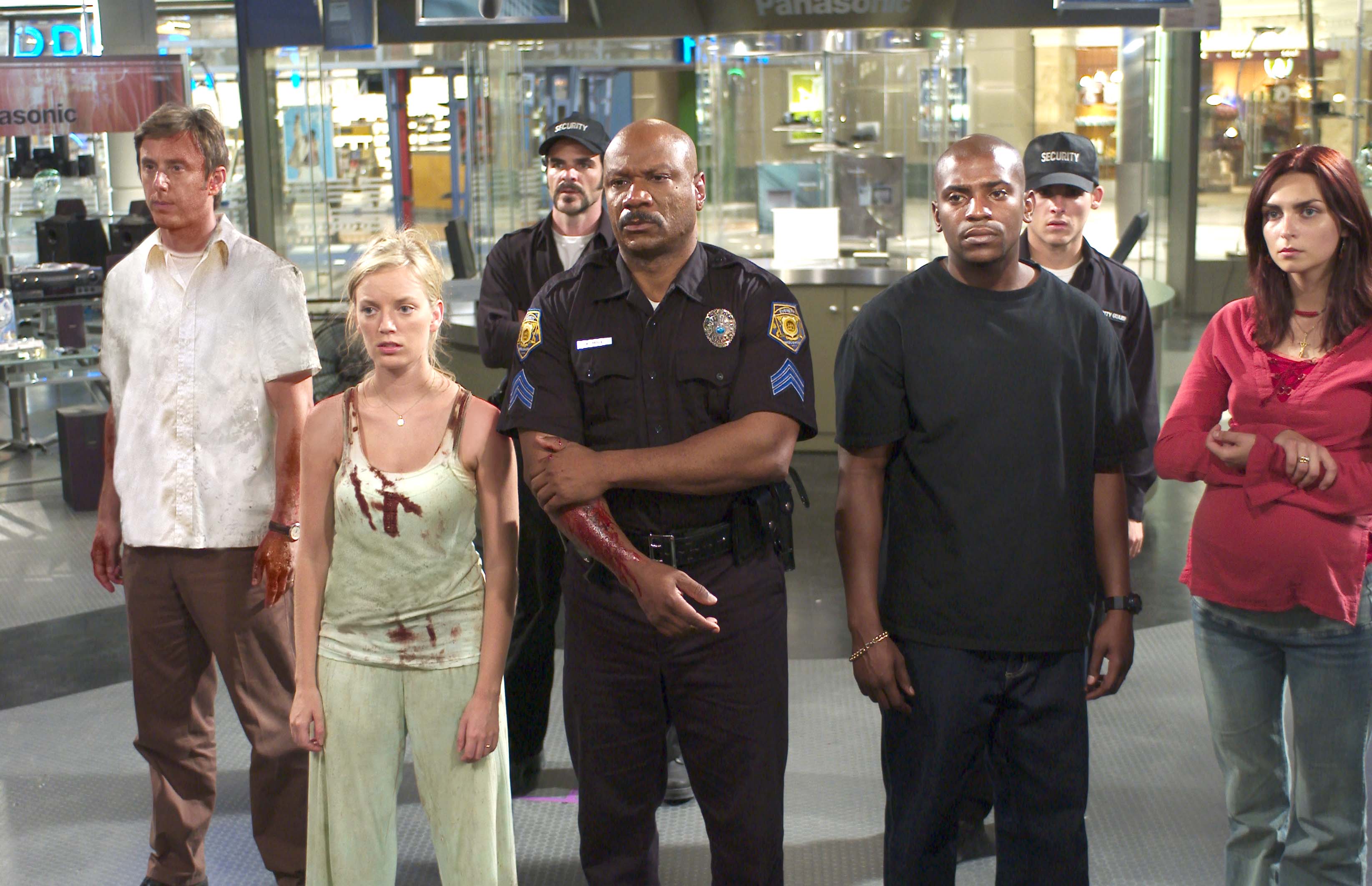 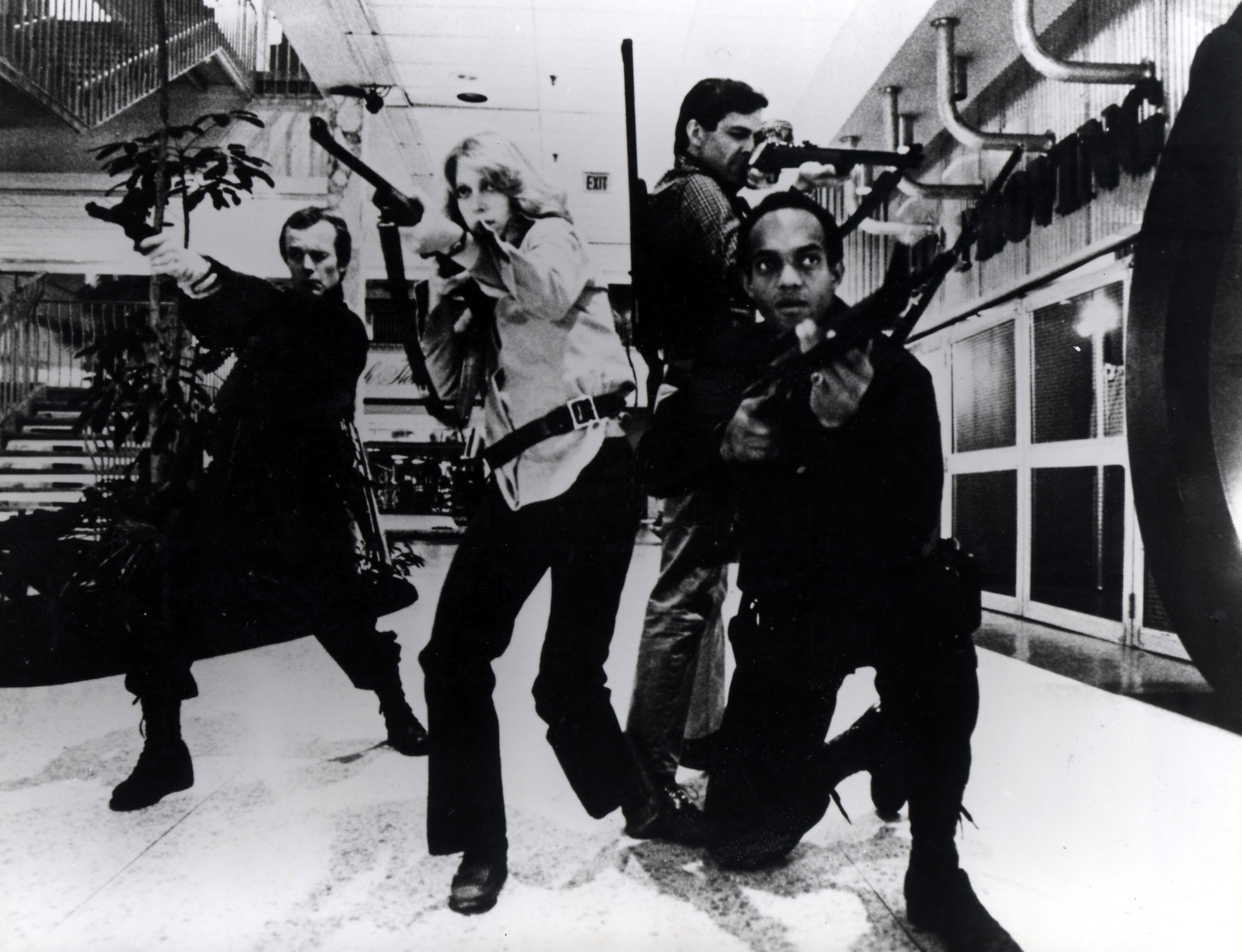 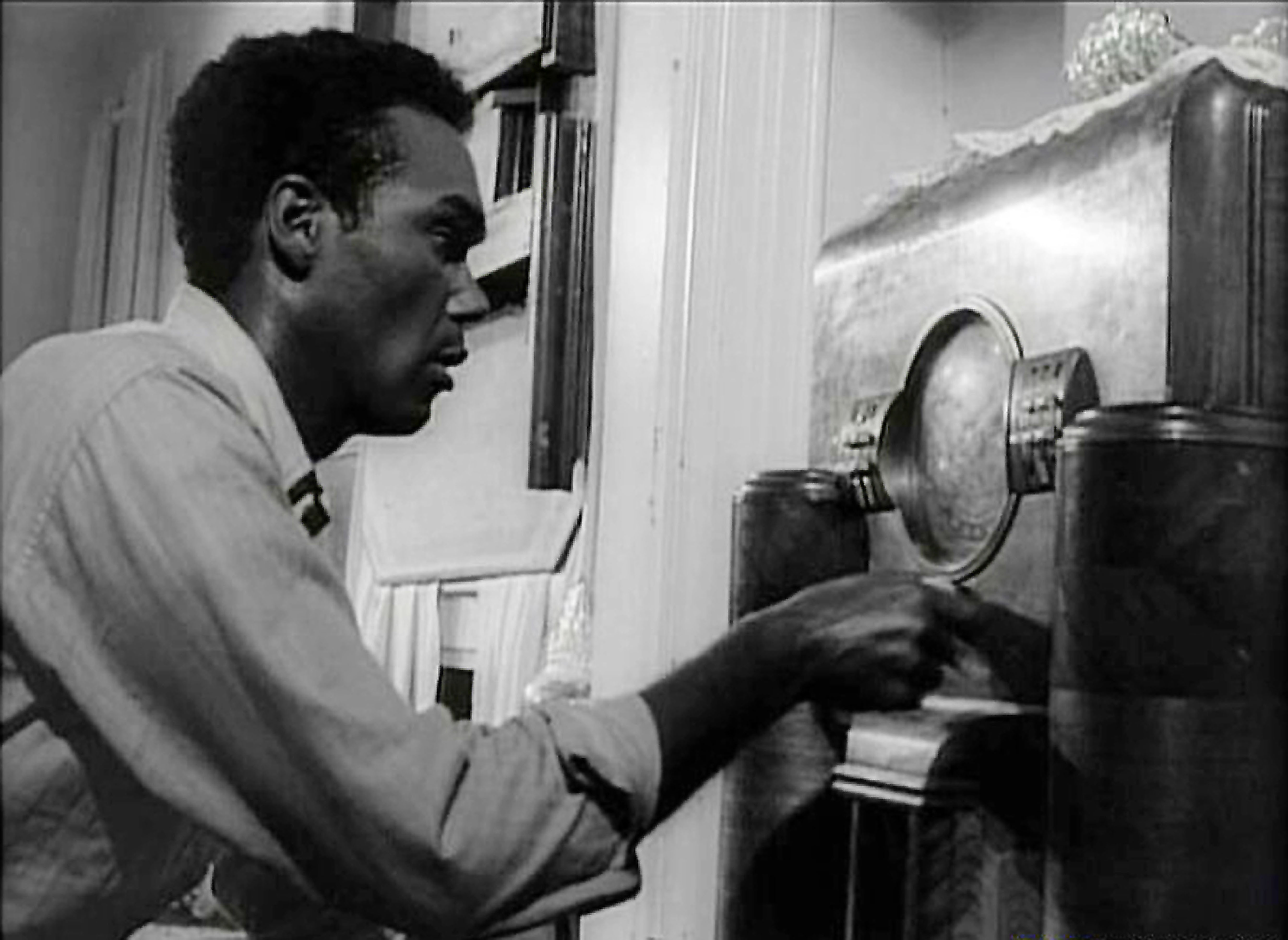 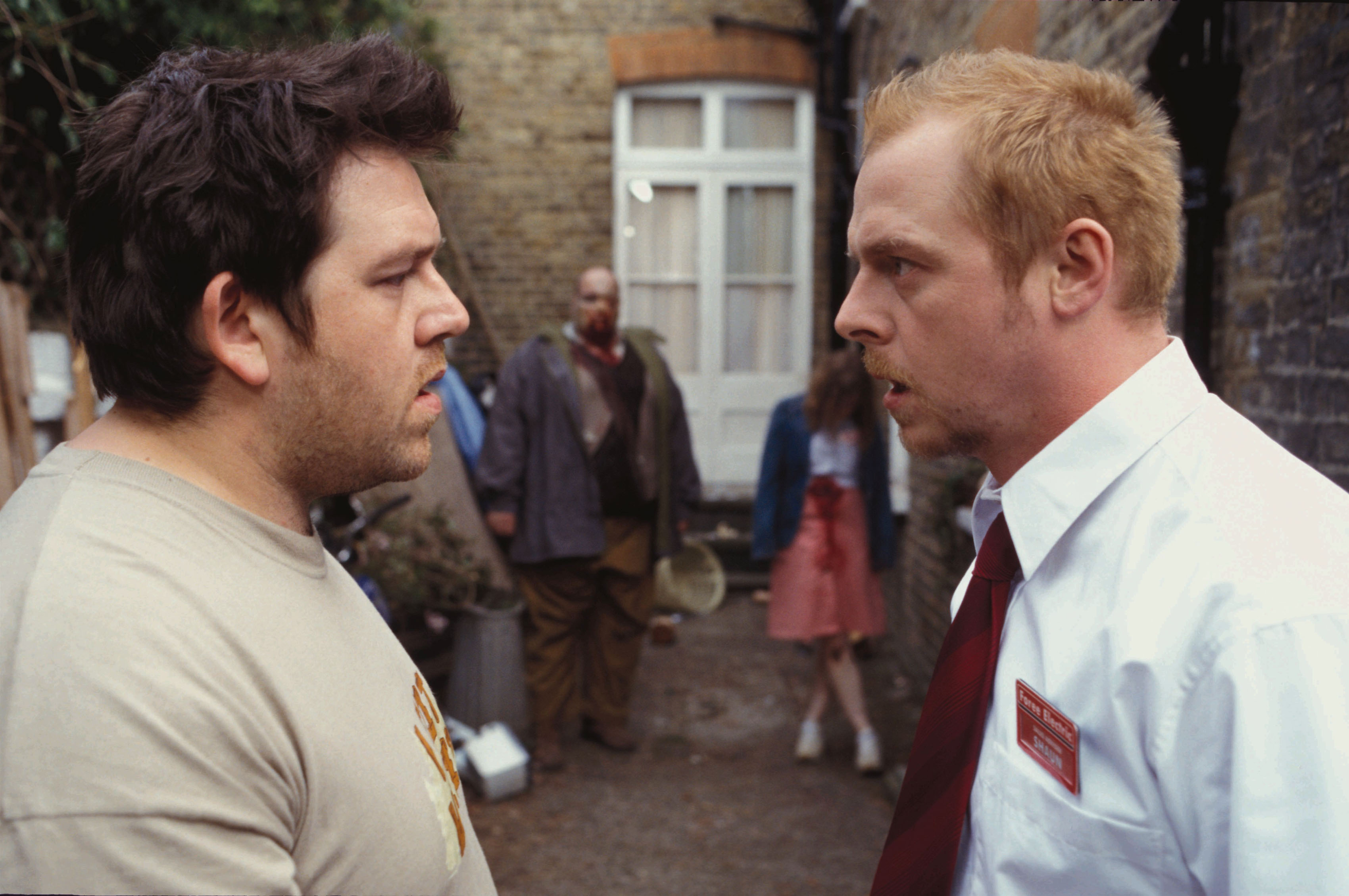 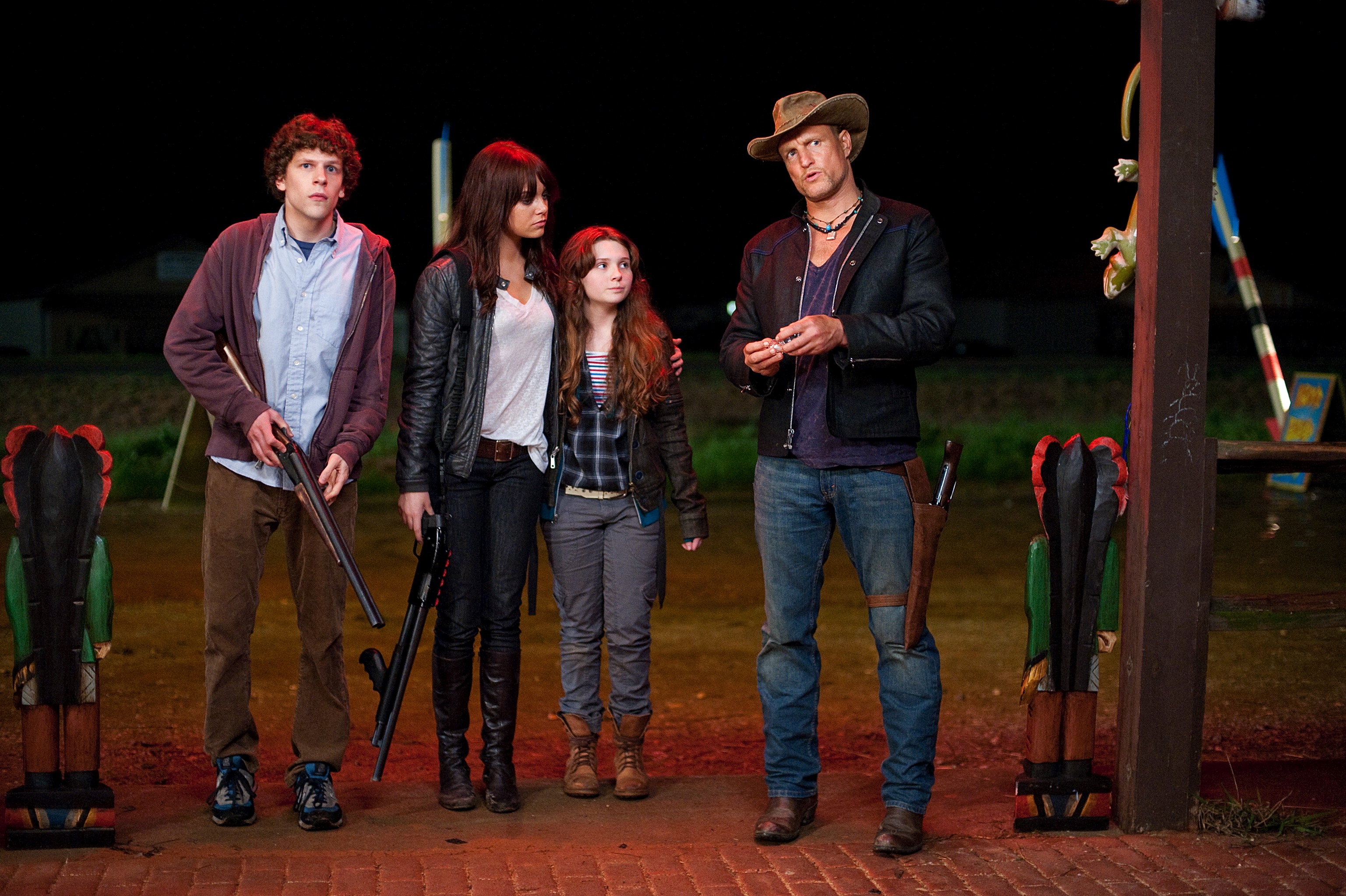 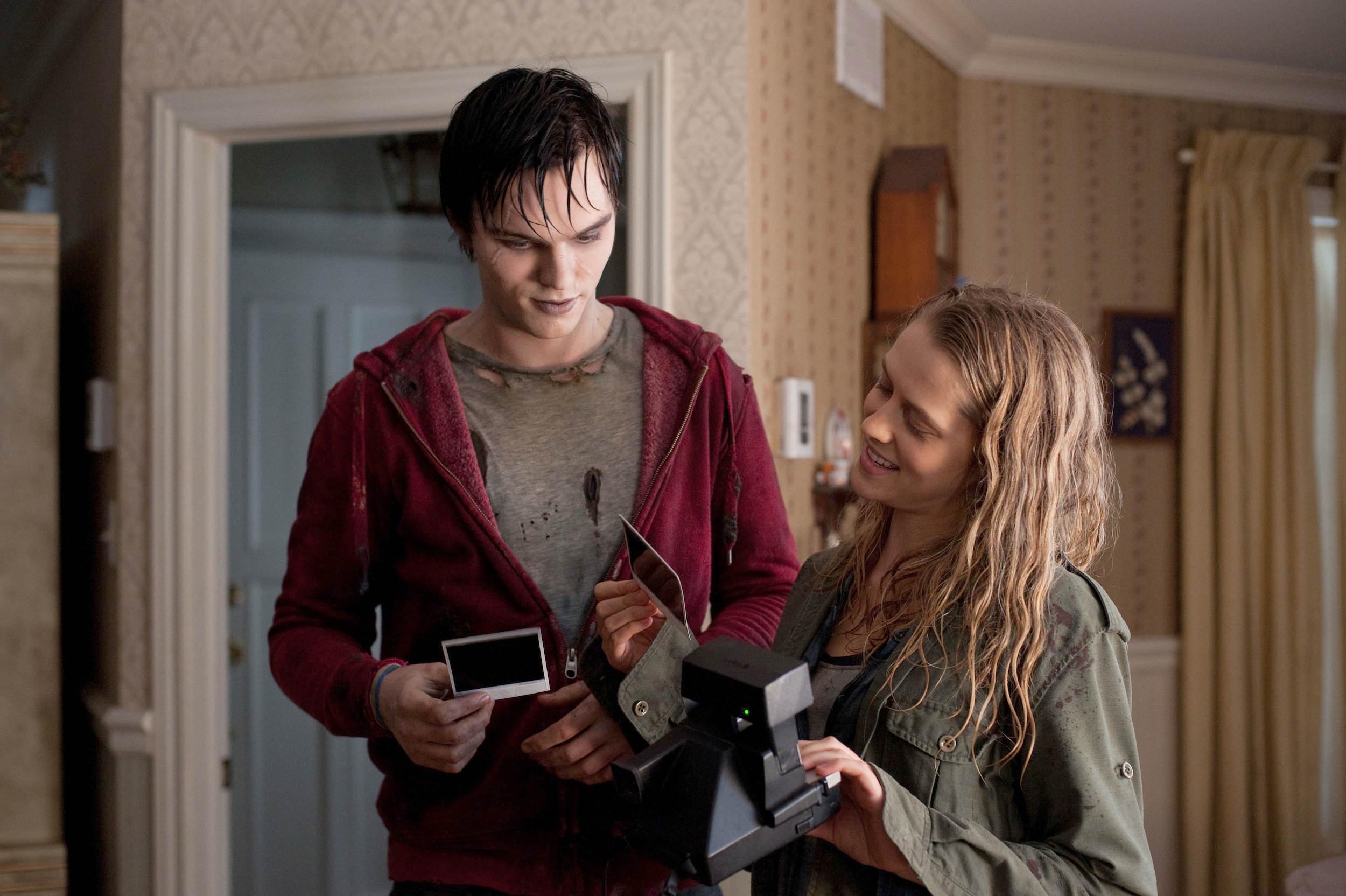 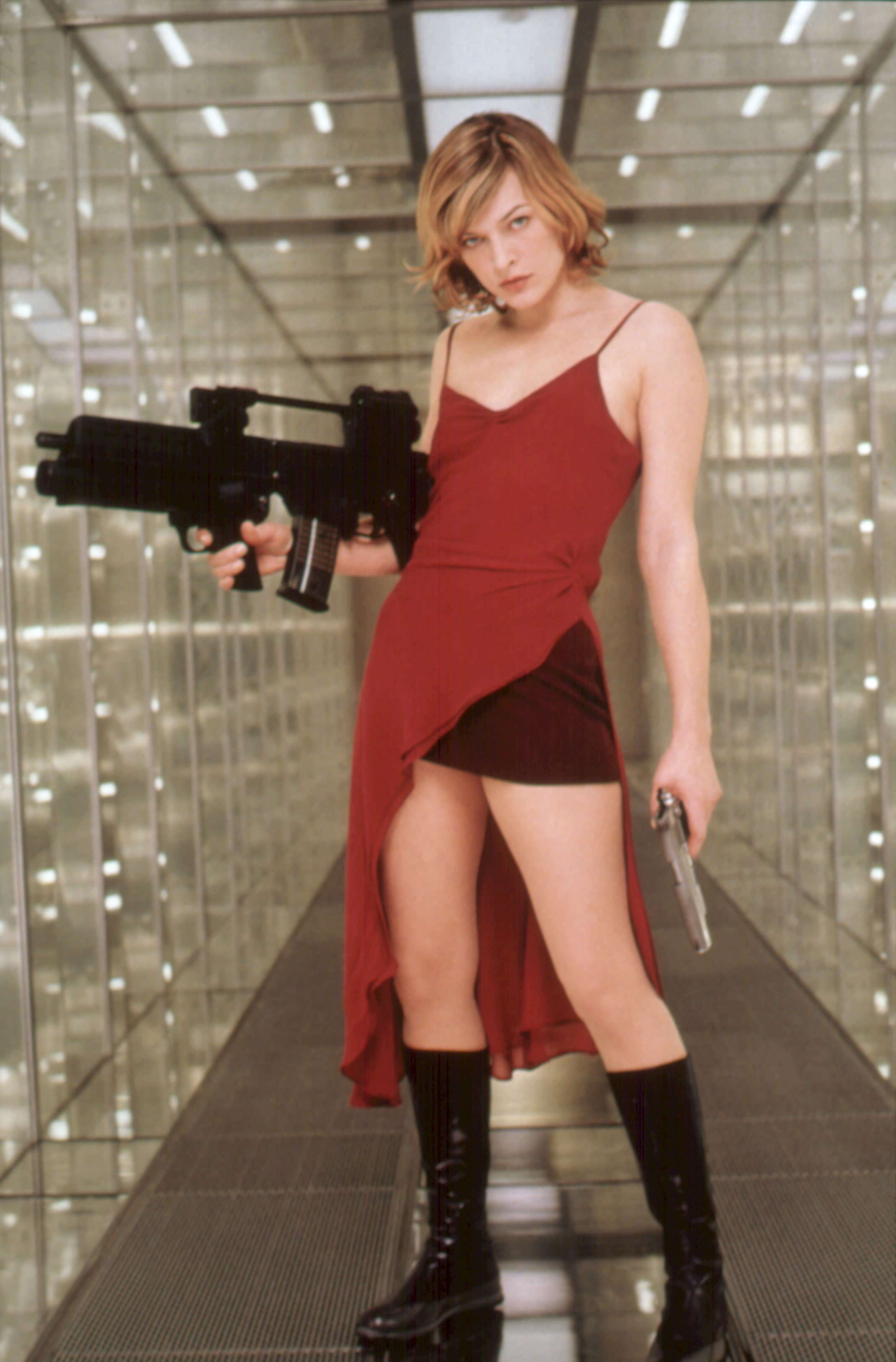 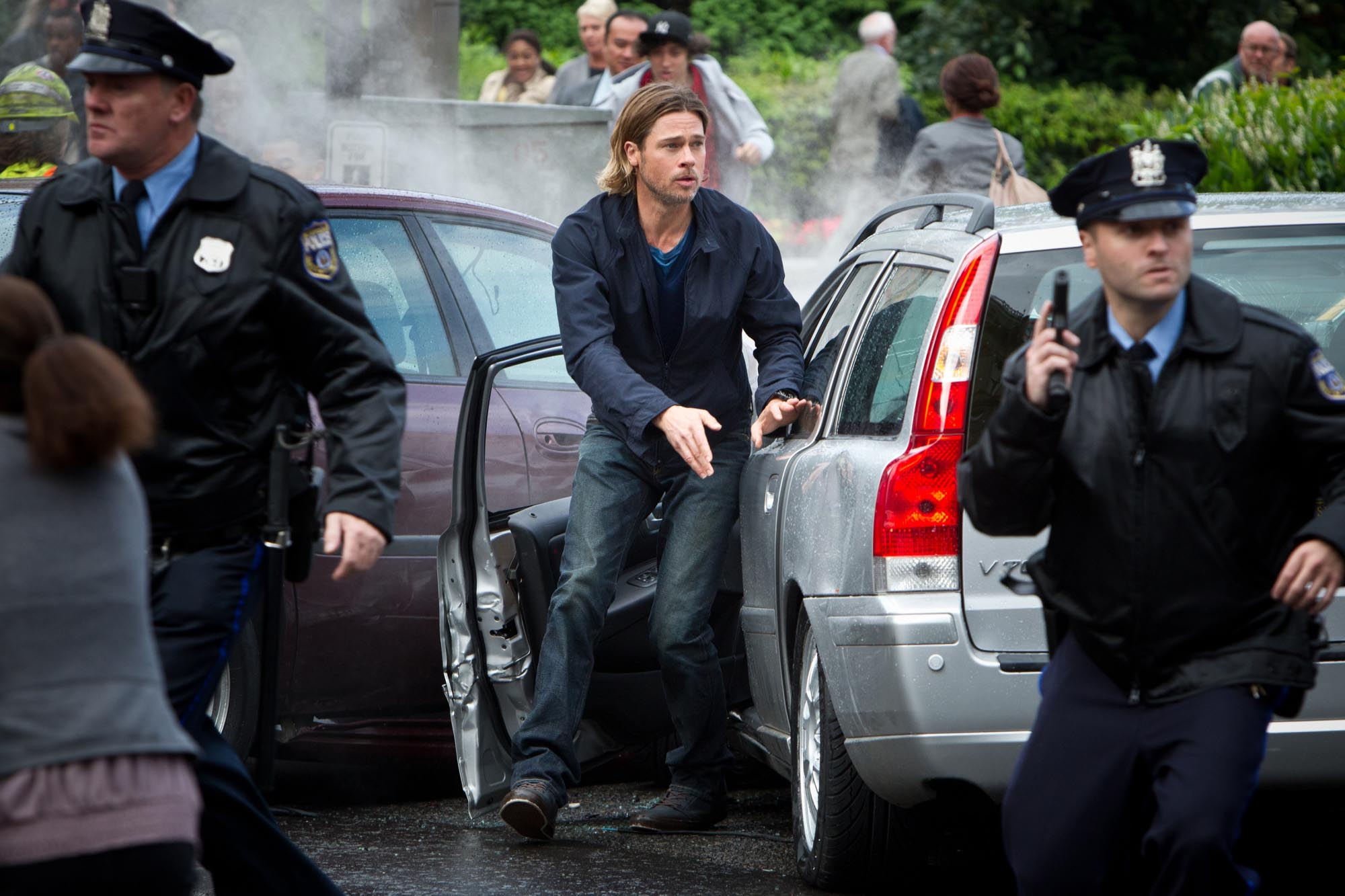 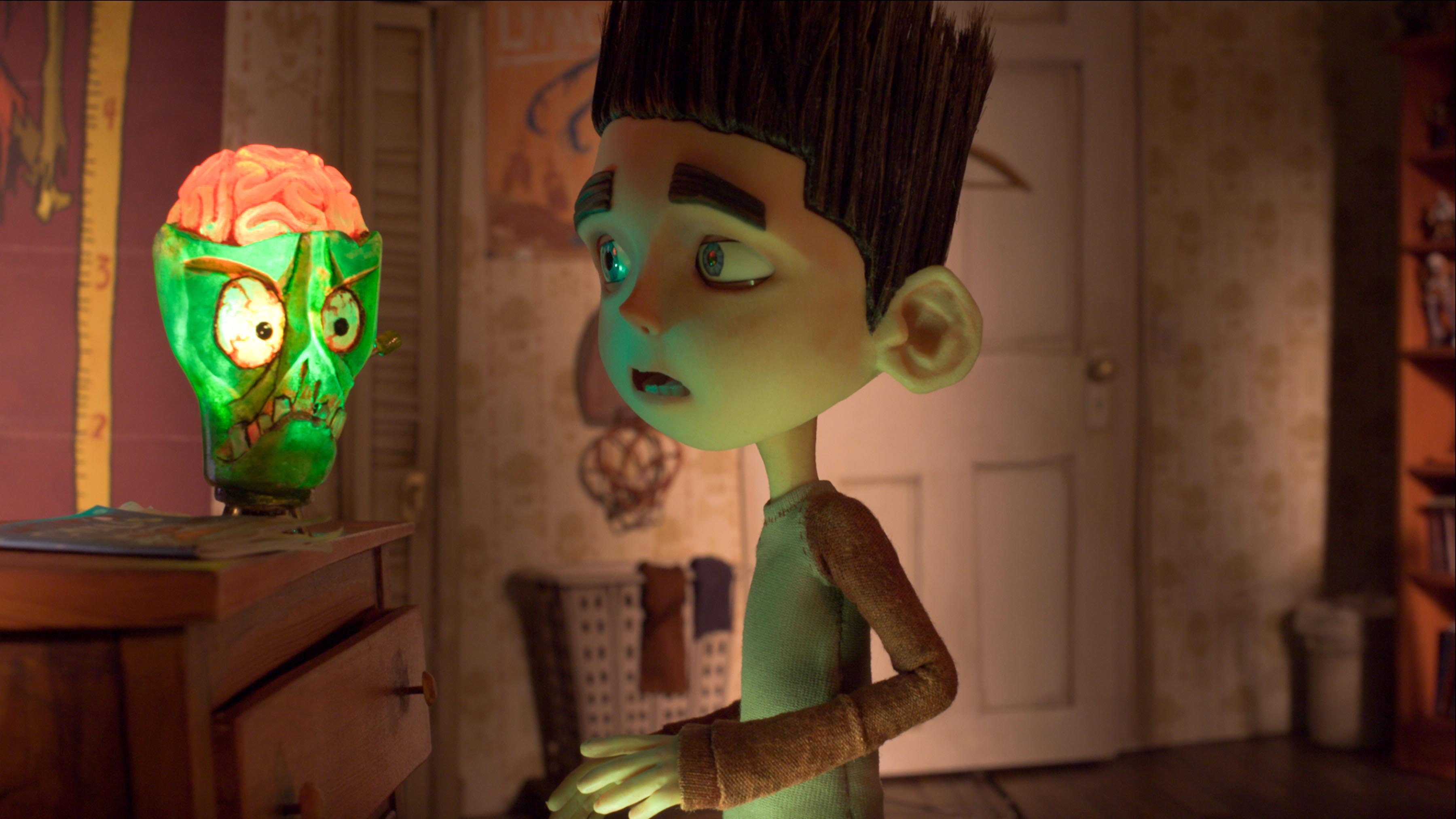 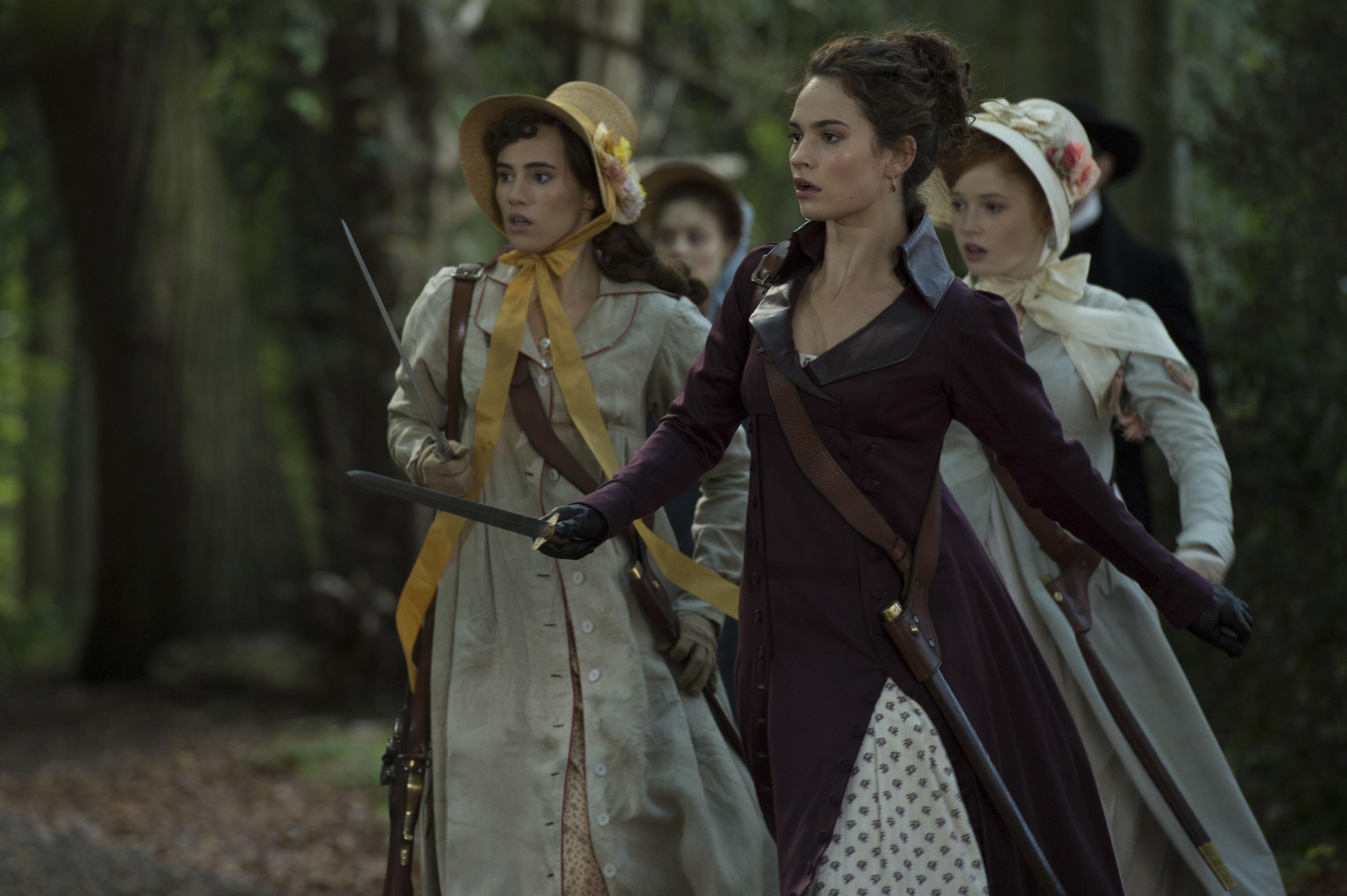 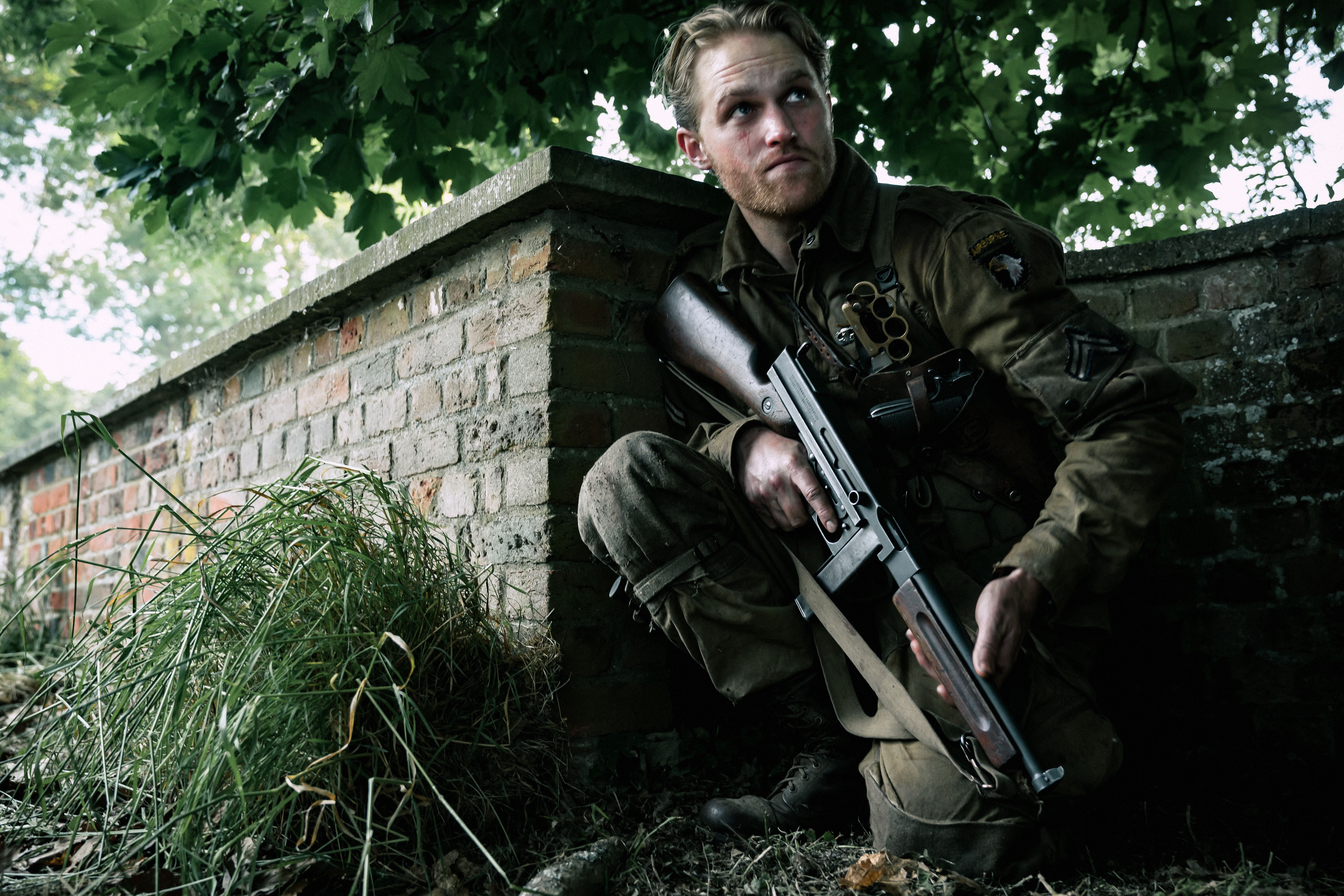 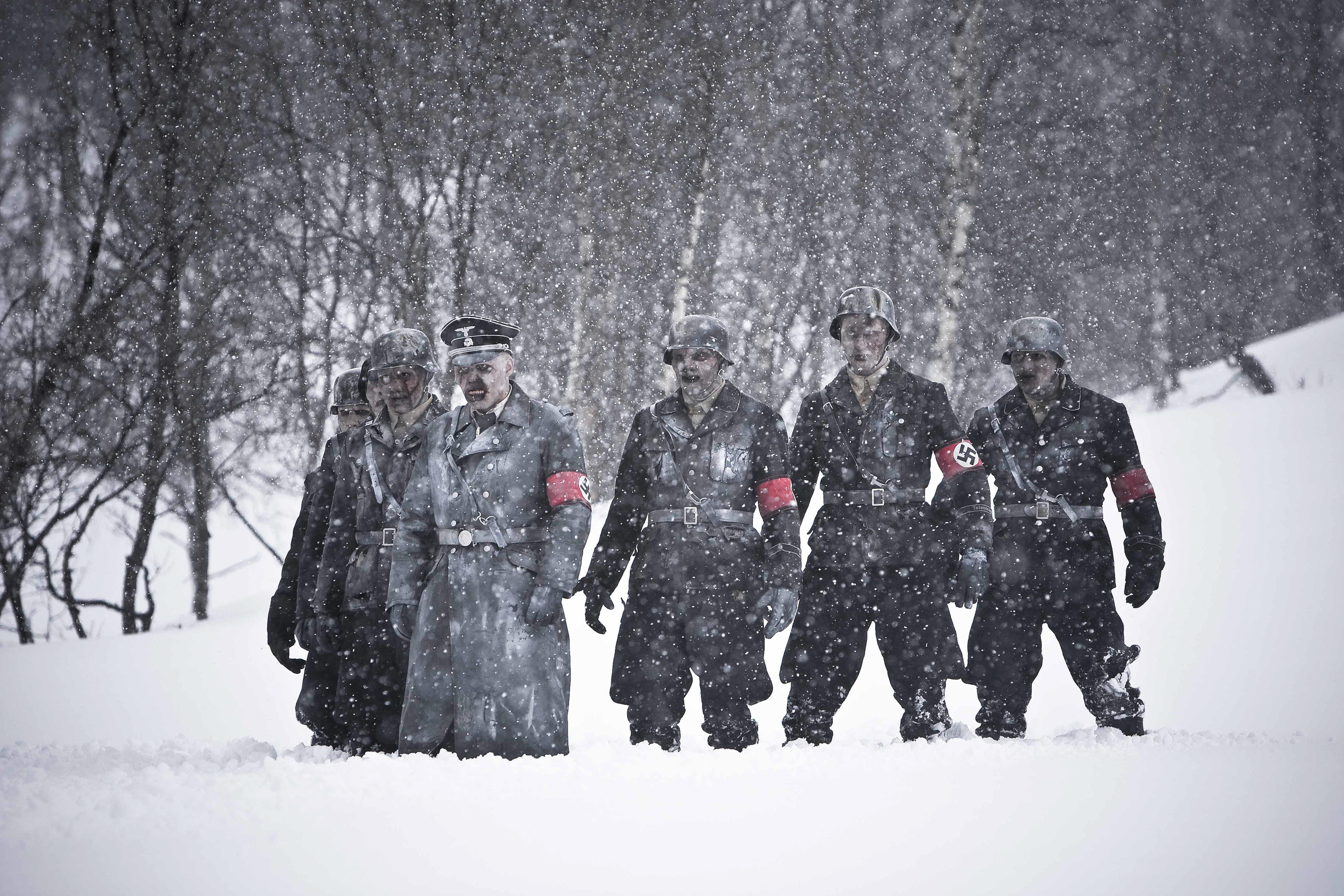 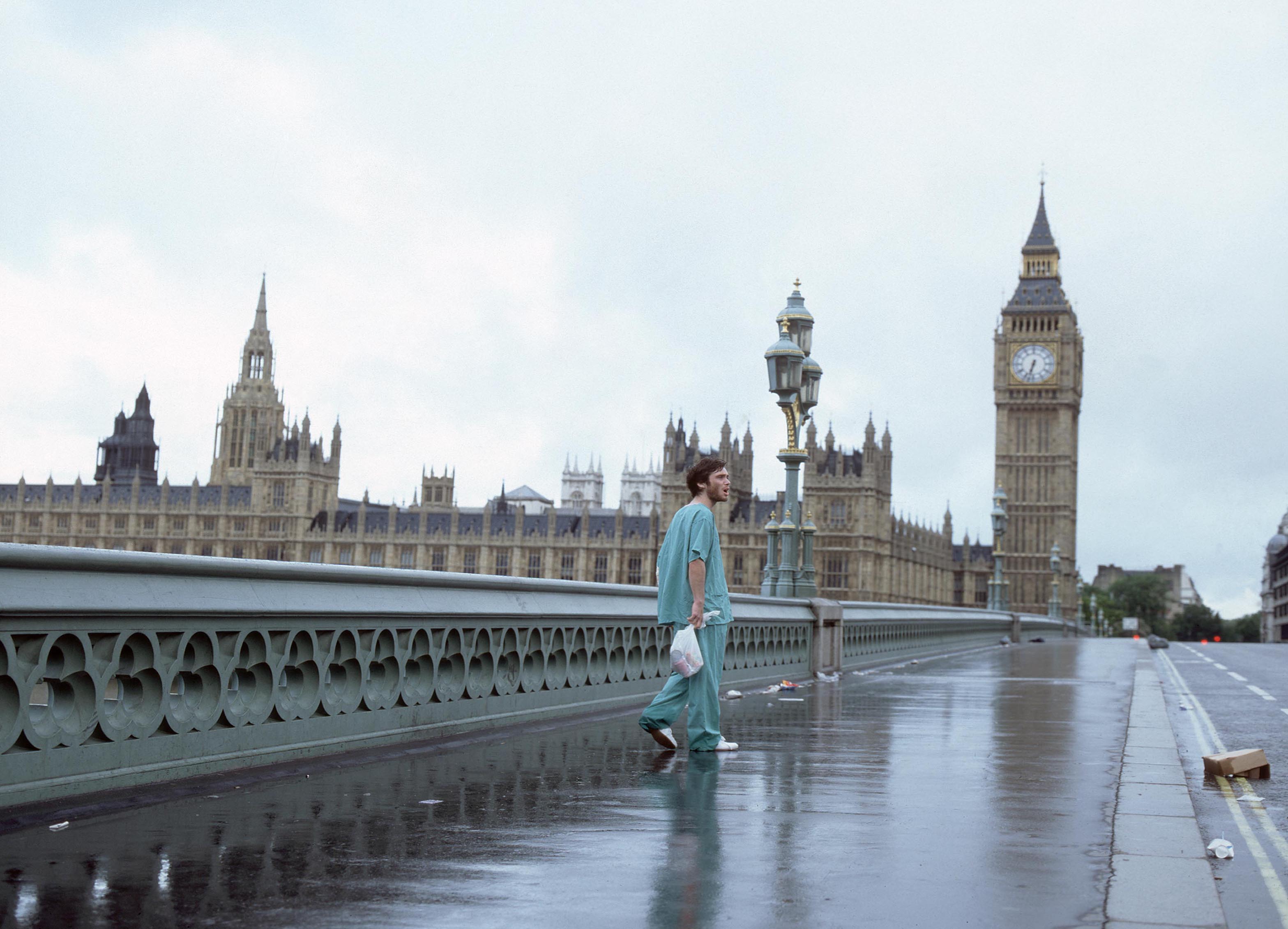 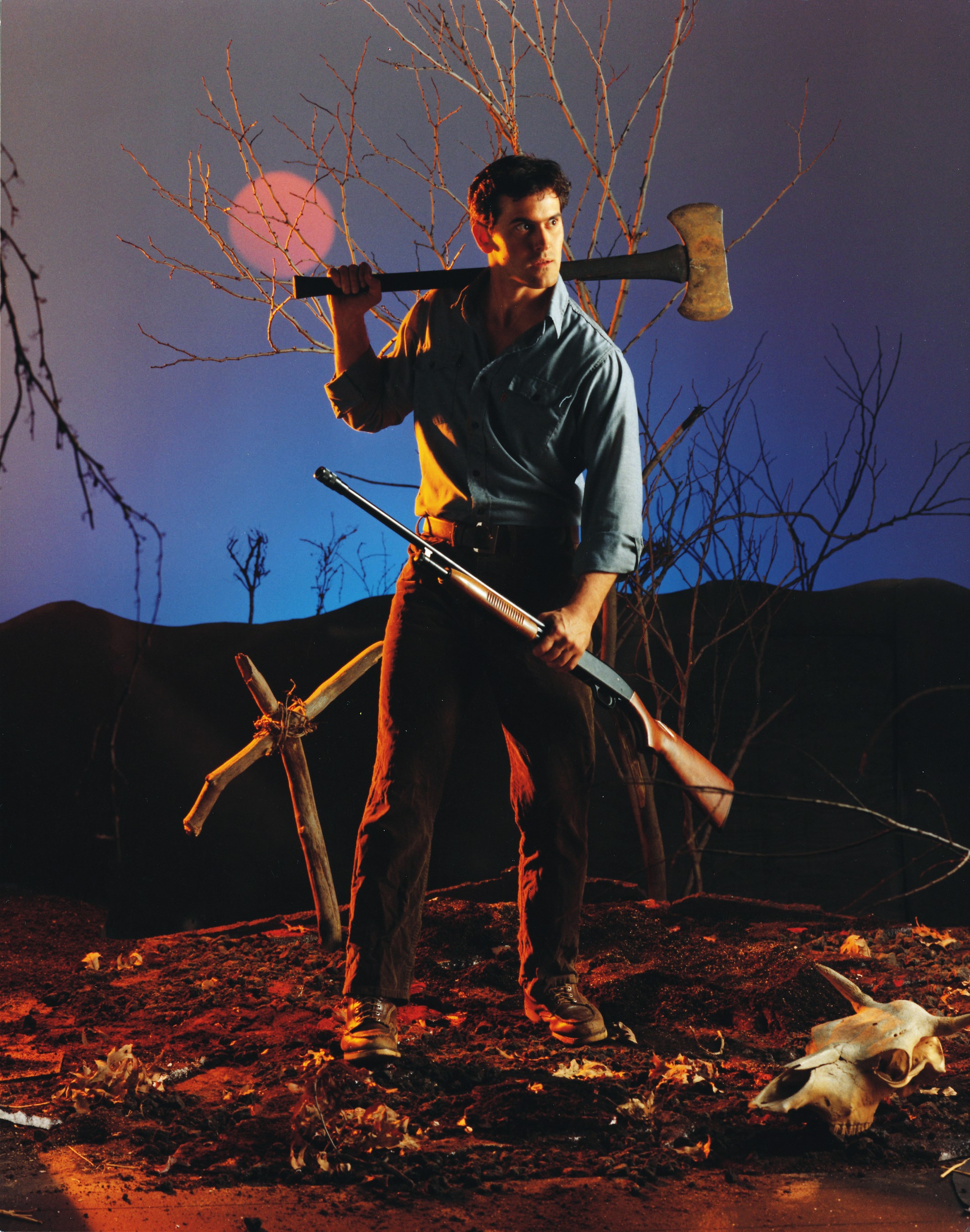 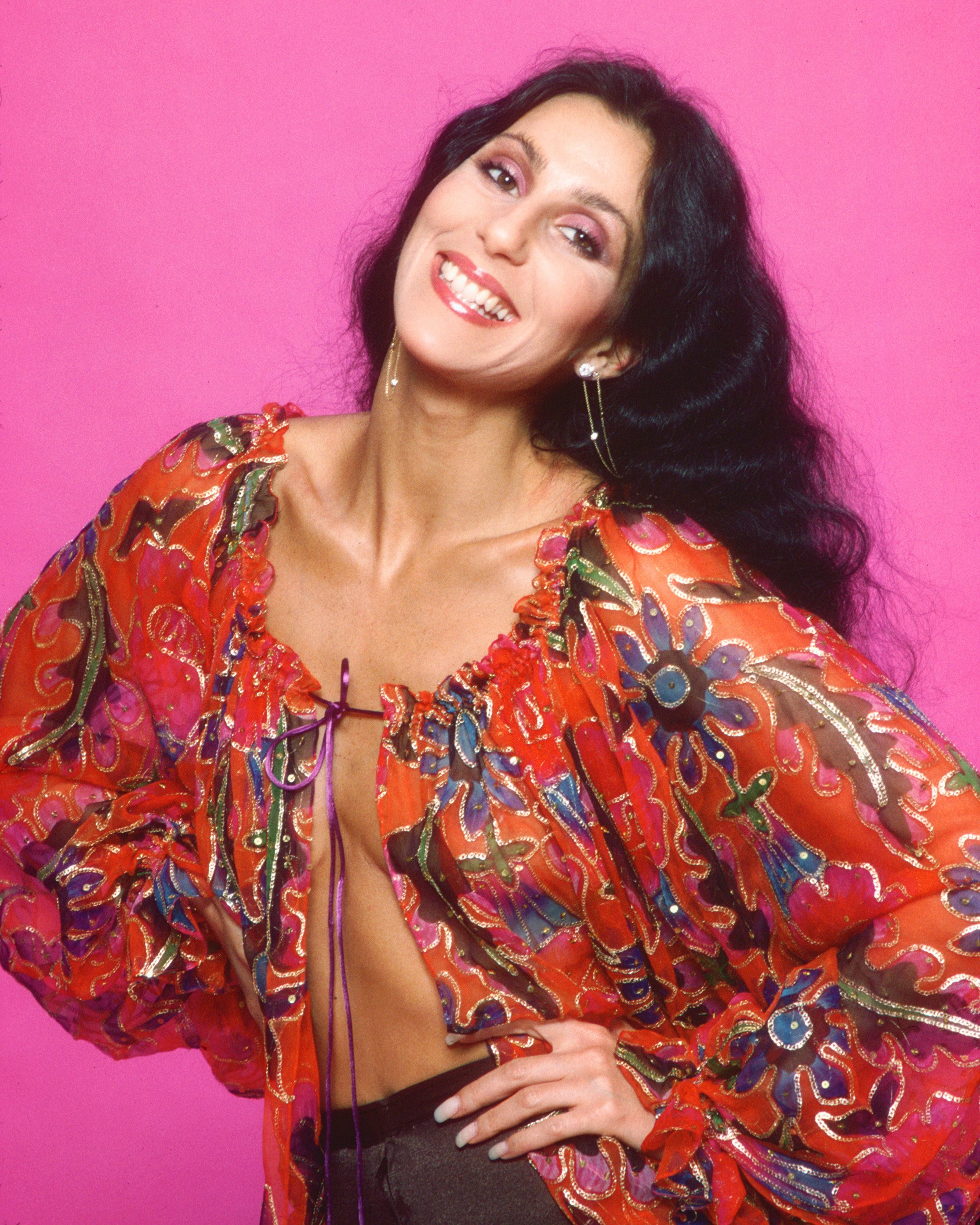