At the Edinburgh Festival Fringe, the largest of the 12 festivals held in the city each year, the topic has dominated the theater program, with dozens of shows on the subject, and even some stand-up comedy. At the smaller, grander Edinburgh International Festival, five international playwrights are in residency, writing climate change-themed plays. The Edinburgh International Book Festival is hosting talks on the subject. And the activist group Extinction Rebellion has set up a temporary gallery in town.

But are arts festivals themselves part of the problem?

An impact study commissioned by an umbrella body representing all 12 festivals estimated that they generated the equivalent of 44,130 tons of carbon in 2010, mostly from audience travel. That’s equivalent to burning 48.2 million pounds of coal. 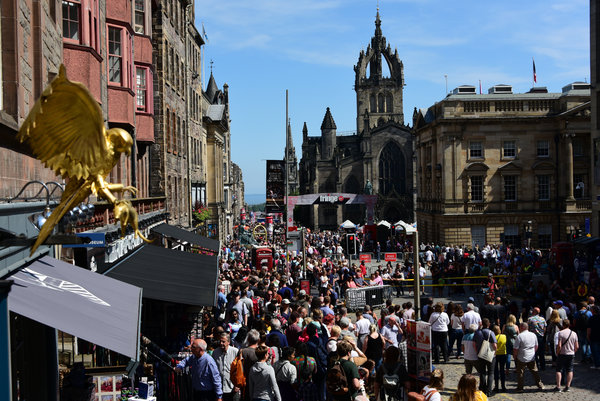 The Fringe — which calls itself the third-largest ticketed event in the world, after the Olympics and the soccer World Cup — has grown significantly since 2010, from around 2,500 shows to around 3,500. Last summer, Edinburgh Airport recorded its busiest August ever, with 1.47 million passengers passing through.

The Edinburgh International Festival’s artistic director, Fergus Linehan, said in an interview that all of Edinburgh’s festivals needed to take action on climate change. (According to the impact study, the International Festival has the third-largest carbon footprint of the events, after the Fringe and the Military Tattoo, a series of massed performances on bagpipes and drums beloved by international visitors.) “This whole festival city itself needs to consider everything from food to water to accommodation to everything else,” he said.

Travel, however, is the biggest problem, Mr. Linehan added.

Although visiting audiences account for the most carbon emissions, flying in the performers can be problematic, too, Mr. Linehan said. “There are some big, big questions that need to be asked, particularly with large companies that are going to fly long distances,” he added. This year, the International Festival’s program includes the Los Angeles Philharmonic Orchestra, and a large Australian stage ensemble, the Sydney Theater Company.

The 12 festivals have a shared environmental policy with a vague aspiration to “continuously seek to improve environmental performance,” and there are some programs to cut waste and encourage recycling, including a “Swap Shop” for props and costumes. Later this year, the International Festival will host a summit of all the city’s festivals to come up with a better plan of action, Mr. Linehan said.

Change has been slower coming to Edinburgh than at other British festivals. This year, the Glastonbury music festival banned the sale of plastic bottles, and encouraged patrons to arrive by public transportation. The Hay Festival, a large literary event in Wales, has its own sustainability director, and this year’s edition was powered entirely by energy from renewable sources like wind and solar, according to a spokesman.

In the absence of action from Edinburgh’s festival officials, artists here are beginning to take matters into their own hands.

A young company called Boxed In Theater is presenting a program of plays about climate change from a temporary venue, the Greenhouse, which it has built entirely from recycled and reclaimed materials, and which uses no electricity. Oli Savage, the company’s artistic director, said in an interview that productions that deal with climate change onstage only go so far; he wanted to show that it was easy for a theater company to run a sustainable premises as well.

Boxed In have kindred spirits at the Fringe this year, including “How to Save a Rock,” a sort of dystopian comedy by Pigfoot Theater, with a carbon neutral production. The show’s lighting is generated by a stationary bike that audience members pedal during the performance. It caught the eye of the judges for the Sustainable Fringe Awards, a new prize that “seeks to recognize those with the will and the creativity to tackle climate change.” “How To Save A Rock” won first prize.

In the basement of the sprawling Summerhall arts center, Extinction Rebellion has put together an exhibition of visual art that seeks to persuade governments and the public to take urgent action on climate change. The exhibition includes Gabrielle Gillott’s “Safe Haven,” a droll satirical installation about hoarding for the apocalypse, and Sally Price’s “Slick,” in which everyday plastic objects are slicked black with the oil that goes into their making.

Natalie Taylor, a spokeswoman for Extinction Rebellion, said that while Edinburgh’s festivals needed to become more sustainable, the protest group wanted to work within them rather than protesting against them. The festivals were hardly the most environmentally damaging enterprise in Scotland, she said, pointing to the oil and gas industries that are a large part of the local economy.

Ms. Taylor added that the sheer popularity of the festivals made them a good opportunity for Extinction Rebellion to spread its message. “To be in that forum is absolutely key to us,” she said.

Many of the artists in the exhibition are Edinburgh locals, but elsewhere in the city, performers have traveled long distances to spread the climate message. Alanna Mitchell, a Canadian writer and journalist based in Toronto, is performing a one-woman show, “Sea Sick,” about the acidification of the oceans. She is one of 25 artists whose participation in the Fringe is supported by CanadaHub, a showcase of Canadian performance with several environment-themed works on its bill.

Michael Rubenfield, CanadaHub’s producer, said in an email that bringing these shows to Edinburgh could be paradoxical. “We’ve not solved the conundrum of our desire to bring artists to the Fringe while also negotiating the problems of overseas flying,” he said.

Mr. Linehan, the festival director, said that as well as getting audiences to think about climate change, international arts festivals could also benefit the environment by bringing many artists and performers together in a single place, so that local audiences don’t need to travel.

People often assume that large gatherings of people “are in and of themselves environmentally problematic,” he said. “Gathering one large group of people together is a more environmentally efficient way of doing things than saying, ‘I’m going to tour to 25 different towns,’” he added.

Still, Edinburgh’s festivals would have to change to secure their long-term future, Mr. Linehan said. “People under the age of 30 are just so much more attuned to this in terms of consumer habits than people of an older age,” he added: If the festivals were seen as environmentally unfriendly, he added, younger people wouldn’t come. 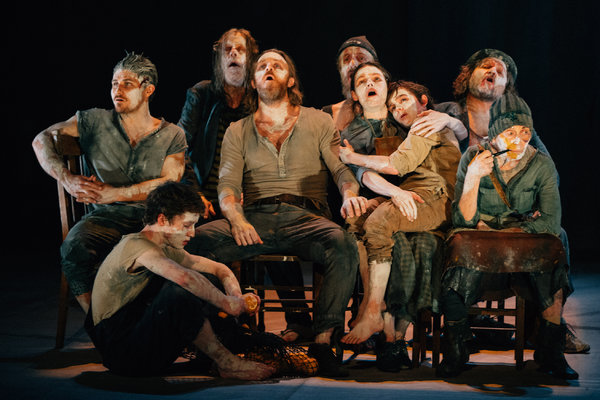 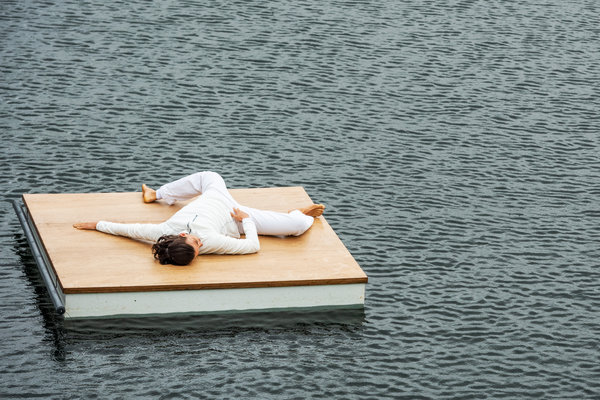 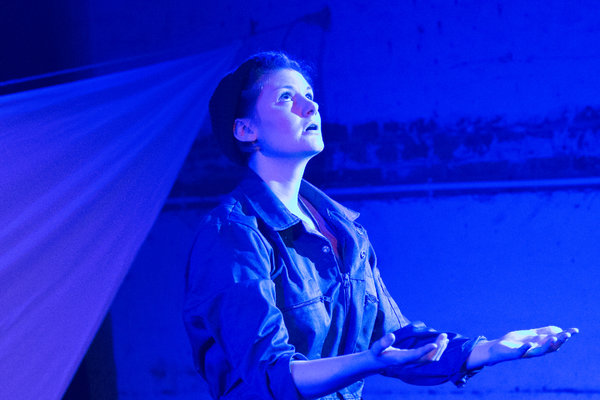