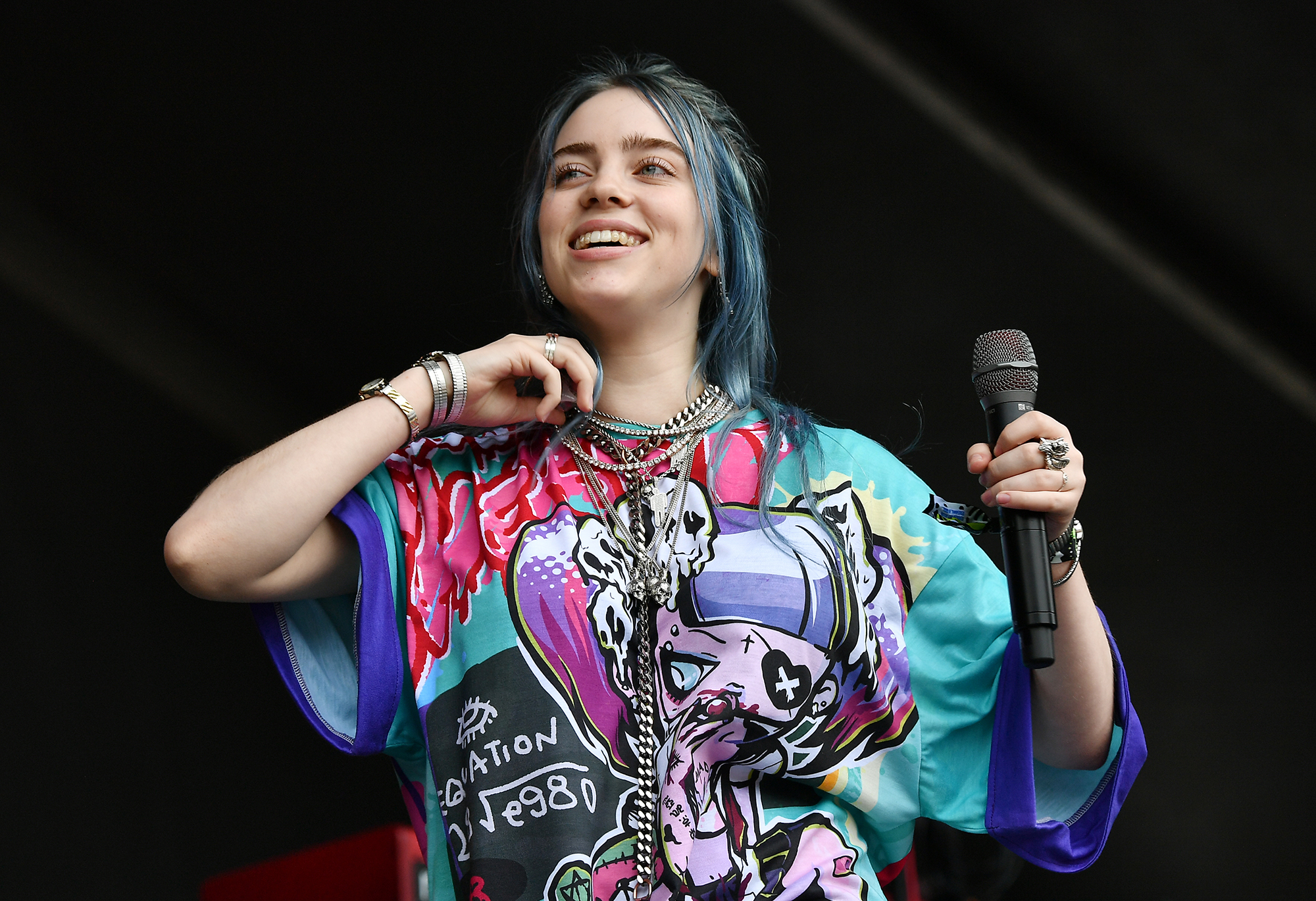 Billie Eilish is only 17 years old, but she is already dominating the music scene.

The Los Angeles native has been putting out music online since 2016 and finally dropped her debut album, When We All Fall Asleep, Where Do We Go?, on March 29. Since the release, she has been popping up on TV screens across the country, delivering innovative performances of her dark, horror-inspired songs on The Ellen DeGeneres Show, Jimmy Kimmel Live! and other programs.

Eilish’s sudden catapult to superstardom likely left many people wondering, “Who is she?” To answer any burning questions, Us Weekly rounded up five fun facts to know about the teen who is changing pop music.

1. She Comes From a Creative Family
The singer is the daughter of actor Patrick O’Connell, who had small roles in Iron Man and The West Wing, and actress Maggie Baird, who starred alongside Eilish’s brother, Finneas O’Connell, in the 2013 movie Life Inside Out. Eilish has cowritten many of her songs with Finneas, 22, whose other acting roles have included Glee, Bad Teacher and Modern Family.

2. Her First Song Accidentally Blew Up
Eilish uploaded “Ocean Eyes” to SoundCloud in November 2016 so that her dance teacher could download it. “We had no intentions for it, really. But basically overnight a ton of people started hearing it and sharing it,” she recalled to Teen Vogue in 2017. “It just got bigger and bigger. It was really surreal.”

3. She Is Friends With Bhad Bhabie
The up-and-coming artist is often spotted out and about with rapper Bhad Bhabie (a.k.a. Danielle Bregoli or the “Cash Me Outside” girl from Dr. Phil). The pair even sparked dating rumors at one point, though Eilish laughed off the speculation on her Instagram Story in July 2018, writing, “Y’all stupid that’s my baby sister.”

4. She Has Tourette Syndrome
Eilish was diagnosed with the nervous system disorder as a child. “It’s something I’ve lived with my whole life,” she told Ellen DeGeneres on April 1. “I just never said anything about it because I didn’t want that to define who I was. I didn’t want to be ‘the artist with Tourette’s.’”

5. She Has Had a No. 1 Album and Song
When We All Fall Asleep, Where Do We Go? debuted atop the Billboard 200 chart with more than 313,000 equivalent album units in the U.S. It became her first No. 1 and the second-biggest week for any album released in 2019, trailing behind Ariana Grande’s Thank U, Next. Eilish’s single “Bad Guy” later reached No. 1 on the Billboard Hot 100.