A love … square? After Bachelor in Paradise star Blake Horstmann came under fire for having sex with Kristina Schulman and Caelynn Miller-Keyes back-to-back during the Stagecoach Festival, he admitted to setting his sights on a third castmate: Hannah Godwin.

“How soon before Paradise did you fly out to see Hannah?” Kristina, 26, asks Blake, 30, in a sneak peek of the Tuesday, August 13, episode, to which he responds, “A week before Paradise.”

“You went to Alabama?” a visibly surprised Cam Ayala chimes in while Tayshia Adams looks around with a smirk on her face. Off-camera, Blake simply replies, “Yeah.” 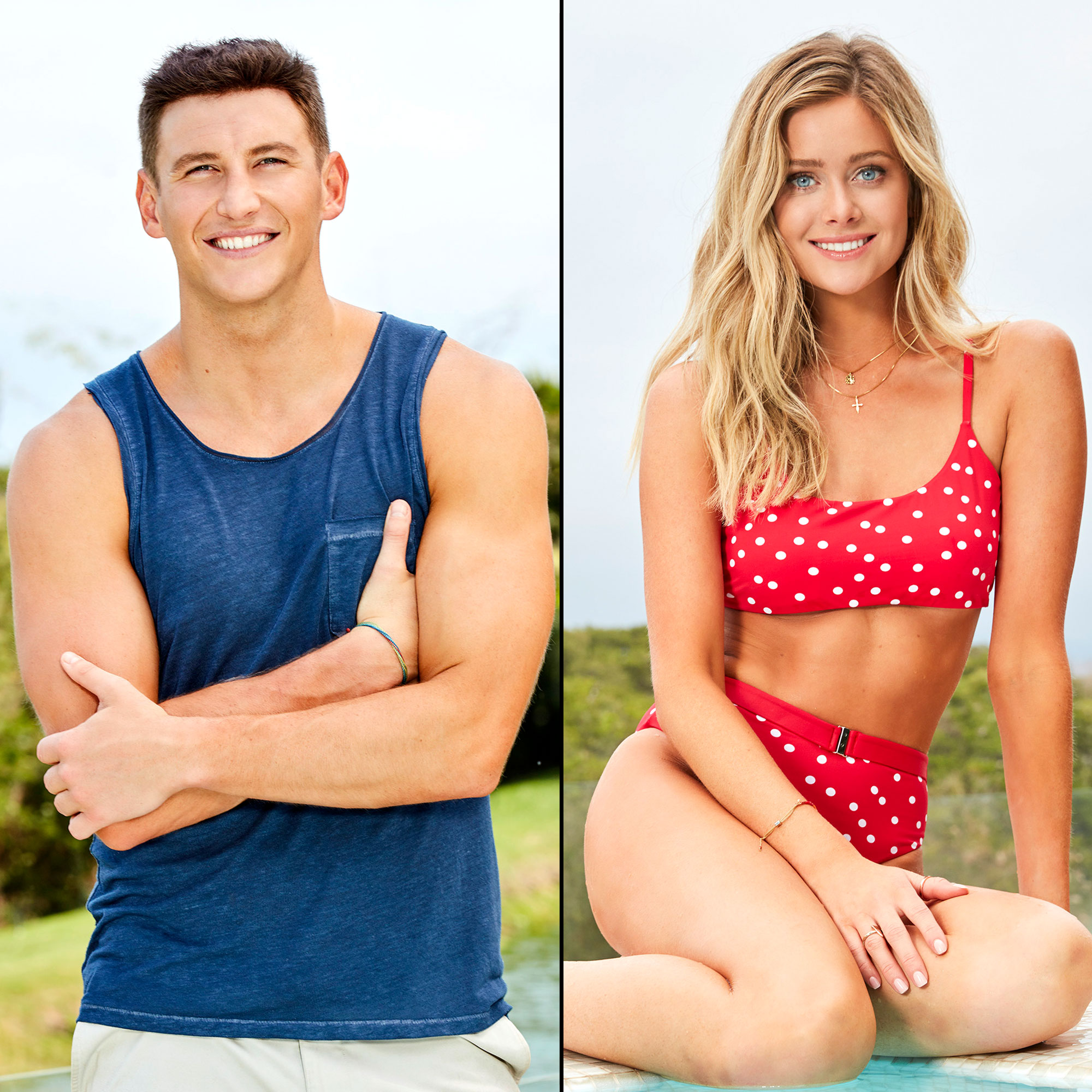 Blake’s confession comes after Dylan Barbour noticed the growing chemistry between the Colorado native and Hannah, 24, at the end of the Monday, August 12, episode. “Did they date before this or something?” Dylan, 25, questioned after Blake and Hannah danced and kissed right in front of him on the beach.

The tech entrepreneur has been head over heels for the Alabama native since the beginning of Paradise season 6, but Blake has also been trying to charm her after his drama with Kristina and Caelynn, 24.

“I am here for her and I’m pursuing her, man,” the sales rep told Dylan on Monday’s episode, prompting the San Diego native to call Blake “a psycho” under his breath.

Blake made headlines during the two-night season premiere last week after Caelynn exposed him for having sex with her during the music festival in April, one night after he slept with Kristina. Blake subsequently took to Instagram in an attempt to clear his name and released screenshots of text messages between himself and the former Miss North Carolina USA from the night of their hookup. He later deleted the posts and begged fans to “please stop attacking” Caelynn, who wrote on her own Instagram account that she felt “absolutely mortified our private texts were put out there for the world to see.”