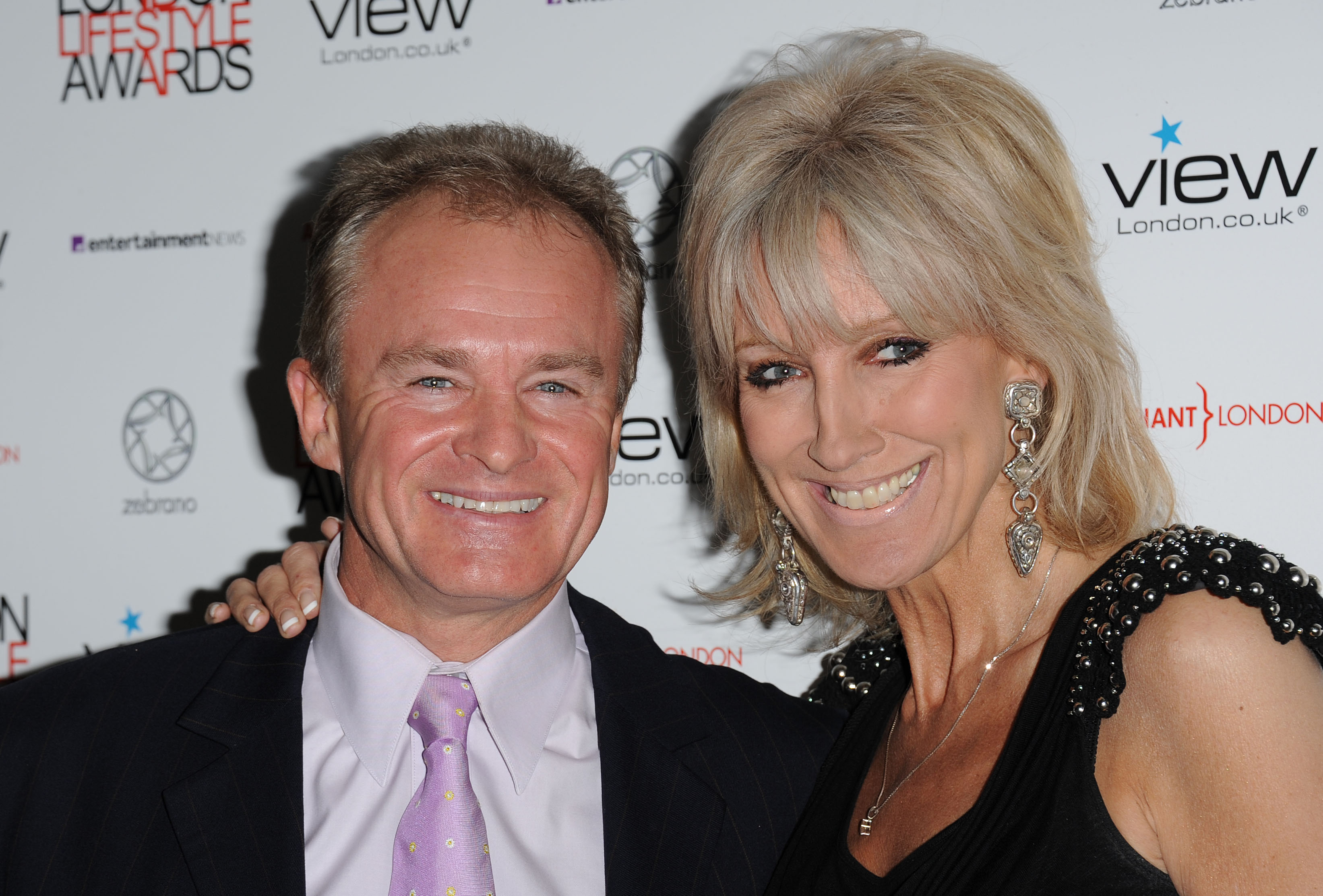 Bobby Davro has popped the question to his long-term partner Vicky Wright after 12 years of intermittently dating.

The actor and comedian is said to have proposed to Vicky last month and has since marked the occasion with a party in a pub.

The soon-to-be newlyweds reportedly celebrated their happy news with friends and family at The Kings Arms in Surrey.

The celebration is said to have included messages from showbiz pals including Sir Cliff Richard, and Lee Mead.

Vicky said she was ‘on cloud nine’ following the big surprise and a source later shared: ‘Vicky was touched with all the messages.’

‘There wasn’t a dry eye in the house. They plan to tie the knot next year,’ they added to The Sun.

The funnyman has made it down the aisle before and was previously married to Trudi Jameson.

Before their marriage broke down in 2003, the former couple had three children together and were husband and wife for 10 years.

Amid the split from his ex-wife, the Eastenders alumnus revealed he had moved back into the family home with Trudi while beginning a new relationship with Vicky in 2015.

He said his decision to return to live with his family was motivated by his three daughters.

‘I have myself, my ex, my partner and my three daughters, but I care for them all deeply,’ Bobby revealed to the Sunday People at the time.

‘I am happy but, yes, my personal situation can be tough at times.’

Bobby’s relationship with Trudi came crashing down when he discovered that she had been unfaithful to him with a married builder who later returned to his wife.

The TV star described his relationship with his ex-wife as being more like ‘a close brother and sister now’ and added that he sees Trudi as his ‘soulmate’, acknowledging that he will always love her.

Alongside the emotional draw to his old family home, there were also practical reasons behind his decision to move back.

He reportedly didn’t want to be footing the bill for two mortgages when he was coming back to visit his daughters so regularly.

On discovering the affair, Bobby sunk into a deep depression and it took three years to get over the failed marriage.