Hear tracks by Jade Bird, Nothing, Fred Hersch and others. 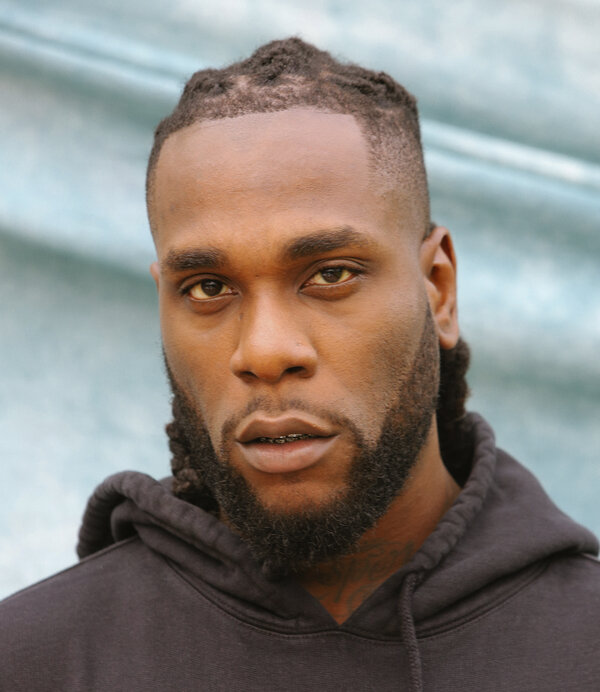 Every Friday, pop critics for The New York Times weigh in on the week’s most notable new songs and videos. Just want the music? Listen to the Playlist on Spotify here (or find our profile: nytimes). Like what you hear? Let us know at [email protected] and sign up for our Louder newsletter, a once-a-week blast of our pop music coverage.

The title of Burna Boy’s mournful but impassioned new song “20 10 20” refers to the date of the deadly events last month in the suburb of Lekki in Nigeria, when security forces opened fire on a crowd peacefully protesting state police brutality by the Special Anti-Robbery Squad, known as SARS. Like much of his excellent recent album “Twice as Tall,” “20 10 20” filters political rumination through a prism of deeply felt personal emotions: “Suffer, suffer, water runaway my eyes,” he croons. But Burna Boy also draws strength from the revolutionary spirit of his lodestar Fela Kuti, to whom he nods when he sings, “Everything done scatter, scatter.” LINDSAY ZOLADZ

Maluma and the Weeknd, ‘Hawái Remix’

The Weeknd doesn’t just add English lyrics — and his own first vocals in Spanish — to the remix of Maluma’s international hit “Hawái.” In his crisp reggaeton ballad, Maluma sang about an ex who was showing off her new romance and tropical vacation on Instagram as a way to make him jealous; he was sure she was lying to herself. The Weeknd adds a back story — sweetly crooned with a resentful undercurrent — that brackets Maluma’s song with verses about how he wanted a baby but not a marriage, making the situation even more twisted. JON PARELES

Jade Bird’s music is a unique trans-Atlantic hybrid: Though the 23-year-old singer and songwriter is British, she grew up enamored with the folk and country music of the American South. With its punchy guitars and bright melody, “Headstart,” the first single from her forthcoming second album, represents the poppier side of Bird’s sound, but an explosive chorus shows off the distinct, raspy twang of her vocals — which somehow find common ground between Lucinda Williams and Alanis Morissette. “I know us girls aren’t easy, but come on,” she hollers, exasperated, at the oblivious object of her affection. “I’ve given you a head start.” ZOLADZ

Syncopated plucked strings accompany dodie’s breathy, drowsy voice as she wrestles with how much she’d subdue herself to please someone else: “I swore I wouldn’t play the age-old game,” she sings, but then she vows, “I’ll be quiet/I’ll be easy.” A beat arrives, along with backing voices and swelling strings, only to abandon her before the song ends. In the video clip, she dances with a group of women, sometimes in sync and sometimes not; at the end, she’s alone. PARELES

Fred Hersch, ‘Wouldn’t It Be Loverly’

Sitting at home, hiding out from the pandemic and unable to jam with his usual bandmates, Fred Hersch had the company of his 50-year-old Steinway grand piano. You can feel what a comfort it’s been on “Songs From Home,” an unpretentious, quietly mirthful album covering tunes from across the spectrum of 20th-century American music. A masterful musician who turned 65 last month, Hersch establishes the album’s generous spirit on its opening track, “Wouldn’t It Be Loverly,” from “My Fair Lady.” He instills the tune with a tenderness and a distant longing, leaving space, putting a special focus on the harmonies that get along most easily with each other, channeling Hank Jones’ quietly glowing treatment of American spirituals. GIOVANNI RUSSONELLO

The Icelandic keyboardist and composer Ólafur Arnalds draws mystery from seeming simplicity in “Woven Song” from his new album, “Some Kind of Peace.” He devised a Minimalist piano waltz to accompany an icaro, a healing song from an Amazonian shaman who has a whispery high voice. A string section quietly wafts in yet ends up being all that’s left, sustaining chords like the waltz’s ghostly memories. PARELES

“April Ha Ha,” from the Philadelphia band Nothing’s immersive new record “The Great Dismal,” is as pummeling and purifying as a sudden downpour. Combining elements of shoegaze, metal and anthemic rock, Nothing’s sound buries the bleak, poetic musings of the frontman Domenic Palermo beneath crushing waves of guitar, though they occasionally recede and bring his voice into striking clarity. On such a moment in the middle of “April Ha Ha,” the Philly scene fixture Alex G makes a vocal cameo, musing, “Isn’t it strange, watching people try to outrun rain?” As the guitars kick back in at full volume, he repeats that refrain until its vivid imagery starts to feel genuinely surreal. ZOLADZ

Hit the pop-rock-country randomizer and … voilà. Willie Nelson and Karen O (from the Yeah Yeah Yeahs) have remade the David Bowie-Queen collaboration “Under Pressure” as a more or less acoustic ballad. The piano hook — the one Vanilla Ice would rediscover — appears at beginning and end, but most of the song is an acoustic guitar and pedal-steel reverie that focuses on exposed voices and words: “This is our last dance, this is ourselves/under pressure,” they sing, more or less together. PARELES

Michael Penn’s first song in 15 years, “A Revival,” swells from modest parlor-piano hymn to robust chorus as it reflects, not so obliquely, on privilege, hubris, narcissism and the long-awaited restoration of a “commonweal.” It promises, “Soon you’ll be gone.” The video makes its target clearer. PARELES

The British rapper Bree Runway enlisted none other than Missy Elliott to join her on “ATM,” a cheerfully mercantile electro-rap boast that conflates sexiness and monetary value: “Put some cash all in my deposit,” she urges. PARELES