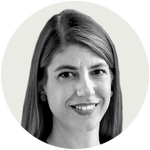 Times Insider explains who we are and what we do, and delivers behind-the-scenes insights into how our journalism comes together.

On Jan 6., as rioters were attacking the U.S. Capitol, Times journalists on the Visual Investigations team were downloading as many recordings of the violence as they could find.

Over the next six months, the team, which combines traditional reporting techniques with forensic visual analysis, gathered over 3,000 videos, equaling hundreds of hours. The journalists analyzed, verified and pinpointed the location of each one, then distilled the footage into a 40-minute documentary that captured the fury and destruction moment by moment. The video, the longest the team has ever produced, provides a comprehensive picture of “a violent assault encouraged by the president on a seat of democracy that he vowed to protect,” as a reporter says in the piece.

The visual investigation, “Day of Rage,” which was published digitally on June 30 and which is part of a print special section in Sunday’s paper, comes as conservative lawmakers continue to minimize or deny the violence, even going as far as recasting the riot as a “normal tourist visit.” The video, in contrast, shows up-close a mob breaking through windows, the gruesome deaths of two women and a police officer crushed between doors.

“In providing the definitive account of what happened that day, the piece serves to combat efforts to downplay it or to rewrite that history,” said Malachy Browne, a senior producer on the Visual Investigations team who worked on the documentary.

“It serves the core mission of The Times, which is to find the truth and show it.”

Haley Willis, a producer on the team who helped gather the footage, said that some of the searches required special techniques but that much of the content was easily accessible. Many of the videos came from social media platforms like Facebook, YouTube, Twitter and Parler, a platform that was popular with conservatives and later shut down. The team also collected recordings from journalists on the scene and police radio traffic, and went to court to unseal body camera footage.

“Most of where we found this information was on platforms and places that the average person who has grown up on the internet would understand,” Ms. Willis said.

In analyzing the videos, the team members verified the images, looked for specific individuals or groups like the Proud Boys and the Oath Keepers, and identified when and where each one was filmed. Then they put the videos on a timeline, which allowed them to reconstruct the scenes by the minute and track the key instigators.

David Botti, a senior producer, said the team wanted to use this footage to explain how the riot happened, to underscore just how close the mob came to the lawmakers and to explore how much worse it could have gotten. For example, the investigation tracked the proximity of the rioters to former Vice President Mike Pence and an aide who was carrying the United States nuclear codes.

“It’s rare to get an event of this magnitude that’s covered by so many cameras in so many places by so many different types of people filming with different agendas,” Mr. Botti said. “There was just so much video that someone needed to make sense of it.”

Dmitriy Khavin, a video editor on the team, said he wanted viewers to feel like they were on the scene. But he also recognized the images were graphic, so he tried to modulate the pace with slower moments and other visual elements like maps and diagrams.

“This event was overwhelming,” Mr. Khavin said. “So we worked a lot on trying to make it easier to process, so it’s not like you’re being bombarded and then tuning out.”

Carrie Mifsud, an art director who designed the print special section, said her goal was similar, adding that she wanted to stay true to the video’s foundation. “For this project, it was the sequence and the full picture of events,” she said. Working with the graphics editors Bill Marsh and Guilbert Gates, she anchored the design in a timeline and included as many visuals and text from the documentary as possible to offer readers a bird's-eye view of what happened.

“My hope is that the special section can serve as a printed guide to what happened that day, where it started, and the aftermath, Ms. Mifsud said.

For the journalists on the Visual Investigations team, it was challenging to shake off the work at the end of the day. Mr. Khavin said images of the riot would often appear in his dreams long after he stepped away from the computer.

“You watch it so many times and look at these people and notice every detail and digest the anger,” he said. “It is difficult.”