Craig muMs Grant’s biggest success as an actor was the role of Poet on the HBO prison drama “Oz,” but fans of that series were accustomed to seeing him credited simply as muMs. It was a name he adopted as a young man when he was exploring rap and slam poetry, influences that he said changed his life.

“Before hip-hop,” as he put it in “A Sucker Emcee,” an autobiographical play he performed in 2014, “I couldn’t speak.”

Mr. Grant compiled a respectable career as an actor. He appeared on “Oz” throughout its six-season run, which began in 1997, and turned up in spot roles on series including “Hack,” “Boston Legal” and “Law & Order” and its spinoffs, and in movies like Spike Lee’s “Bamboozled” (2000). But before his “Oz” breakthrough he was a familiar presence on the slam poetry circuit in New York and beyond; he was in the 1998 documentary “SlamNation” as part of the Nuyorican Poets Cafe’s slam team.

He returned to his poetry/rap roots often, even after “Oz” gave him a measure of fame — appearing onstage with the Labyrinth Theater Company in New York, where he was a member of the ensemble, and performing at colleges and small theaters all over the country. 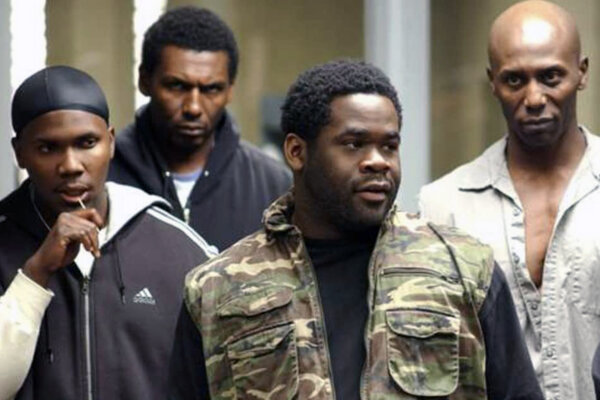 “I love words,” he told The Indianapolis Star in 2001. “Anybody ever wanted to buy me anything for Christmas or my birthday, they can buy me a dictionary. The bigger, the better.”

Mr. Grant died on Wednesday in Wilmington, N.C., where he was filming the Starz series “Hightown,” in which he had a recurring role. He was 52.

His manager, Sekka Scher, said the cause was complications of diabetes.

Craig O’Neil Grant was born on Dec. 18, 1968, in the Bronx. His father, Samuel, was a locksmith and carpenter at Montefiore Hospital, and his mother, Theresa (Maxwell) Grant, was a teacher.

Mr. Grant graduated from Mount Saint Michael Academy in the Bronx and was taking college courses in Virginia when, he said, he started exploring writing, seeking to infuse poetry with the energy of the rap music he enjoyed.

“The problem with poetry is, a lot of the audience sometimes has a short attention span,” he told the Indianapolis paper years later. “So poetry has to have rhythm to capture people who can’t listen for so long. They’ll just close their eyes and ride the rhythm of your voice.”

He took the name “muMs” when he was around 20. He was in a rap group, he told The Philadelphia Daily News in 2003, and still had a bit of a youthful lisp, so a friend suggested he call himself “Mumbles.”

“I thought about that for a week and shortened it to muMs,” he said, and then he turned that into an acronym for “manipulator under Manipulation shhhhhhh!” That phrase, he told the Indianapolis paper, symbolized the notion that “as great as I want to become or as great as I think I am, I can always go to the edge of the ocean, stand there and realize I’m nothing in comparison to the universe.”

Back in New York, he didn’t succeed as a rapper. But he began performing spoken-word poetry at places like the Nuyorican Poets Cafe, which is where someone involved in developing “Oz” saw him and recommended that Tom Fontana, the show’s creator, give him a look. Mr. Grant auditioned by performing one of his poems, and he was cast as Poet, a drug addict who writes verses while incarcerated.

Mr. Grant, who lived in the Bronx, joined Labyrinth in 2006 and appeared in various roles in its productions. He also began writing plays, including “A Sucker Emcee,” in which he told his life story largely in rhymed couplets while a D.J. working turntables provided a soundtrack.

Mr. Grant is survived by his partner, Jennie West, and a brother, Winston Maxwell.

In 2003 Mr. Grant released a spoken-word album called “Strange Fruit,” taking the title from the song about lynchings famously recorded by Billie Holiday in 1939.

“Today, strange fruit means we’re the product of everything Black people have been through in this country — Middle Passage, Jim Crow, segregation,” he told The Baltimore Sun in 2004. “It’s a new way of looking at it. The metaphor of strange fruit means life and birth for me, where it used to mean lynching and death. Blacks have been doing that for years, taking the bad and flipping it, making the best of a bad situation.”