Donald Trump’s love triangle with wife Ivana and mistress Marla Maples is still one of those tabloid story for the ages because of a Christmas 1990 meeting in Aspen. Yes, he brought his family and his lover to ski with him over the holidays — and they weren’t supposed to ever cross paths, but they did.

That one moment in time was the catalyst for Donald Trump’s divorce from Ivana and the start of his downfall as the toast of the town in New York City. The businessman assumed that the social scene’s love affair with him would continue, but according to Vanity Fair, “the unthinkable” happened — everyone sided with Ivana.

While the New York tabloids had a field day covering every moment of the Trump divorce, it was Ivana who was a phoenix rising from the ashes. She thrived in the drama and capitalized on her newfound popularity as a single woman in the city. “She’s exactly like Donald in that way,” a source told the magazine in a 1992 Vanity Fair article. “They live for publicity. It’s like a drug for them. A lady getting a divorce—a lady—doesn’t get photographed for getting a divorce…. Ivana did the cover of Vogue.”

Her divorce was symbolic for many women because Ivana fought back against her prenup and won. While she soared creating her own Ivana empire, her ex-husband fell on hard times as he suffered through an “early-’90s financial decline and the bust-up of his marriage to Maples after six years.” It wasn’t easy for Donald Trump to see Ivana succeeding while everything around him was falling apart. She truly was the secret to his mega-success and the elite Manhattan world saw right through him in that moment — and took Ivana’s side every step of the way.

Before you go, click here to see all the celebrities who have admitted to cheating on their partners. 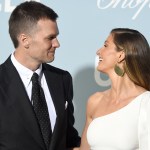