Until recently, speculation about our favorite childhood Halloween movie was all just a bunch of hocus pocus, but it’s official now — Hocus Pocus 2 is coming, and we don’t have to wait 300 years for some virgin to light a candle to be able to watch it.

The highly-anticipated sequel comes 29 years after the original film, and thus 29 years since someone lit the Black Flame Candle. The 17th-century Sanderson sisters have somehow made a return to the land of the living, and they’re out for revenge on the delicious children of Salem.

Bette Middler, Sarah Jessica Parker, and Kathy Najimy return to play the three iconic sister witches and run amok, amok, amok, amok, amok through the streets of Salem. Grab your lucky rat tail and dead man’s toe as the Sanderson sisters prepare to suck the lives out of the children of Salem before sunrise once more.

Rise for another glorious morning on September 30 when Hocus Pocus 2 releases on Disney+.

What is Hocus Pocus 2 about?

Hocus Pocus 2 is the live-action comedy sequel to the 1993 cult classic Halloween film. The delightfully wicked Sanderson sisters are back to feast on the children of Salem once again, ensuing plenty of their signature comedic mayhem along the way. It’s been nearly three decades since the 17th-century witches were last resurrected, and now that they’re back, they’re looking for revenge. Just as with Max, Alison, and Dani 29 years ago, it’s up to three students to stop the sisters before sunrise on All Hallow’s Eve.

Who stars in Hocus Pocus 2? 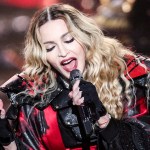 Where can I watch Hocus Pocus 2 (and for free)?

Disney+ will stream Hocus Pocus 2 exclusively starting Friday, September 30. The platform has several subscription options, including monthly, yearly, and a discounted bundle with Hulu and ESPN+.

Thousands of movies and shows from Disney, Pixar, Marvel, Star Wars, and National Geographic are available on a monthly basis for $7.99/month, or you can pay on an annual basis at $79.99/year to save $15.98. Or, if you’re interested in having Disney+, Hulu, and ESPN+, you can save 30% by opting into the monthly bundle for $19.99. And if you’re wondering, Hulu is ads-free in this discounted package.

Who doesn’t love free things though, right? Disney+ offers a free 7-day trial for United States-based subscribers, as well as those in select other countries. Just remember to make note of when to cancel the free trial if you’re not interested in an ongoing subscription!

Before you go, click here to see the best TV shows you should be watching right now.