A drive-in performance of a Christmas pantomime will tour outdoor venues across the UK.

The Car Park Panto will tell the story of a young boy trying to save Christmas.

In December, it will visit as-yet unknown locations including Birmingham, Bristol, Cardiff and Edinburgh, as well as Glasgow, Liverpool, and Manchester.

The traditional festival favourite had been under threat, with many theatres remaining closed due to coronavirus.

But Birmingham Stage Company have decided to take their performance of Horrible Christmas – a pantomime inspired by Terry Dreary’s Horrible Histories children’s book-turned-CBBC TV series – on the road, in a socially distanced manner.

Audience members will have their tickets scanned through their car windows upon arrival and cars will be parked more than two metres apart.

They will then watch the show from inside their vehicles, picking up sound via their radios.

Last month, the UK’s biggest pantomime producer, Qdos, started cancelling its 2020 shows amid ongoing uncertainty about when theatres will be able to reopen fully.

Meanwhile a recent drive-in tour of big music and comedy events did get under way, but had to be scrapped due to fresh fears around the unpredictability of local lockdowns.

It follows on from a series of similar Car Park Theatre events this summer.

“We were thrilled to be invited to take part in the run of Car Park Party events around the country and were overwhelmed by the response of the audience, who were clearly delighted and relieved to see actors live on stage again,” said Horrible Histories actor/manager Neal Foster, from the Birmingham Stage Company. 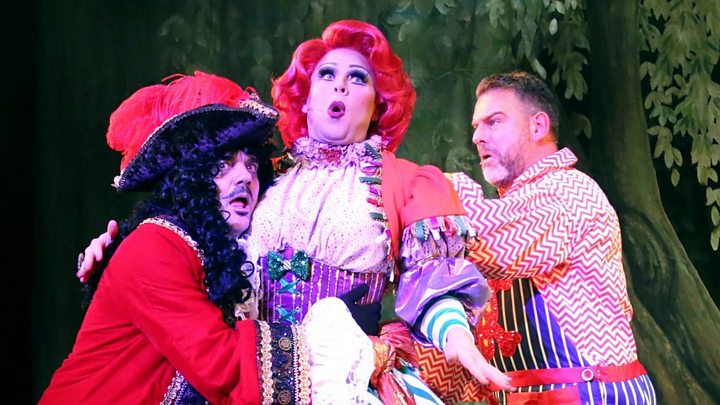 “I was totally surprised by just how well Car Park Theatre worked and loved the whole collective experience.”

“We can’t wait to be back on stage in cities and towns that will be crying out for a Christmas show to entertain their families,” he added.