Eric Church delivered a powerful statement about COVID-19 vaccinations this week with a wink to none other than Elvis Presley.

The country singer-songwriter was photographed receiving a COVID-19 vaccine for the cover of Billboard magazine’s April 3 issue. In the accompanying interview, he describes the vaccines as “a godsent miracle” and urges fans from both sides of the political spectrum to schedule their jabs as soon as possible.

“It became very clear to me that the only way to really get back to normal is through vaccinations,” the 10-time Grammy nominee said. “You’ve got to get needles in arms.”

The 43-year-old North Carolina native is gearing up for the release of a triple album project, “Heart & Soul,” later this month. He’s also hopeful he’ll be able to safely return to the stage this year ― one of the many reasons, he said, he is determined to encourage widespread vaccinations.

“If you believe you shouldn’t, I don’t have a problem with it,” said Church, who received backlash from some fans in 2018 after he spoke out in favor of “common sense” gun reform. “I’m a liberty guy, too. I get it. But I view this a little differently than most other things. We’ve never encountered this.”

“I just want to play shows,” he continued. “Politics’ job is to divide — that’s how you win elections. Those things that unite us are music and sports. The times when, whether you’re a Democrat or Republican or whatever, you throw your arm around the person next to you.”

Billboard’s cover shot is an homage to Presley, who in 1956 was photographed receiving a polio vaccine while backstage at “The Ed Sullivan Show.” 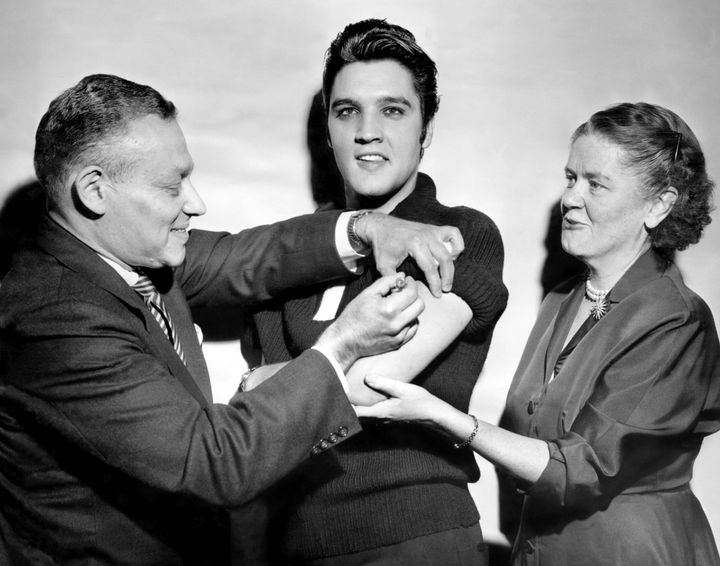 Elsewhere in the interview, Church also shared his thoughts on fellow musician Morgan Wallen, who used the N-word in an expletive-ridden video in February, prompting radio stations to drop him and his record label to suspend him.

Even prior to that, “Saturday Night Live” had scrapped Wallen’s scheduled performance last fall after videos surfaced on social media showing him partying mask-free in violation of the show’s coronavirus precautions.

Neither controversy has made a lasting impact on Wallen’s album sales. Still, Church told Billboard he was “heartbroken” by “The Voice” alum’s “indefensible” behavior.

“I think Morgan’s trying to work on that and on himself,” he said. “And I hope he does.”