Until March 2020, major art fairs were primarily live events — you had to be there, as they say. Then fairs sensibly went virtual during the pandemic, with online offerings instead of rows of booths under a tent or in an exhibition hall.

Now art fairs are coming back in hybrid form, as evidenced by Frieze New York, taking place from Thursday through Sunday. (Tickets are sold out.)

The fair is leaving its former home on Randalls Island, which many people reached by ferry, for the Shed, the arts center in Hudson Yards on Manhattan’s West Side.

There it will host some 60 dealers, a much smaller number than usual, with many from New York. Luckily for those who didn’t get tickets, it also has a concurrent online form, Frieze Viewing Room, with around 160 galleries from all over the world (including those at the Shed) who will be showing their wares virtually. (The 2019 fair, the last at Randalls Island, featured around 190 galleries.)

The pandemic has “been an opportunity to develop new models,” said Rebecca Ann Siegel, in her first year as director of American fairs for Frieze. Ms. Siegel acknowledged that, given the circumstances, “This was not a normal start to a new job.”

The return of real-life booths to Frieze, which also has a fair in Los Angeles, in addition to the original in London, is certainly the biggest and most hopeful news.

“Everyone has had an experience at an art fair where they discovered something by being there — turning a corner and seeing a juxtaposition that’s unexpected,” Ms. Siegel said.

Moving to the Shed, where dealers will be spread over three floors, also means that Frieze is just a few blocks north of one of the art world’s hubs, Chelsea. 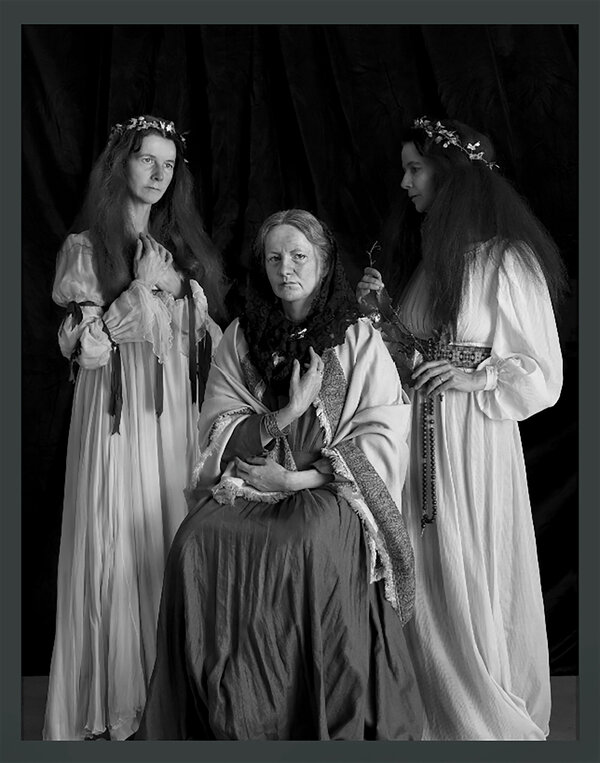 “It’s going to be a more local fair,” said the longtime gallerist Tanya Bonakdar, referring to travel restrictions that will keep many international galleries, and visitors, away.

“I think it’s very brave, and the right move,” Ms. Bonakdar said of the shift to the Shed. “Having it in the city gives it a better chance.”

Ms. Bonakdar, who has galleries in Chelsea and Los Angeles and has been part of almost every Frieze fair, said collectors were excited to come back. “People are eager to travel for it, at least domestically,” she said.

“The precautions they’ve set up are great,” she added.

Those precautions are substantial: Masks are mandated and timed-entry tickets will limit crowds and enforce social distancing. A temperature check and proof of either vaccination or a recent negative Covid test are required for entry.

Ms. Bonakdar will be showing Gillian Wearing’s photograph “Me as Julia Margaret Cameron and Two Muses” (2019), as well as works by Sherrill Roland, Olafur Eliasson and Sandra Cinto, among others.

Special programming for this year’s fair includes a performance-based installation by the winner of the 2021 Frieze Artist Award, Precious Okoyomon, and tributes to the activist group Vision & Justice Project and its founder, Sarah Elizabeth Lewis, which will be woven throughout the fair.

Some dealers are looking forward to the fair’s more modest version. “The scale is right,” the New York art dealer Alexander Gray, of Alexander Gray Associates, wrote in an email. “It’s intimate in comparison with the stadium and convention center scale that became a norm for an art viewing experience.”

He added that was not anticipating a return to the “prepandemic circus atmosphere,” but rather a “measured and sober reunion for our community.”

Lisson Gallery, with branches in New York, London and Shanghai, will have a solo booth with three works by the French Conceptual artist Daniel Buren, known for his pared-down, striped installations, including “One Piece in Three Parts” (1968-1976). These three are being shown in the United States for the first time; a fourth companion work by Mr. Buren will be shown only online.

Marian Goodman Gallery, with branches in New York, London and Paris, will show a wall of new drawings by the French artist Annette Messager as well as two of her large installations including “Petite Babylone” (2019), which incorporates stuffed animals, lights and three turntables.

The Milan-based dealer Francesco Lecci of Clima Gallery said he was not able to attend in person, but that his booth would be up at the Shed in any case.

“We have a Plan B,” Mr. Lecci said, noting that his booth will be covered by a local curator friend.

Having a presence at Frieze was vital, he said, given his view that “it’s the most solid fair for contemporary art in New York.” (Last year, Clima participated in Frieze New York’s online iteration.)

“Half of our market is in the U.S., because I used to have a space in Brooklyn,” Mr. Lecci added.

The Clima booth will feature works by the New York artist Dana Lok, including “Dummy” (2021). Mr. Lecci described Ms. Lok as “a figurative painter with a Conceptual base.”

Dealers who have developed their business by showing at Frieze are loyal to the fair and determined to be a part of it, even in unusual times.

“Frieze was the first major art I participated in London in 2010,” said the Los Angeles-based gallerist François Ghebaly. “As a young French dealer, it was a big deal to have access to that platform.” And when Frieze New York had its inaugural edition, in 2012, “It was bold and exciting to have it in the center of the art market,” Mr. Ghebaly said. “The ambition was unmatched.”

Among other works, his gallery is showing Kelly Akashi’s sculpture “Metamorph” (2021) and a diptych by Rindon Johnson, “Seasick Crocodile (Don’t Imagine Your Own Demise)” (2021), which was made with a long list of materials that includes leather, gouache, indigo, colored pencil, coffee, coconut oil, Vaseline and crayon. (Mr. Johnson’s work is also being shown at the Sculpture Center in Long Island City until August.)

Mr. Ghebaly has New York connections that go well beyond showing at the fair. He’s also establishing a branch of his gallery on the Lower East Side, scheduled to open in June.

“Business-wise, we’ve been doing fine, even in this climate,” he said. “The city was hurt dramatically by the virus, but there’s nothing like New York City for art and artists.”

But first, Mr. Ghebaly has to grapple with the prospect of traveling to New York for Frieze.

“I’m excited and terrified at the same time,” he said, but added that he had strong reasons to push forward. “The virus has robbed us of many things, and personal interactions were always my favorite parts of fairs.”