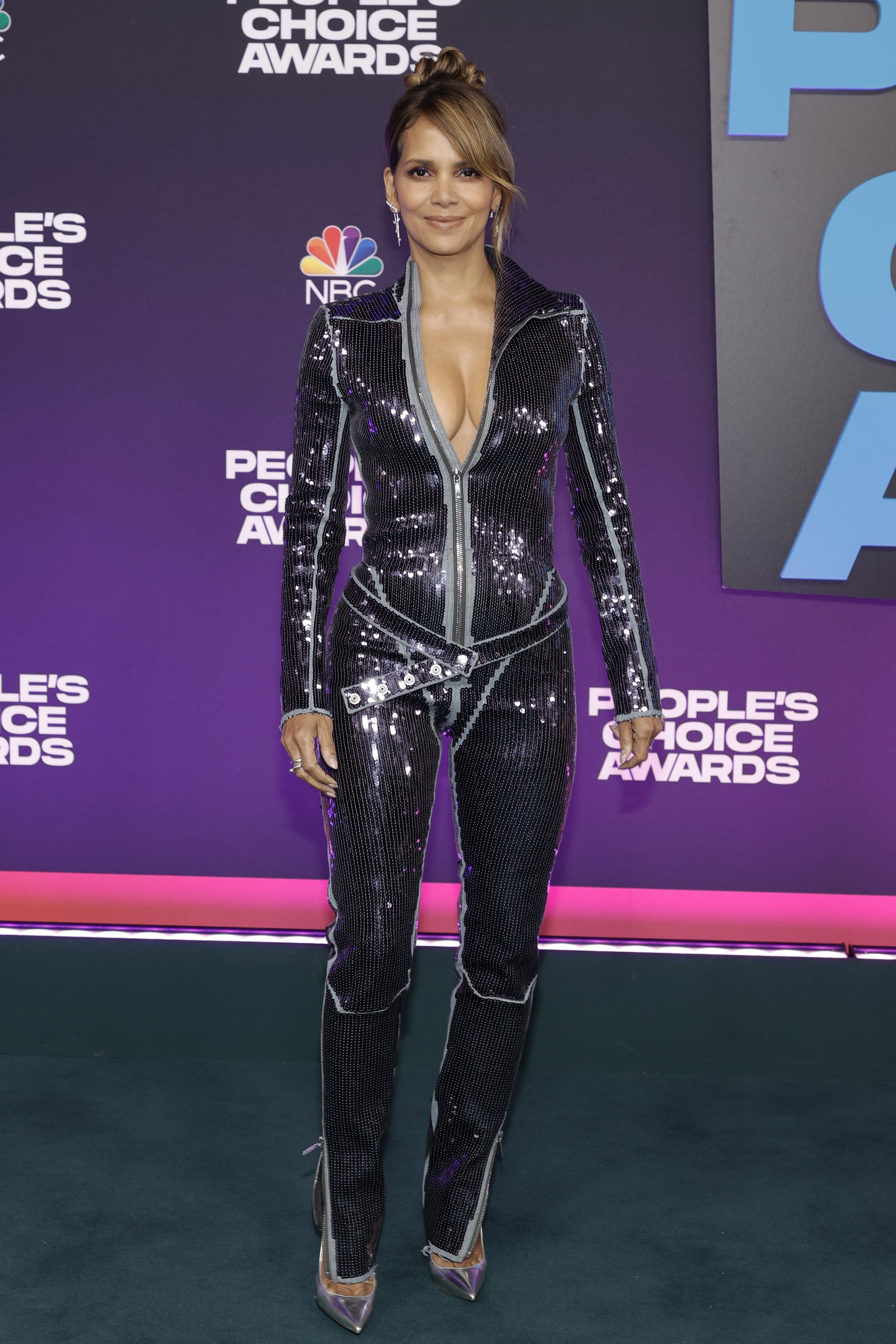 It’s not often that a celebrity exudes the confidence, generosity, and stage presence to win over an entire nation, but Halle Berry did just that on Tuesday night when she was honored with the people’s icon award at the 2021 People’s Choice Awards in Santa Monica, CA. Cardi B presented Berry with the award following a review of the Academy Award-winning actress, director, and producer’s three-decade career, recognizing her many accolades in the TV and film industry.

“To have Cardi B present you with an icon award — I don’t think a moment could be bigger in my life,” Berry said at the beginning of her acceptance speech. “Thank you, everyone. The only reason I have been here for 30 years — still working, doing what I love on my own terms, redefining myself decade after decade is because of all of you, every single one of you. You allow me to be myself. When I fall my down, my fans, the public, you pick me up. And when I’m up, you push me higher. So thank you from my heart!”

During the second half of her speech, Berry took a moment to thank two extra important people in her life, her kids 13-year-old Nahla and 8-year-old Maceo. “I want to thank tonight my two little kids,” she said. “They have to lose so much time with their mommy because I get to go work and do what I love, so thank you Nahla, thank you Maceo. I hope you find something in life that you can love and you can do with as much vigor and as much zest as I do what I do. I love you guys. Thank you, People’s Choice!”

In addition to starring in numerous diverse roles that have paved the way for Black actors in the industry, Berry made history in 2002 as the first Black woman to be honored with the Academy Award for best actress for her role in Monster’s Ball. Berry also earned an Emmy, Golden Globe, SAG, and NAACP Image Award for her performance in the HBO telefilm Introducing Dorothy Dandridge, which she also produced.