“Hello my loves, I will not be returning to host Chat Room this season. It was a dream to have the opportunity to be on the first all female talk she on Bravo and I’m so proud of the 42 episodes we filmed,” the former reality star, 29, wrote via Instagram Stories on Wednesday, July 21. “Because I’m not going back to Summer House, it didn’t make sense for me to return, as this is now a chapter in my life that’s coming to a close.” 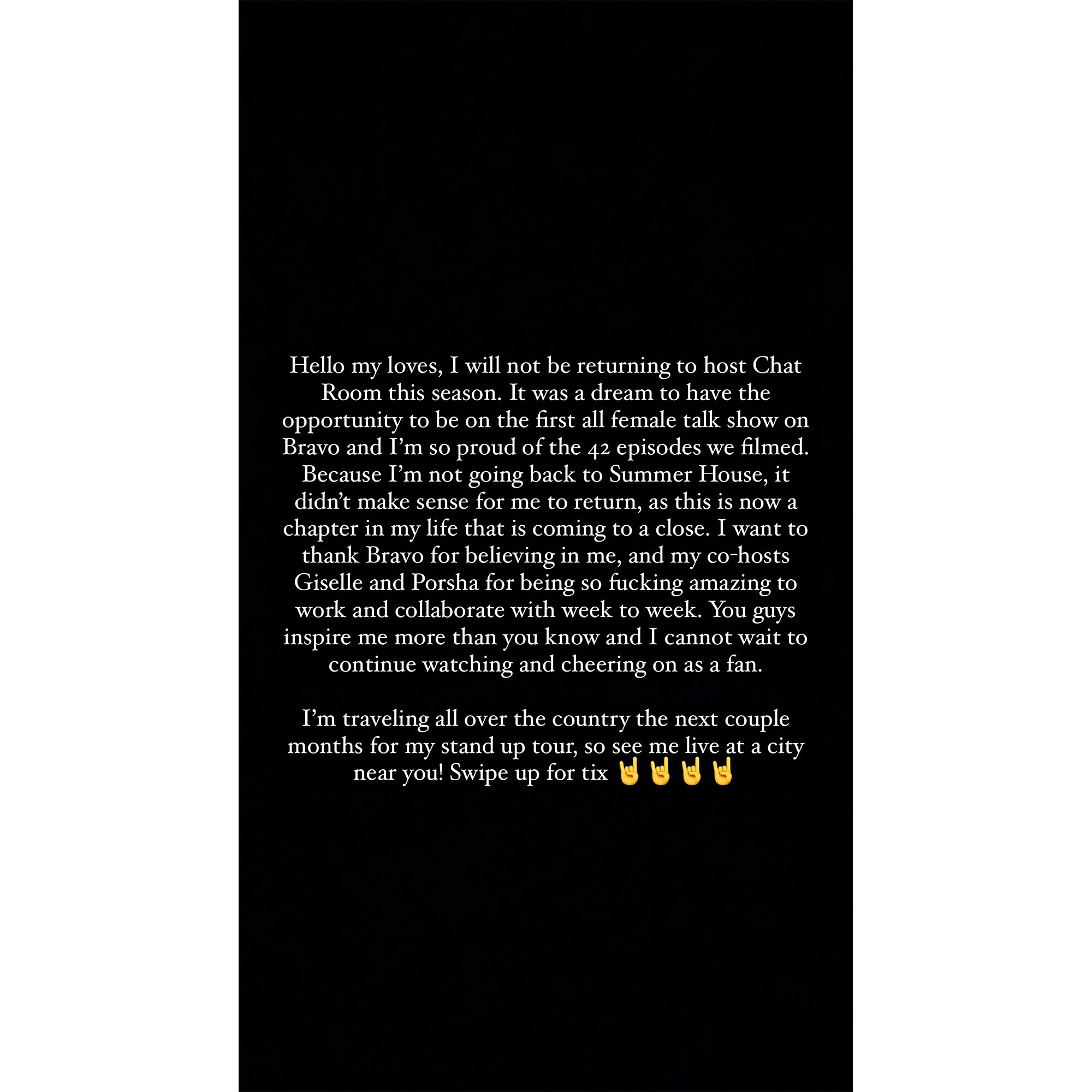 The comedian revealed in May that she decided to leave Summer House after three seasons. She originally joined the series, which follows a group of friends as they summer in the Hamptons, for season 3 in 2019. Later, she was chosen as one of four cohosts for Bravo’s Chat Room alongside Gizelle Bryant, Porsha Williams and Kate Chastain.

The Below Deck alum, 38, also exited the show — which she helped create and later produce — prior to the end of its first season in February. A few months later, she revealed that she had a tough time with her cohosts in an exclusive interview with Us Weekly.

“After Summer House went through its season, I think Hannah’s character was revealed more. And then as of just as recently as last week, I think Porsha’s character has been revealed a bit more,” Kate said in May. “It was a miserable enough experience that I don’t even like thinking about it, but when people ask, I’m happy to be polite and obliged to answer.”

Later, she added, “[Hannah] chose for us not to be friends early into the Chat Room filming experience.” 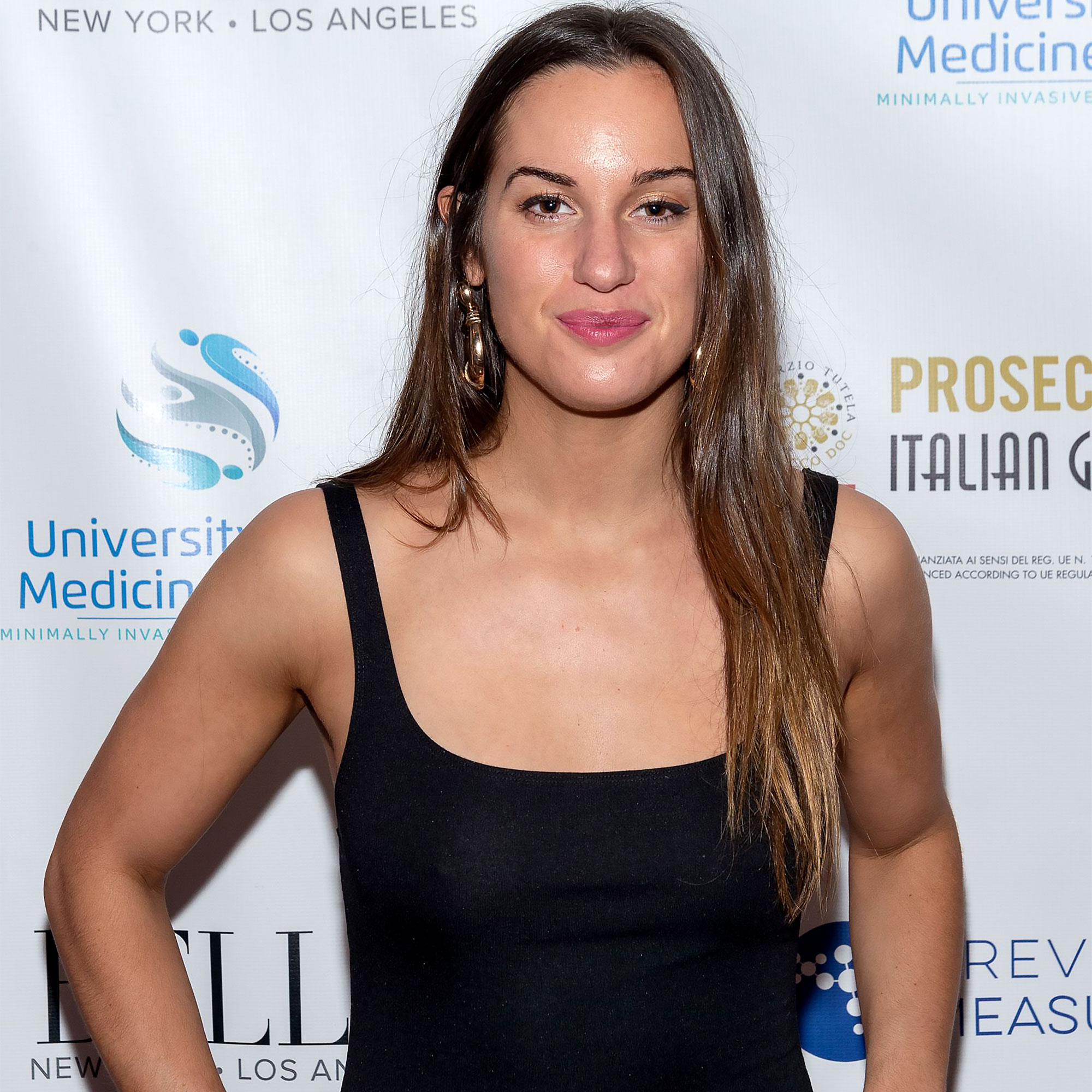 The University of Wisconsin grad, for her part, previously told Us in March that she got along with Kate. Nevertheless, Hannah left the retired yachtie out of her Instagram Story acknowledgements on Wednesday.

“I want to thank Bravo for believing in me, and my cohosts Giselle [SIC] and Porsha for being so f—king amazing to work and collaborate with week to week,” she wrote. “You guys inspire me more than you know and I cannot wait to continue watching and cheering on as a fan.”

The New York native, who previously cited her decision to pursue a comedy career as a reason for leaving Summer House, ended her message by encouraging fans to buy tickets to her upcoming stand-up tour.

“See me live at a city near you,” she wrote.

On top of wanting to pursue comedy, Hannah noted earlier this month that she felt she’d “outgrown” Summer House following her February engagement to Des Bishop.

‘Summer House’ Stars Who Left the Show: Where Are They Now?

“When you have a real, real, real relationship, it is very difficult to be on reality TV with them, especially when it’s not a show about you two and it’s an ensemble cast,” she said during an appearance on the “Shady S—t” podcast. “Everyone has their own motives and stuff, and I don’t think it’s worth putting my relationship on the line.”