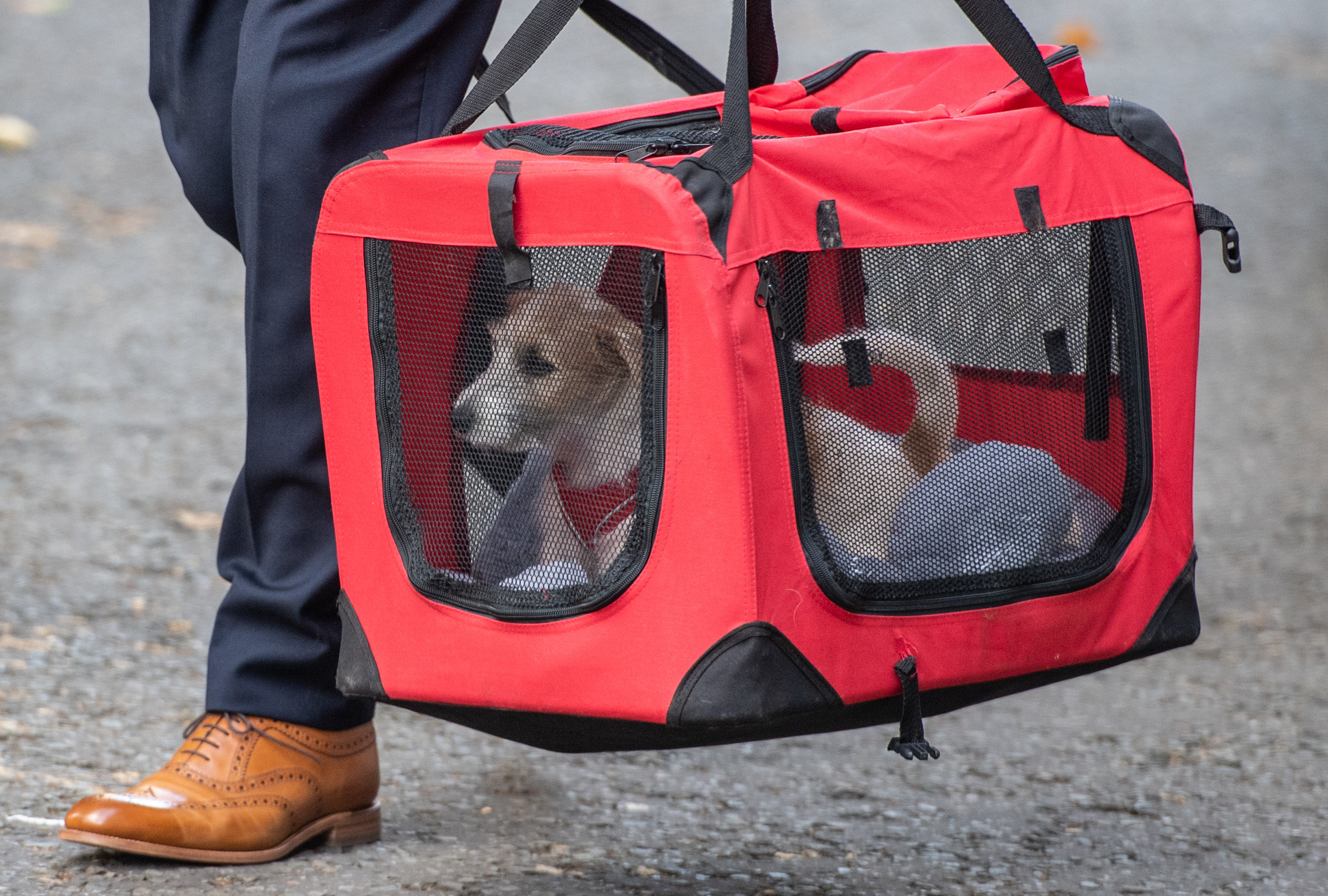 With the country lurching from one political and constitutional crisis to another, you’ll be happy to know that the start of Downing Street’s daily media briefing on Monday, was dominated by one thing: Boris Johnson’s new dog!

The Jack Russell rescue pup has been the centre of attention since he entered Downing Street this morning, even as the country is bracing for another general election. The BBC Politics Twitter account has also been taking a huge amount of heat for tweeting about the dog and asking for name suggestions.

Well, BuzzFeed News has also been sent a transcript of the closed-door briefing for members of the Westminster “Lobby” on Monday morning.

Unlike the televised White House press secretary briefings in the US, the twice-daily Downing Street version is held off-camera, with journalists attributing what’s said to the “prime minister’s official spokesperson”. BuzzFeed News political reporters did not attend Monday morning’s briefing.

The first part of the briefing concerns the prime minister’s “on diary” arrangements, with journalists given the opportunity to ask questions about what’s coming up in the week.

This morning, the prime minister’s spokesperson ran through the diary items, including mentioning the dog’s arrival, and then took a few questions. It took a little over a minute for the dog to become the star of the show.

Journalist 1: Does the dog have a name?

Prime Minister’s spokesperson: I would expect the dog’s name to be revealed shortly. But I don’t have it with me. It arrived at 11 o’clock it was brought by Friends of Animals Wales to Number 10, they are a fantastic charity run by volunteers who work around the clock to make a difference to animals. The prime minister has always been a big supporter of animal welfare, has always believed that animals should get the right start in life. That’s why the government has taken such significant action in this area.

Journalist 2: Forgive me if I’ve missed this but has the PM been to Balmoral yet?

Prime Minister spokesperson: Ahh, he has not no. As you will have noticed.

Journalist 2: What’s that due to?

Prime Minister’s spokesperson: Let me check that and come back to. But certainly not. Any other questions?

Journalist 3: Just on the dog, how old is the dog?

Prime Minister’s spokesperson: Ah the dog is, a few months, three or four months. I can get the exact number at the next.

Journalist 3: And the naming will be announced by…

Prime Minister’s spokesperson: (Laughs) Genuinely I don’t know, later on. I will check to see if I can help you out a bit more later on.

Journalist 4: Is there a breed?

Journalist 3: Is it toilet trained? Is it moving into the flat?

Prime Minister’s spokesperson: No, it’s a rescue puppy, as I say, it has been rescued by the charity Friends of Animals Wales and they’ve been caring for the puppy so far.

Journalist 3: Do we know if it’s toilet trained?

Journalist 3: Can you ask because it’s a considerable amount of time and the prime minister’s time can’t be taken up by that.

Prime Minister’s spokesperson: (Laughs) Well I’d really love to check but I’d say that the charity have been looking after it for several weeks…

Journalist 5: One final question as to the dog, can’t believe I’m asking a dog question, who does the dog ultimately belong to? Because there’s obviously a cat, the cat will stay where it is and it’s territorial and the dog…

Prime Minister’s spokesperson: The dog belongs to the PM and Carrie Symonds.

Journalist 6: Has Larry met the dog?

Prime Minister’s spokesperson: Larry will have probably met the dog probably by now, but he hadn’t when I left.

A source in the briefing said the remaining 20 minutes of the briefing were spent on the other pressing issues of the day, including the political crisis over Brexit.

Oh, for the record, the dog’s name is Dilyn.

Mark Di Stefano is a media and politics correspondent for BuzzFeed News and is based in London.