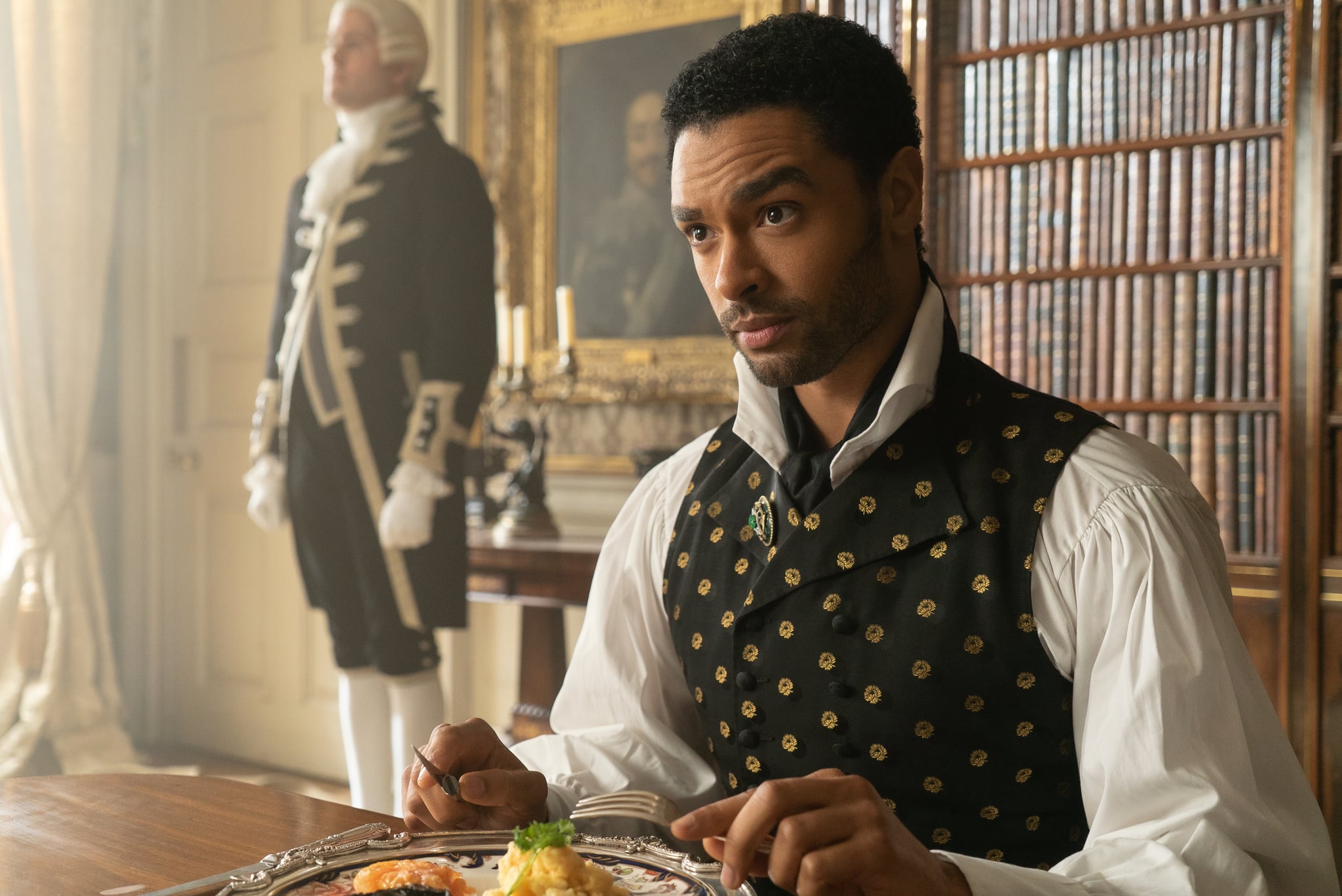 In season one of “Bridgerton,” audiences fell in love with Simon Basset, the Duke of Hastings, played by Regé-Jean Page. The slightly mysterious and incredibly handsome Simon comes to town with no intention of finding a wife when he and Daphne (Phoebe Dynevor) find themselves falling in love. Though they’re initially using each other to avoid the spotlight of the courting season, they soon find out they do quite like each other. Before we know it, the two are getting married and having sex on every single surface in their home.

But despite how popular the first season of the show was, Page chose not to return for season two, which just dropped on Netflix. For the most part, that decision is not a big deal, because each season of the show focuses on a different child of the Bridgerton family in Regency-era London. While season one was Daphne Bridgerton’s season, season two is Anthony’s. Some fans hoped, though, that Simon might still somehow make an appearance in season two. After all, he is still part of the story. Alas, the Duke is nowhere to be found in this new collection of episodes.

Are Daphne and Simon Basset, the Duke of Hastings, Still Together in “Bridgerton” Season 2?

Rather than place any emphasis on the lack of the Duke in season two, Netflix and the “Bridgerton” writers glazed over his absence. Daphne’s around, but only in a handful of scenes. She never mentions why her husband doesn’t tag along with her, but she exclaims, “You do realize I left my husband and child at home for this?” when she visits the Bridgertons in episode one.

Other comments throughout the season give the impression Daphne and Simon are happy together and still very much in love. Daphne is the first to catch on to Anthony’s growing affection for Kate Sharma (Simone Ashley) and tries to convince him to follow his heart by calling on her experience falling in love with Simon. In episode three, she describes how she knew she loved Simon. “The one that makes it impossible to look away from them at any given moment,” she says. “Body and soul, you feel like they may burst into flames whenever the two of you are near. When all you’re able to do in their presence is fight the urge to lean forward and touch their lips with yours. If that’s the feeling you have for Miss Edwina, then I am quite happy for you.”

At one point in the season, Daphne and Simon’s baby makes an appearance at the Bridgerton home when she brings little Auggie along on a visit, but not her husband. So where is the Duke?

Where Is the Duke of Hastings in “Bridgerton” Season 2?

We’re left to assume Simon is absent in “Bridgerton” season two simply because he’s too busy. He is a duke, after all, and does have people to look after. We saw in season one how busy he got managing his late father’s affairs and taking on the work required of a duke. So the few times Daphne pops into town to see her family, Simon is probably just at home working.

When you consider that Anthony (Jonathan Bailey), the viscount, tells Edwina (Charithra Chandran) during their courtship that she’ll have to be OK with him being gone for periods of time while dealing with his duties, it makes sense that the Duke would be in a similar situation.

So that’s why we didn’t see the Duke of Hastings in Bridgerton season two. Considering he and Daphne are still very much in love, we can only hope he makes an appearance in seasons to come.