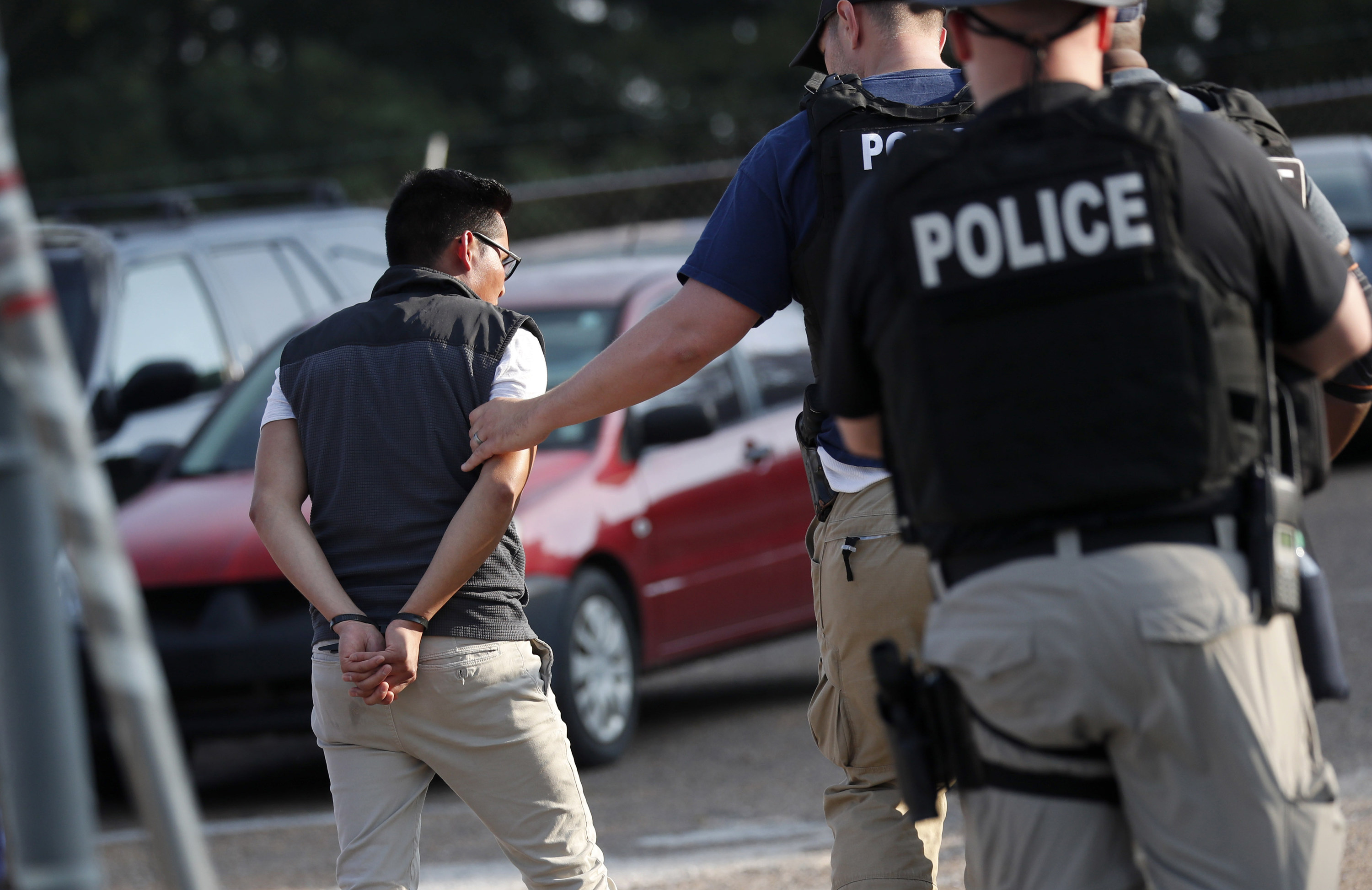 and left communities terrified, their employers went home as if it were any other business day.

Federal authorities haven’t said whether the employers of the 680 immigrants detained in Mississippi in one of the largest worksite operations ever conducted by Immigration and Customs Enforcement will face criminal charges or even fines for hiring the workers, but the likelihood of employers facing prosecution is slim.

The ICE operation hit seven work sites and five different employers, authorities said. Of the 680 people arrested in the raids, 271 were released with orders to appear before an immigration judge, and 377 are still in ICE custody. Unlike the hundreds of employees who were detained and face the threat of deportation, the employers at the five companies haven’t been criminally charged or arrested.

Mike Hurst, US Attorney for the Southern District of Mississippi, declined to say if any of the employers would face charges for hiring undocumented workers, citing an “open criminal investigation.” The employers are still not completely in the clear and could be subject to fines or charges in the coming months, but data shows the likelihood of prosecution is extremely low.

An analysis by the Transactional Records Access Clearinghouse (TRAC) at Syracuse University found that during April 2018 and March 2019 only 11 employers — individuals, not companies — were prosecuted for hiring immigrants without proper documentation. During that same period 120,344 people were prosecuted for illegal entry or illegal re-entry.

Since criminal penalties for employers were first enacted by Congress in 1986, few employers have ever been prosecuted, the TRAC analysis said. Prosecutions against employers have never exceeded 20 in a single year except for brief periods in 2005 under President Bush and in the first year of the Obama Administration. 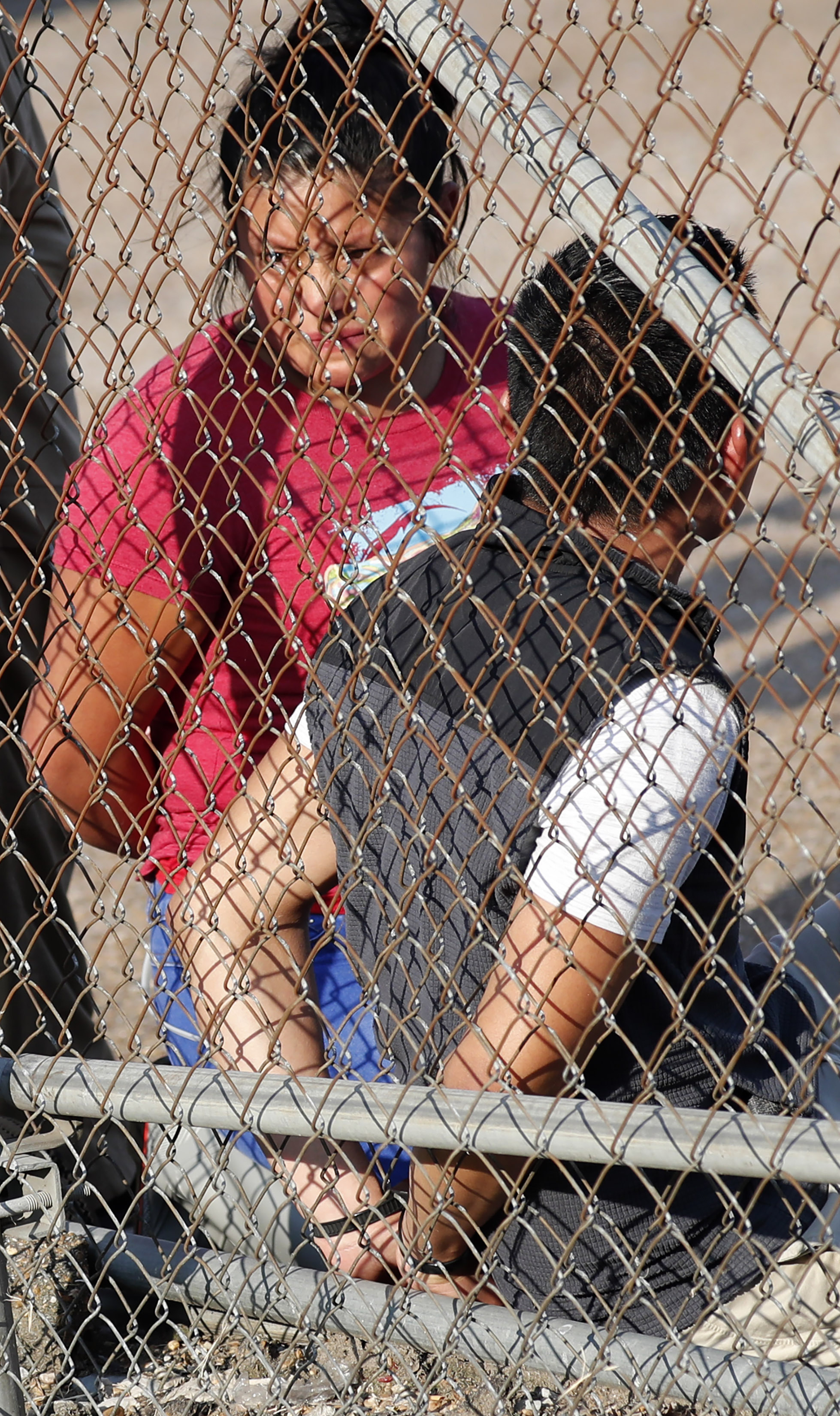 That’s because US immigration laws restricting the hiring of undocumented workers are heavily skewed in favor of employers, and in most cases they are never charged, said Muzaffar Chishti, director of the Migration Policy Institute office at the New York University School of Law.

“It’s only a handful of employers who have gone to jail,” Chishti told BuzzFeed News.

Federal law doesn’t penalize employers for hiring undocumented workers, he said, instead, it goes after the employer for not checking people’s documents or knowingly hiring unauthorized employees.

“I call it the ‘knowingly loophole,'” Chishti said. “It’s the knowingly that provides the employer a major defense in such actions… You can always play dumb.”

While there’s a possibility the employers at the center of the Mississippi raid will be fined, the chances of them going to jail are “minimal to minuscule,” Chishti said, and it could be months before any penalty is brought.

ICE said agents encountered 18 children working at the Mississippi plants that were part of the worksite raid, an issue that is more likely to lead to an employer facing criminal charges, Chishti said.

Authorities could also obtain more information on an employer’s practices from the workers themselves to prove a company knowingly hired undocumented people.

In most cases where employers are audited by ICE and found to have been hiring undocumented workers, the issue is resolved with financial penalties, said Jessie Hahn, labor and employment policy attorney at the National Immigration Law Center.

“The fines tend to be quite low… and the risk of being prosecuted is basically non-existent,” Hahn said. “Employers will say ‘Oh they’re going after us.’ I find that kind of laughable because the risk and exposure the employer faces has no point of comparison with the devastation that happens to the employees’ lives and these communities in the aftermath of these raids.”

During typical immigration enforcement raids, agents walk in to a business with search warrants, not arrests warrants, and don’t have enough evidence to bring criminal charges, Hahn said. In the aftermath of a worksite operation, investigators can collect documents and witness statements to build a criminal case against employers.

While criminal charges are rare, ICE will often release statements boasting about enforcing the law against employers. “At the same time, what they did was detain hundreds of workers, and not detain the employer,” Hahn said.

The penalties employers face for hiring undocumented workers stems from the 1986 Immigration Reform and Control Act, which, in addition to legalizing about 3 million people, created employer sanctions and the requirement that businesses check for work authorization as a way to disincentivize undocumented immigrants and protect US jobs, Hahn said.

But the law has had the opposite effect, leaving workers more vulnerable to labor violations and exploitation under threats from employers that they will be reported to ICE.

“That is still the larger problem. As long as immigrant workers are vulnerable to that kind of retaliation, and labor protections are not meaningfully enforced on their behalf, we’re not going to get labor standards to where we want and need them to be,” Hahn said. 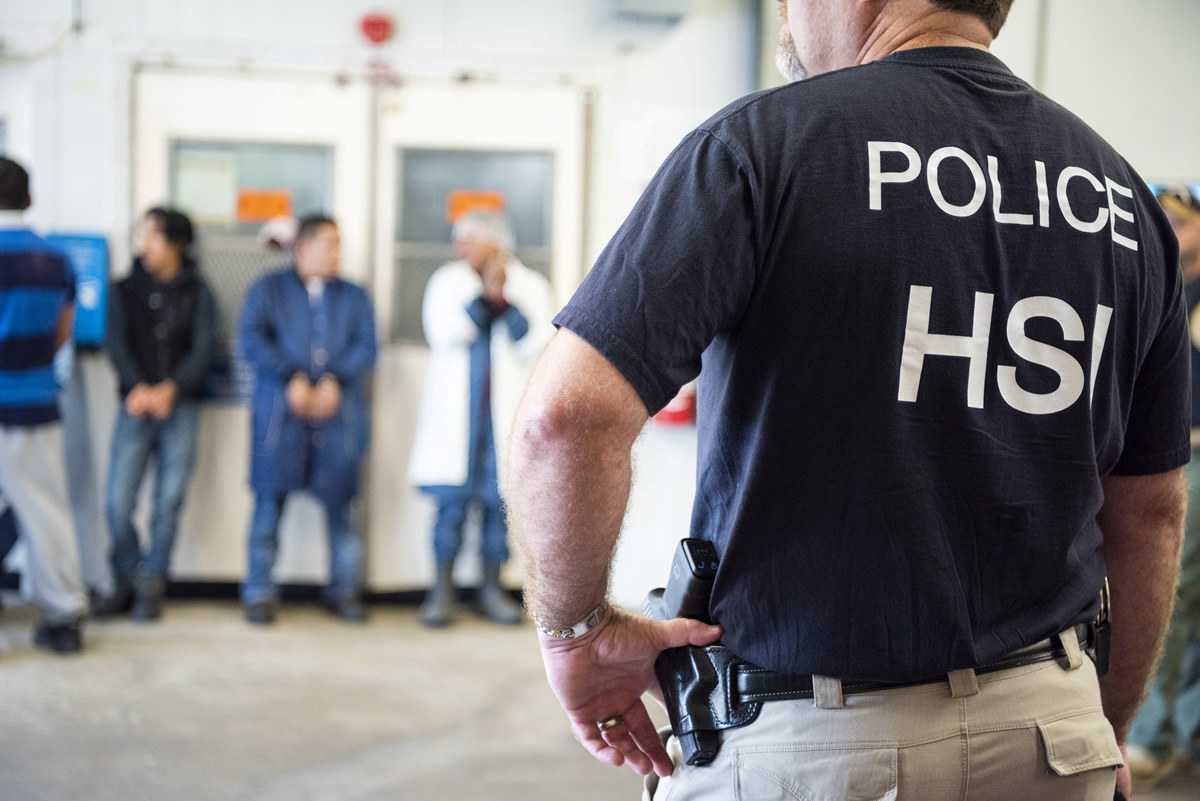 John Sandweg, former acting ICE director under the Obama administration, said that it appeared likely individuals from the companies raided this week would eventually face charges.

“I don’t think it’s fair to say that the employers will get left off the hook — I suspect they won’t be,” he said, noting that the search warrants showing that agents had obtained probable cause to a federal judge to allow them to enter the facilities.

John Amaya, a former deputy chief of staff at ICE under the Obama administration, said that investigations generally begin with tips from those within the plants themselves. From there, agents demand documents proving workers are authorized.

“The agency has to ask, can we prove this person had a pattern and practice of knowingly hiring undocumented workers? That’s where the rub falls into play,” Amaya said, noting that that decision will ultimately come down to the US attorney.

Federal authorities will likely need to rely on workers to provide them with detailed accounts of the hiring practices, and if the evidence isn’t there, the agency can issue civil fines against companies.

“At the end of the day,” Amaya said, “It’s about how much can you prove in court? Proving intent is pretty hard, as long as there isn’t a paper trail or an email trail it will be a, ‘He said, she said.'”