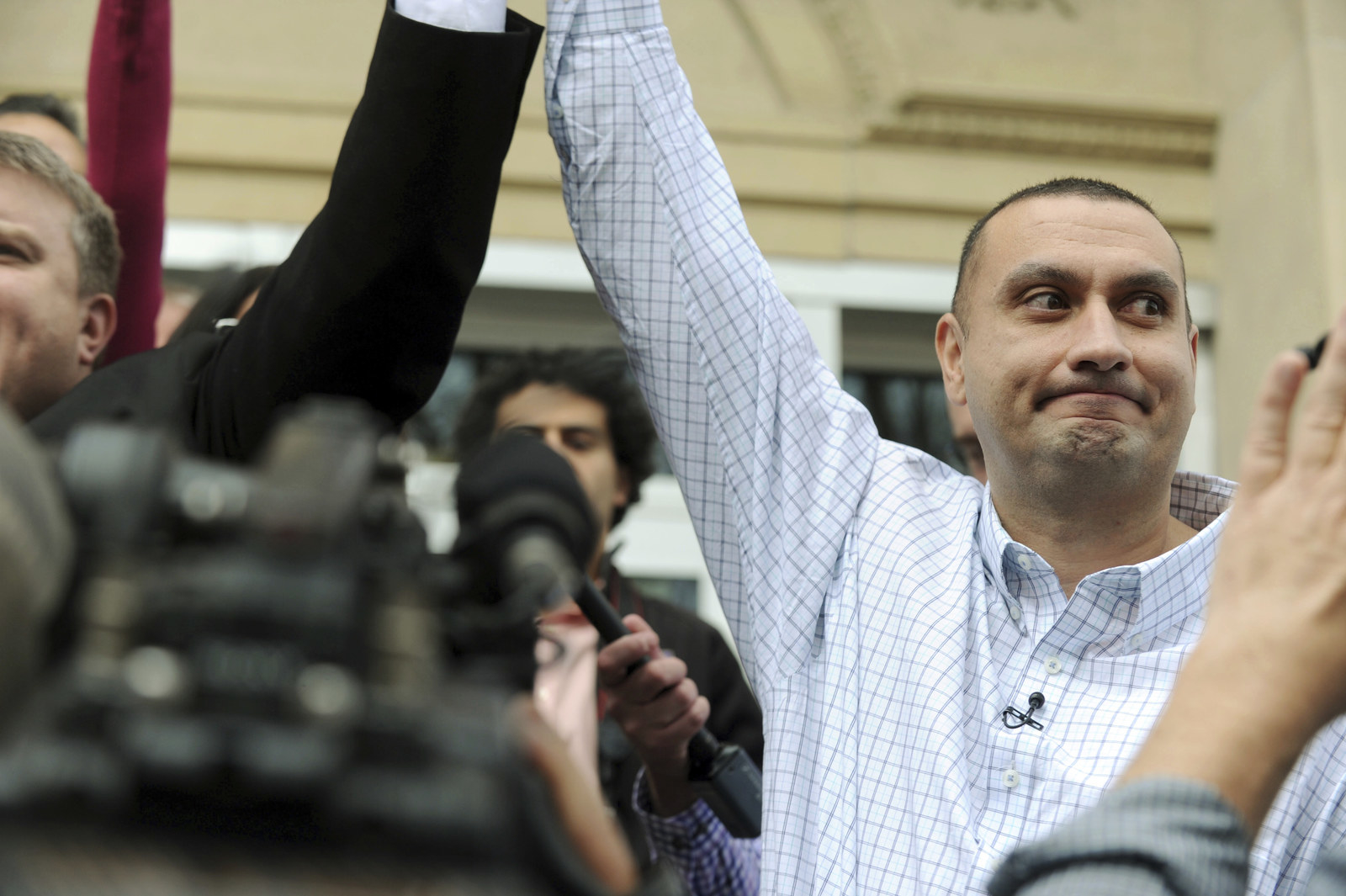 It has helped crack violent crimes that seemed unsolvable and led police to identify dozens of suspected killers and rapists.

On Wednesday, it was used to exonerate a man in the 1997 murder and rape of 18-year-old Angie Dodge, becoming the first wrongfully convicted person cleared through the use of investigative genealogy.

Now, experts in this fledgling new field say the technique could be used to exonerate others who may have also been wrongly convicted.

The Idaho Innocence Project took up the case of Christopher Tapp in 2007 and, after exhausting other options, helped push law enforcement to use genetic genealogy in hopes of finding Dodge’s real killer.

Tapp spent 20 years behind bars after he told investigators he had taken part in the grisly attack. But his confession, experts said, was not just coerced but, “a virtual recipe for how to take a false confession.”

He was released and cleared of the rape charge in 2017 after the Idaho Innocence Project won a review of the DNA evidence in the case, showing that none of the genetic code from the crime scene matched his profile. 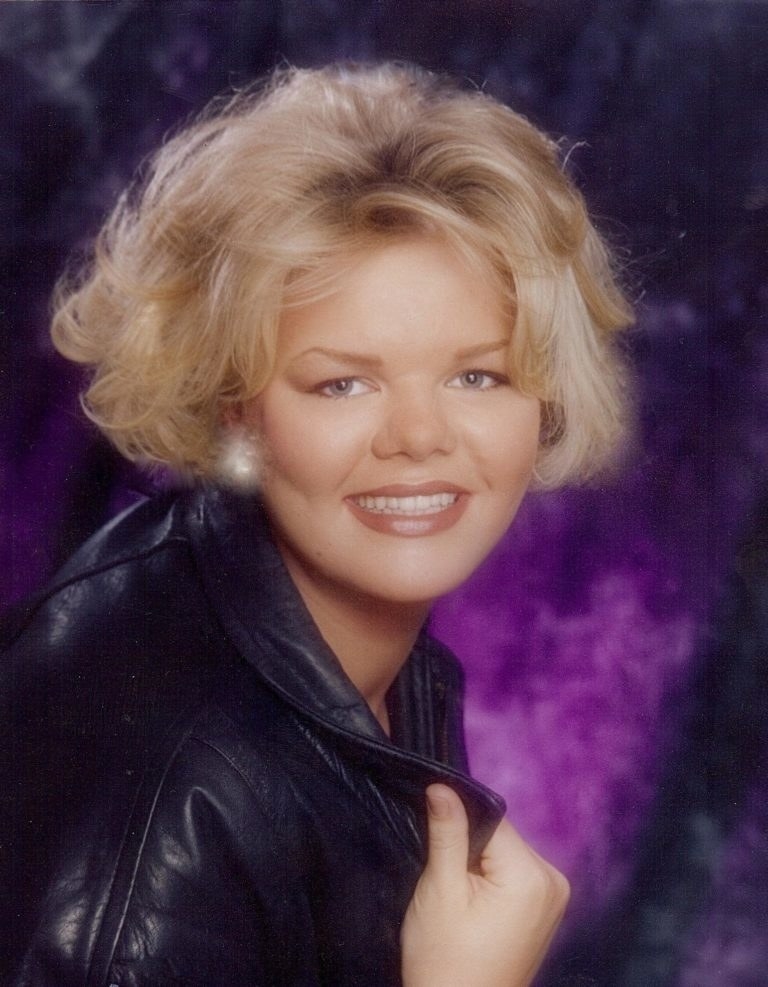 Then in May, using a 23-year-old degraded DNA sample from the original crime scene and genetic genealogy, police announced they had found the man behind the brutal killing. Brian Leigh Dripps, who once lived on the same street as Dodge, had confessed to the killing and his DNA matched the original profile of the suspected killer.

On Wednesday, Tapp was officially exonerated of the crime in court.

“Chris is an innocent man, he’s been innocent all along,” Tapp’s attorney John Thomas said at a press conference.

By uploading DNA collected from a crime scene to genealogy databases, investigators try to find distant relatives of suspects. Then, assembling complicated and time-consuming genealogical trees they work to follow the family tree to a possible suspect.

This investigative technique had once been used almost exclusively by genealogists helping people trace their family history or find their birth parents or long-lost relatives. Now, police departments across the nation are reaching out to private companies and the FBI to make use of the new method.

Since the arrest of the suspected Golden State Killer, more than 70 suspects and victims of rape and homicide have been identified by police across the country using genetic genealogy, including decades-old cold cases that had previously led detectives to dead ends.

“I certainly expect to help many more people,” CeCe Moore, lead genealogist for Parabon NanoLabs, who worked to identify Dripps as the real killer of Angie Dodge, told BuzzFeed News.

A DNA analysis company, Parabon has become a leading player in investigative genealogy and is responsible for more than 50 of the publicly known cases where a suspect or victim has been identified.

Although the focus over the past year has been in identifying suspects of crimes, Moore said she sees her work as also helping to clear the names of dozens, sometimes hundreds, of suspects that police compile when they’re working to crack cold cases. While their names are often not public, the suspects are often contacted repeatedly by police looking for a break in the case.

“The next step is getting someone out of jail,” she told BuzzFeed News.

Helping to identify suspected killers has been an important part of her work, she said, but helping to clear Tapp of Dodge’s murder has been the most gratifying work she’s done so far.

“This was different,” she said. “This was pure joy.”

The Idaho Innocence Project first took up the case after Tapp sent a handwritten letter to the organization claiming his innocence.

Semen and a pubic hair left at the scene of the crime were found not to match Tapp’s genetic profile despite multiple searches. A teddy bear that Tapp had told investigators he had held during the crime was found to have no DNA evidence that matched him either.

“For 20 years, Chris Tapp and the DNA evidence was saying, ‘You have the wrong guy,'” Hampikian said.

In 2017, Tapp cut a deal with prosecutors: with none of the DNA evidence linking him to the crime, he was cleared of the rape charge and released from prison, but he would continue to have the murder conviction on his record.

As part of the deal, however, the Idaho Innocence Project would keep the original DNA crime scene sample, which the organization used to upload to a public database and, eventually, trace it back to the real killer using investigative genealogy.

“We said, ‘Let’s pretend this DNA is an orphan and is trying to find it’s daddy,'” Hampikian said.

Moore said the sample had been severely degraded and, when she ran it through the public database GEDmatch, she found only distant familial connections, making her pessimistic about finding a break in the case. It was when she got a call from Carol Dodge, Angie Dodge’s mother, asking her to test the sample that Moore said she decided to trace the genealogy of the DNA.

Carol Dodge had grown convinced of Tapp’s innocence and had begun to reach out to media, the Idaho Innocence Project, and attorneys to help prove he was not the killer. Dodge had heard about investigative genealogy, and decided to call Moore directly to ask her to take up the case. 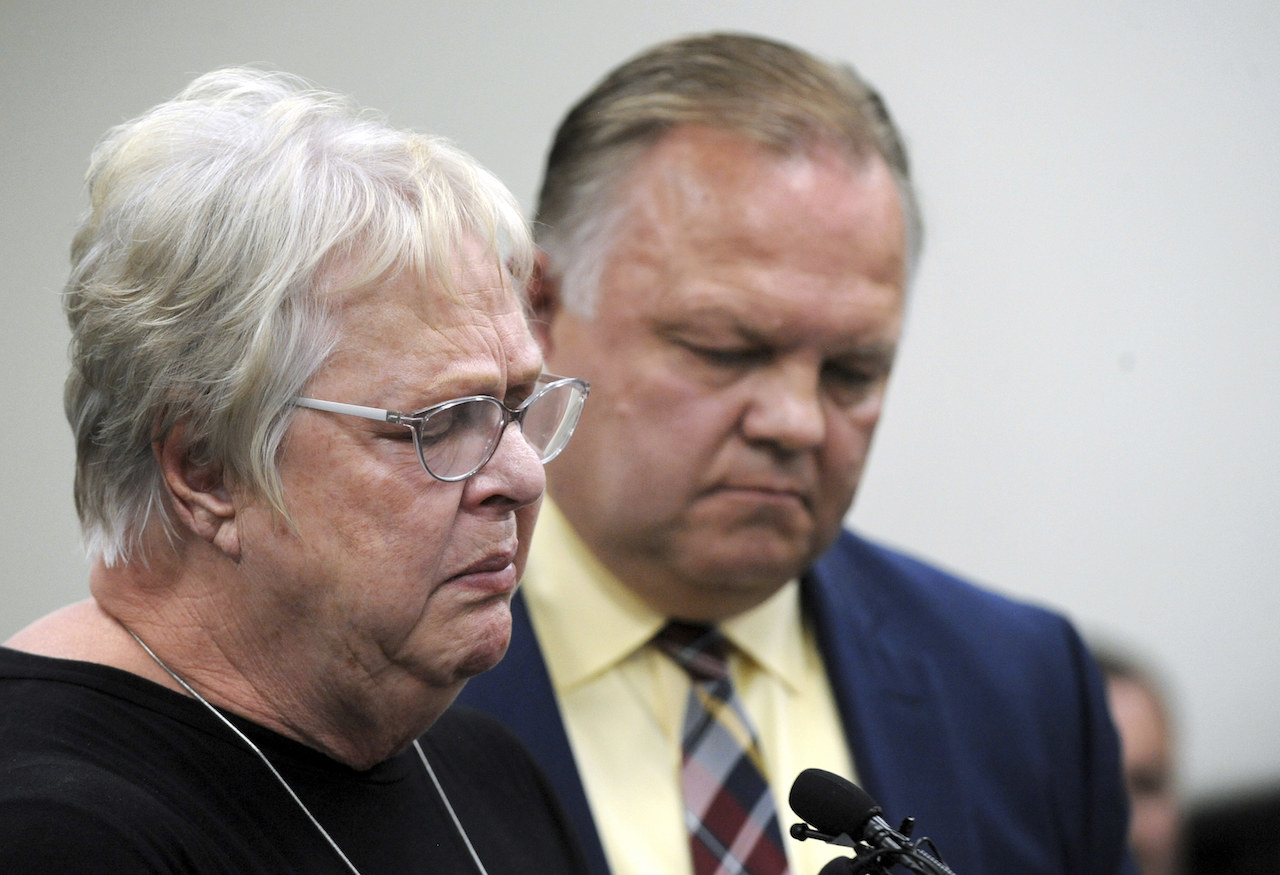 Carol Dodge becomes emotional as she thanks the members of the Idaho Falls Police Department in May 2019.

In April, Moore said, she finally caught a break, finding a distant third cousin to the suspected killer. The genealogy pointed her to Brian Leigh Dripps.

The match didn’t just bring closure to the case but showed that genealogists could use degraded DNA samples in investigative genealogy, Moore said. It also highlighted the possibility that investigators could use the technique to find the origin of unidentified DNA evidence, especially in cases where the conviction of suspects is being questioned.

Hampikian said the Idaho Innocence Project is currently working on cases where the person convicted does not match DNA evidence from the scene — prime cases for investigative genealogy.

“I want that DNA identified,” he said.

For the moment, however, genealogists are limited on the possibility of matches in public databases.

After GEDmatch made an exception to its terms of service to allow law enforcement to search for a suspect in a violent assault suspect (the conditions were previously limited to sexual assault and murder) privacy concerns from users prompted the company to make changes to its use.

Users must now opt in to have their DNA profiles available to law enforcement.

Moore said this change has severely limited the possibility of genetic genealogy for the moment, but Parabon is still working on about 200 cases that had already been put through the database.

Hampikian said he’s aware of the privacy issues surrounding the practice, but he’s also concerned that if the tool is available to law enforcement, it must also be available to defense attorneys and groups that are trying to help those who may have been wrongfully convinced.

“The question is, who can use these tools? Who owns the human genome?” he said. “The fact is, this is solid science, and it leads to truth.”