Difficult conversations always have a home at Jada Pinkett Smith’s “Red Table Talk,” so it was only a matter of time before rapper T.I. ended up taking a seat.

The “Rhythm + Flow” judge has faced major backlash for controversial comments he made earlier this month about parenting and his 18-year-old daughter Deyjah Harris’ virginity.

T.I., aka Clifford Joseph Harris Jr., had revealed on the “Ladies Like Us” podcast that he escorts his daughter to the gynecologist every year after her birthday to make sure her hymen is “still intact,” which sparked outrage from everybody from Planned Parenthood to Gloria Steinem and Me Too movement founder Tarana Burke.

On Monday, the rapper, accompanied by his wife, singer Tiny Harris, declared that he’d come on Pinkett Smith’s Facebook talk show to discuss the “tough stuff.” He dubbed the entire uproar over his parental approach “hymen gate.”

“My intentions have been terribly misconstrued and misconceived,” T.I. said, kicking off the conversation by clarifying that he was never present in an exam room and no longer accompanies his daughter to doctor’s visits.

“Deyjah knows how I am and who I’ve always been,” he added. “The outside noise is distracting and confusing. It’s hurtful and embarrassing.”

Her husband didn’t understand “how serious and personal it was until after he said it,” added Tiny, who shares three children with the rapper.

T.I. went on to admit he was “oblivious” to the issues with his oversight of his teenage daughter’s body, but became defensive when addressing the role of a father in today’s society.

“I don’t think anybody has a problem with you protecting your daughter. That’s not the issue. It’s the hymen part,” Pinkett Smith hit back. “There are certain sensitivities you might not understand and have because your relationship in the world is different than a woman’s relationship.”

The Grammy winner went to emphasize that he wants his daughter to be “equipped” as an adult because of the potential for men to “defile and destroy” her.

“I think that in the age or the time when our women — Black women — are the most unprotected, unattended, disregarded women on the planet, I’m being criticized because I’m willing to go above and beyond to protect mine,” he said. 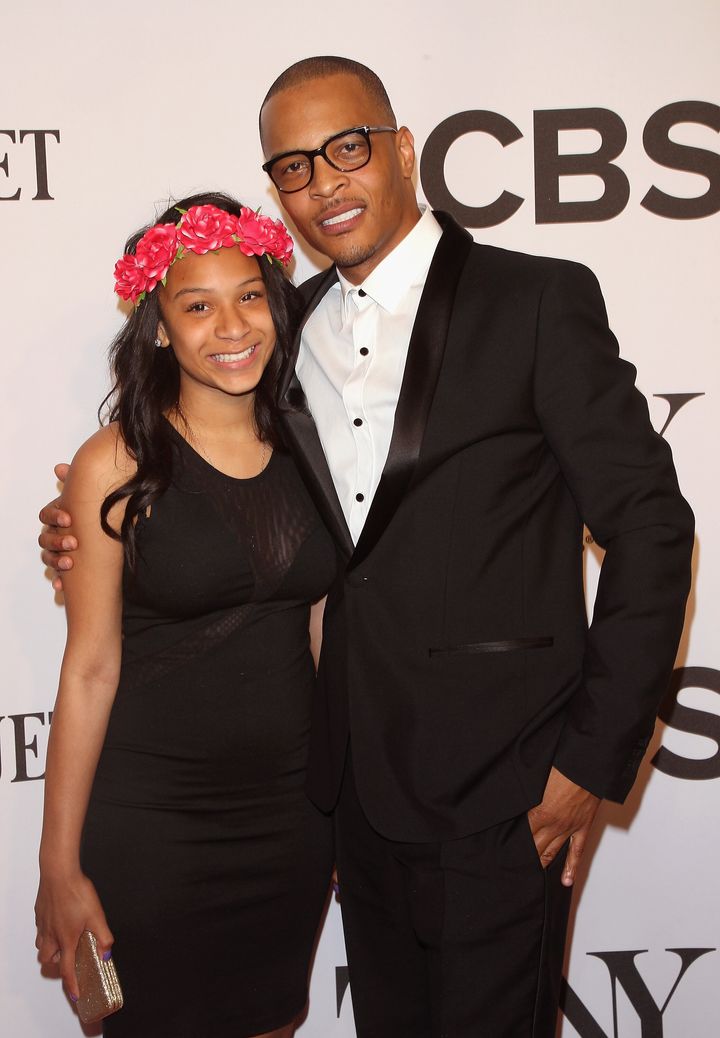 That comment led into a back and forth about how the rapper approaches parenting his sons differently, touching on the dangerous double standard inherent in arguing that anybody needs to “treasure” a daughter’s virginity.

Pinkett Smith proceeded to give T.I. a masterclass in the patriarchy ― a term that appeared to be unfamiliar to him.

“It is structured by the views and the outlook of men and it tends to often be oppressive to the feminine journey,” she said, adding that she’s grateful for the chance to have this kind of educational dialogue about sensitive issues.

Pinkett Smith teased the “extremely candid” conversation on her Instagram account earlier on Monday before the episode aired.

T.I. ultimately apologized to his daughter, who has not publicly addressed the controversy herself. She did, however, unfollow him and other family members on social media after his initial comments on the podcast.