Jimmy Johnson, the session guitarist and studio engineer who contributed to hundreds of hit records while helping to define the sound of Southern pop and soul music in the 1960s and ’70s, died on Thursday in Florence, Ala. He was 76.

His death, at Northwest Alabama Medical Center, was confirmed by his longtime friend and collaborator David Hood, who said Mr. Johnson had been struggling with kidney failure.

A highly intuitive musician, Mr. Johnson achieved early acclaim in the 1960s as the rhythm guitarist in the house band at the producer Rick Hall’s FAME Studios in Muscle Shoals, Ala. His undulating swells and bluesy, staccato fills can be heard on recordings like “Respect,” Aretha Franklin’s first No. 1 pop hit, and Wilson Pickett’s “Funky Broadway” and “Land of 1,000 Dances,” both of which reached the Top 10.

In 1969 Mr. Johnson and three of his associates from FAME — the drummer Roger Hawkins, the keyboardist Barry Beckett and Mr. Hood, the ensemble’s bass player — parted ways with Mr. Hall in a dispute over money. That April they opened their own studio, Muscle Shoals Sound, in a former coffin warehouse in nearby Sheffield, Ala.

Billing themselves as the Muscle Shoals Rhythm Section, the four men proceeded to play on scores of landmark recordings. They were heard on the gospel-steeped “I’ll Take You There,” a No. 1 pop and R&B hit for the Staple Singers in 1972. They also backed Paul Simon on his 1973 Top 10 single “Kodachrome” and Rod Stewart on the gossamer ballad “Tonight’s the Night (Gonna Be Alright),” released in 1976. It topped the pop chart for eight weeks.

Admired for their blend of expressiveness and restraint, Mr. Johnson and his bandmates honed a less-is-more approach to playing marked by a seemingly unerring knack for hitting the right note at just the right time and place. They became as renowned in their day as the Funk Brothers of Motown Records or the Wrecking Crew in Los Angeles.

They were given the nickname the Swampers by the producer Denny Cordell after he heard the pianist Leon Russell extol the virtues of their “funky, soulful, Southern swamp sound.” They were further lionized by the band Lynyrd Skynyrd in their 1974 hit, “Sweet Home Alabama.” (“Now Muscle Shoals has got the Swampers / And they’ve been known to pick a song or two. / Lord, they get me off so much / They pick me up when I’m feeling blue.”)

In a 2017 interview with Southern Rambler magazine, Mr. Johnson explained what distinguished the Swampers’ extemporized, or “head arranged,” studio work from that of their counterparts in recording centers like New York, where they had played on sessions for the Atlantic Records producer Jerry Wexler.

“The records in New York were set by arrangers who wrote all of the parts down,” Mr. Johnson said. “It was out of the mind of one guy. In Muscle Shoals we did head sessions where everyone contributes.” 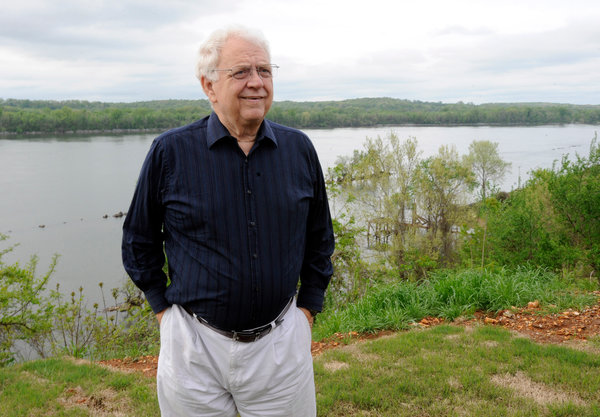 Mr. Johnson was more than just an imaginative guitarist; he also ran a successful music publishing company and was an astute and empathetic recording engineer. He was at the mixing board for Percy Sledge’s “When a Man Loves a Woman,” a No. 1 pop and R&B hit in 1966, as well as for Bob Seger’s “Old Time Rock and Roll,” which, according to Wurlitzer, is the third most popular jukebox record of all time. He also engineered three tracks on the Rolling Stones’ acclaimed 1971 album, “Sticky Fingers,” including “Brown Sugar” and “Wild Horses.”

The Stones’ visit to Muscle Shoals was an example of the Southernization of pop music, in which Mr. Johnson played a crucial part. At the time, many musicians from outside the South wanted to record in the down-home style made famous there.

Jimmy Ray Johnson was born on Feb. 4, 1943, in Sheffield to Ray and Hazel (Roberson) Johnson. His father was an amateur musician who worked at the Reynolds Aluminum Plant in Muscle Shoals. His mother was a homemaker who often hosted out-of-town singers recording at Muscle Shoals Sound for dinner. He earned his first $10 as a guitarist at age 15 when he played a Saturday night sock hop at the National Guard Amory in Tuscumbia, Ala.

In 1962, while still in his teens, Mr. Johnson became the first paid employee at FAME Studios. He answered the telephone, booked studio time and did typing. By the mid-’60s he had begun engineering and playing sessions.

He continued to do studio work into the current century, inspiring new generations of musicians like Jason Isbell and Alabama Shakes.

Mr. Johnson’s legacy, and that of his colleagues, was celebrated in the 2013 documentary “Muscle Shoals.”

Mr. Johnson is survived by his wife, Becky (Hardy) Johnson; a son, Jimmy, known as Jay; a daughter, Kimberly Tidwell; a stepdaughter, Alana Parker; and a grandson. His brother, Earl, died in 1977.

Mr. Johnson’s early years as a session musician in Northern Alabama testified not just to the power of musical collaboration but also to the kinship among black and white musicians at a time when the divide over civil rights in this country seemed all but unbridgeable.

“We didn’t know we were making history,” he said of this interracial affinity in an interview with Southern Rambler magazine. “Black or white, we had the same goal: to cut a hit record.”

After the Rev. Dr. Martin Luther King Jr. was assassinated in 1968, the all-white Muscle Shoals Rhythm Section’s work on soul music sessions for Atlantic and Stax, two of the era’s most influential record companies, was suspended. To Mr. Johnson’s relief, the suspension was temporary.

“We were an integral part of Atlantic and Stax and thought that might be it,” he recalled in that interview. “We were told we wouldn’t be cutting any more black records, and those were our favorite records.”