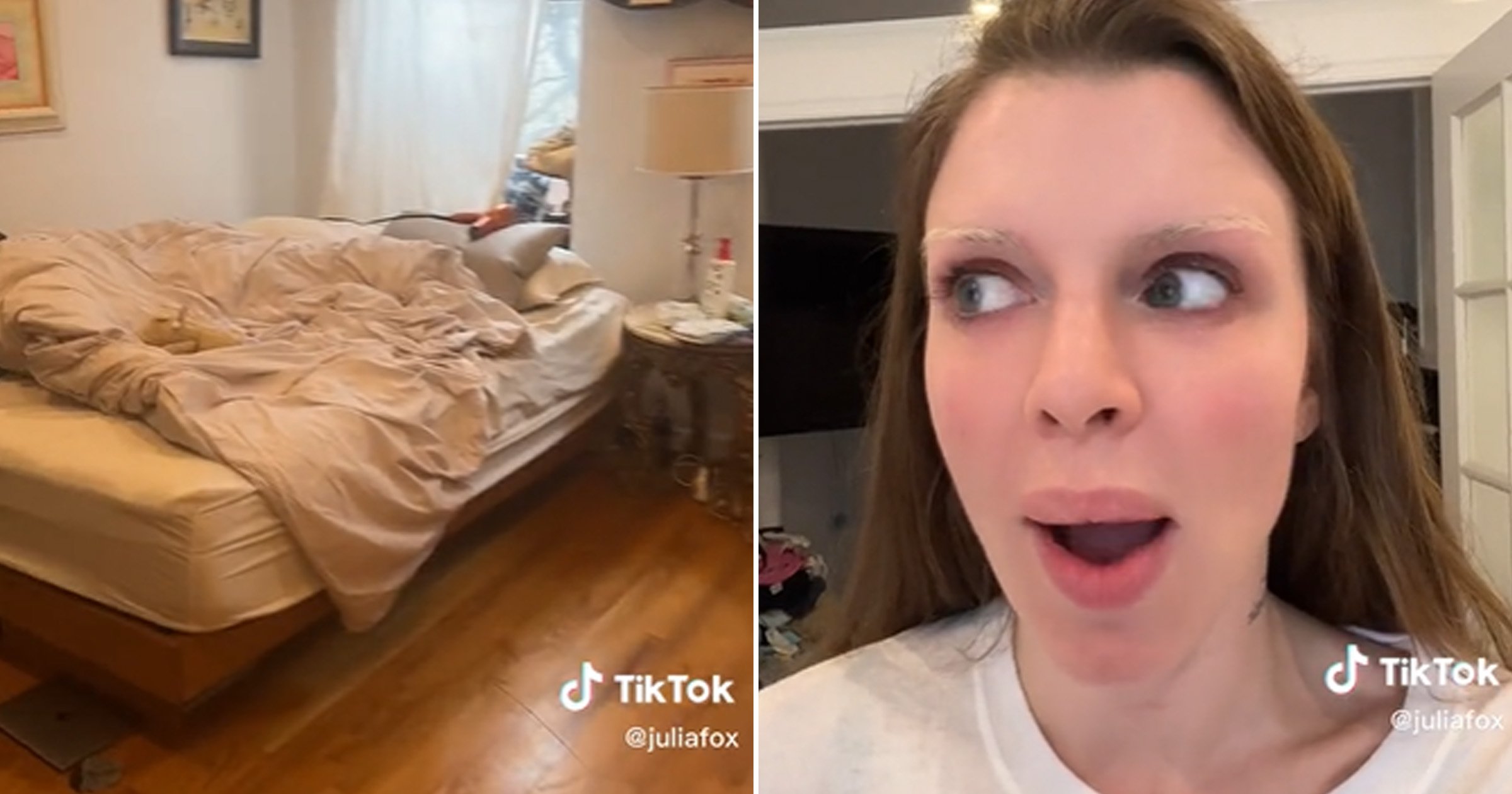 Julia Fox has shattered any illusion of her life in a new Tiktok, blessing us with her most relatable moment yet.

The Uncut Gems actress decided to give fans a warts-and-all tour of her apartment in New York, showing off the space she has carved out for herself and her two-year-old son, Valentino.

‘Okay I never thought in a million years that I would do this, but I do believe in maximum transparency and so I’m going to give you guys an apartment tour,’ the 32-year-old began the clip.

‘I know I’m going to get roasted and whatever, but hopefully, maybe someone can watch this and be like, “Maybe I’m not doing so bad!”’

Showing off her own private bedroom, adorned with framed photos, skincare products and general clutter, she said: ‘We’ll start in my bedroom which is the living room – I put my bed here in the living room so I could turn my bedroom into a little playroom for Valentino.’

The mom-of-one then revealed a play area for the toddler, who she shares with ex-husband Peter Artemiev, which was filled with different toys and tricycles.

Come with me on a very underwhelming apartment tour! also to clarify I have only ONE mouse and he’s cute 🥰

She panned the camera across personal photos of the youngster and her late pals, and showed off her ‘growth station’ – consisting of two plants that were definitely not growing.

After exploring the long hallway and bathroom, which she described as ‘very tiny but it does what it is supposed to do’, Julia revealed Valetino’s toy kitchen area which was opposite the real one.

‘Don’t judge me, I know it’s really messy! I also have shoeboxes in the kitchen which is very common for New Yorkers,’ she insisted, before unveiling her son’s bedroom.

‘He does not hang out in here at all, he only wants to be in mamma’s room.

‘He doesn’t even sleep in there, he sleeps in bed with me. Yeah, we’re co-sleepers, sue me. I don’t care.’

Traveling back to her own space, she said: ‘We do have a small mouse problem but it’s a problem depending on how you look at it.

‘I let them rock, I appreciate that they – at night, while we’re sleeping – come out and clean up the crumbs that my son drops on the floor. I’m not going to evict the mice anytime soon.’

Julia added: ‘For me personally, I don’t like excessive displays of wealth, they make me feel icky. Especially people that have really big houses.

‘It’s just really wasteful when there’s so many homeless people in this country. I’m not really like that.’

Fans were living for Julia’s honesty and flooded the comments with praise for the actress’ ‘transparency’.

‘She’s just like us fr,’ one wrote, as a follower agreed: ‘Love how much of your space is dedicated to your son.’

‘Your a mother that obviously prioritizes your child & it is a beautiful apartment,’ one said. ‘Love you are showing that success looks different for every person [sic].’

‘Love your place! Looks totally awesome and spacious for NYC,’ a TikTok user replied. ‘I’d put my bedroom in the living room too!!’

A commenter added: ‘I love you for transparency and just openness.’