The couple are reportedly expecting their first child together, multiple outlets confirmed, with the “American Idol” singer and legendary music producer photographed together buying baby apparel in Montecito, California, on Tuesday.

McPhee, 36, and Foster, 70, wed last summer in an intimate ceremony at the Church of Saint Yeghiche in London a year after he popped the question during an Italian getaway.

Foster, meanwhile, has five children from previous relationships ― he’s been married four times before, most recently to “Real Housewives of Beverly Hills” alum Yolanda Hadid. He has three daughters, Sara, Erin and Jordan, with his second wife, Rebecca Dyer, and daughter Amy with his first wife, B.J. Cook. He first became a father to his eldest child Allison Jones at just 20 years old. She was placed for adoption but the two reconnected later in life. 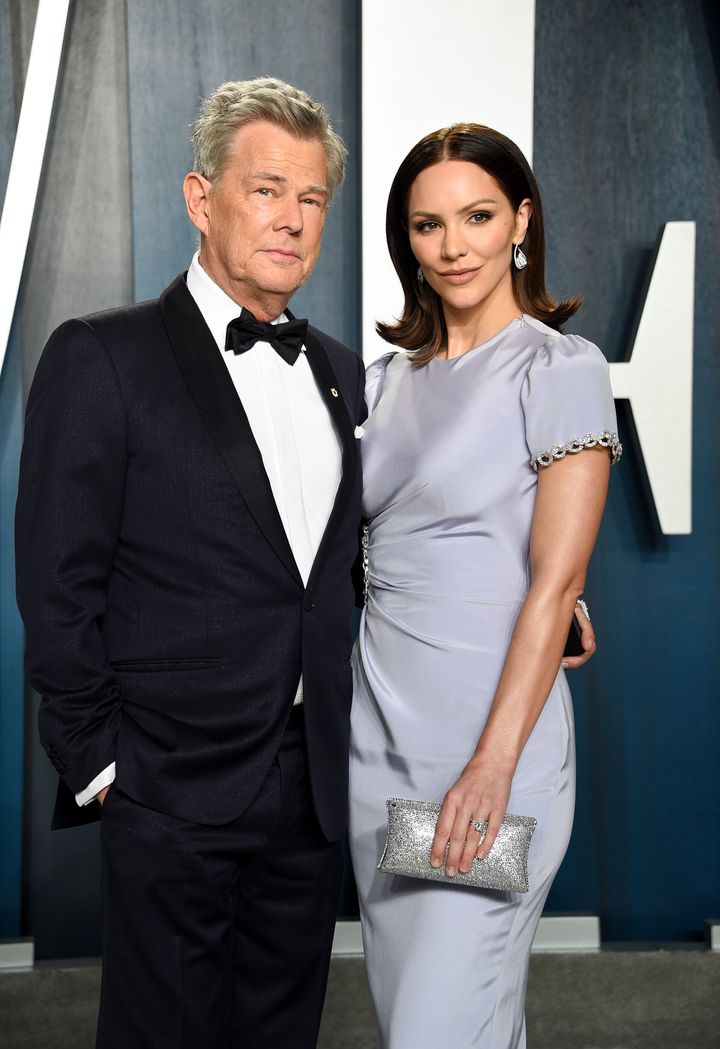 The couple have yet to officially comment on the news, amid McPhee’s ongoing social media silence, which began when she was called out for donating to the National Republican Senatorial Committee, according to Federal Election Commission records.

McPhee and Foster first sparked romance rumors back in 2017, but didn’t make their official debut as a couple until the Met Gala the following year.

The two, however, first met nearly 14 years go when Foster mentored McPhee alongside other contestants competing on the fifth season of “American Idol.”

The composer previously described the trajectory of their relationship as a “natural coming together” after years of friendship and musical collaboration.

“I’ve always just admired him and loved him, and he’s always been so great to people around him,” McPhee told “Today” about their connection last year. “He can be intimidating when he really needs to be, for his work, but he’s really lovely.”

Their 34-year age difference has raised some eyebrows over the course of their relationship, but both have repeatedly poked fun at the commentary and brushed it off in the press.

“Look, we have haters on social media and there’s not a person around that’s not going to make some comment about the age difference,” Foster told USA Today earlier this year, noting that his daughters have welcomed McPhee with open arms. “But there are so many things that can bring a marriage down: It can be financial, it can be children, it can be geography, it can be infidelity. And one of them is age difference, but that’s our only problem. Everything else is in line, so it’s not going to bring us down.”