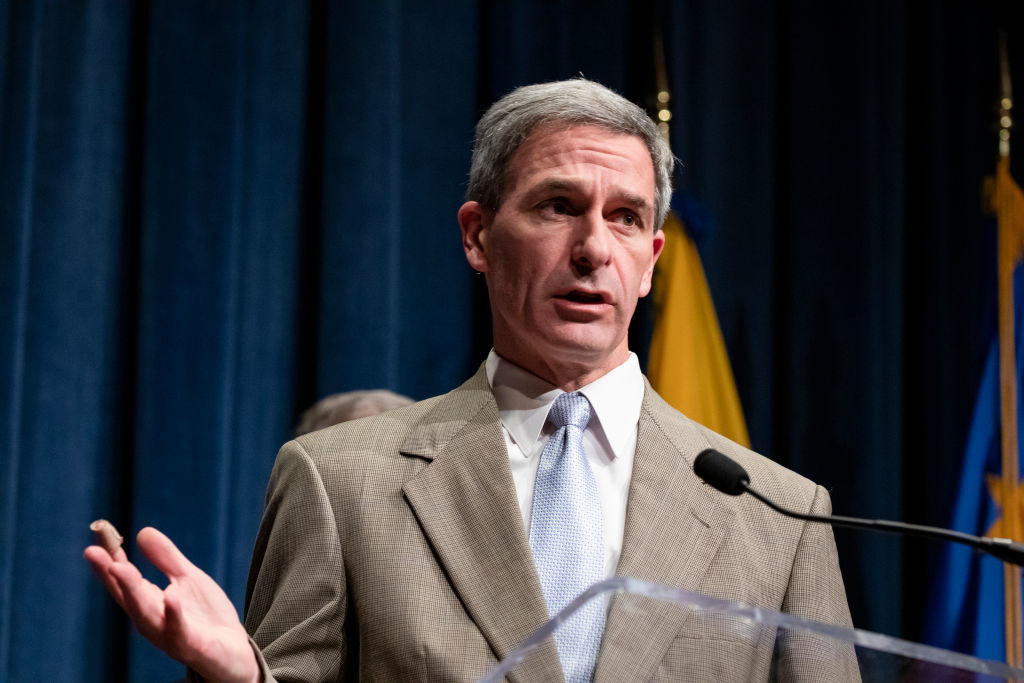 A federal judge in Washington DC ruled Sunday that Ken Cuccinelli, the head of US Citizenship and Immigration Services, had not been lawfully appointed to his job and a policy directive speeding up initial screenings of immigrants seeking asylum during his tenure should be voided.

The decision comes months after Cuccinelli was initially tapped to lead USCIS by President Trump, a move that advocates immediately said violated a relatively obscure federal statute governing selections to agency positions. It’s the latest setback in the federal courts for the Trump administration and its efforts to restrict immigration.

The statue cited in Judge Randolph Moss’ decision — the Federal Vacancies Reform Act — allows the president to select certain senior officials to fill Cabinet and agency positions. At USCIS, Cuccinelli’s initial title was created by the administration: principal deputy director. Under the statute, the only way for Cuccinelli to have become eligible to be selected to lead the agency in an interim fashion was to be deemed a “first assistant.”

Moss said the creation of the title did not meet the necessary legal standard.

“On the merits, the Court concludes that Cuccinelli was not lawfully appointed to serve as acting Director and that, as a result, he lacked authority to issue the reduced-time-to-consult and prohibition-on-extensions directives,” Moss wrote.

Because he wasn’t legally appointed, Moss said a directive issued by Cuccinelli in July must be “set aside.” Asylum officers previously had to wait at least 48 hours after an immigrant has been detained for crossing into the US to interview them and hear their case. However, under the July directive issued by Cuccinelli, that window was reduced to one calendar day, according to a policy change released to staffers and obtained by BuzzFeed News.

In an initial screening — called a credible fear interview — immigrants must prove there is a significant possibility that they have a well-founded fear of persecution in their home country. In the time before the interview in custody, immigrants consult with attorneys or others to help them prepare.

The new policy also made it so immigrants could not reschedule their interview unless there are extraordinary circumstances.

The ruling could mean the end of USCIS policies put forward by Cuccinelli, but it won’t have a broader impact on most recent actions by the Trump administration on immigration.

“It’s a significant ruling about the Federal Vacancies Reform Act, but one that may be limited in its broader impact. Although any directives signed only by Cuccinelli are now vulnerable to legal challenge, the ruling won’t affect other policies adopted by those higher on the food chain at DHS,” said Steven Vladeck, a professor at the University of Texas School of Law.

Cuccinelli has since moved on to becoming the second-in-command at DHS but is still listed as the senior official performing the duties of the director at UCIS. Last week, Acting DHS Secretary Chad Wolf selected Joseph Edlow to run USCIS’ day-to-day operations.

USCIS and DHS did not respond to requests for comment on Sunday.