Brooklyn Nets star Kyrie Irving was nearly hit with a water bottle thrown by a Celtics fan in Boston on Sunday, marking the latest incident of abusive spectator behavior during the NBA playoffs.

Irving said fans were “treating people like they’re in a human zoo” and hinted at “underlying racism.”

“There is a certain point where it gets to be too much,” he said, according to ESPN.

The bottle flew at Irving as he and his teammates exited the court at TD Garden following their 141-126 victory to take a three-games-to-one lead over the Celtics.

A man wearing a Celtics jersey was pictured being escorted by police up the arena steps. He was arrested and is subject to a lifetime ban from the NBA team’s home venue, according to reports. 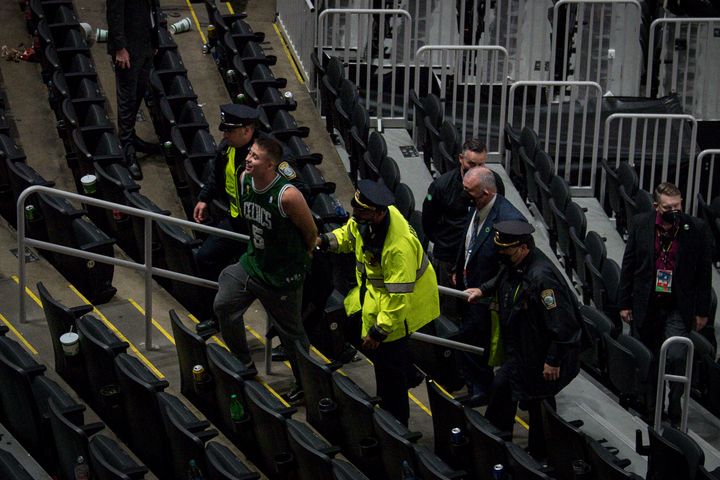 Irving, who used to play for Boston, is just the latest victim of inappropriate fan behavior as more people return to the stands amid loosening pandemic restrictions.

Washington Wizards guard Russell Westbrook was showered with popcorn in Philadelphia last week on the same day Atlanta Hawks’ Trae Young was spit on at New York’s Madison Square Garden. And in yet another ugly confrontation, fans made racist and vulgar remarks toward the father of Memphis Grizzlies guard Ja Morant during a game in Utah. The fans were banned indefinitely.