Lizzo hit the 2020 Brit Awards red carpet at the 02 Arena in London on Tuesday with a lot of flavor.

The “Cuz I Love You” singer donned a chocolate-bar-inspired gown by Moschino, with a matching chocolate-themed purse by Judith Leiber.

Lizzo shared a picture of her look on Instagram on Tuesday, writing in the post’s caption: “The best kind of chocolate.” 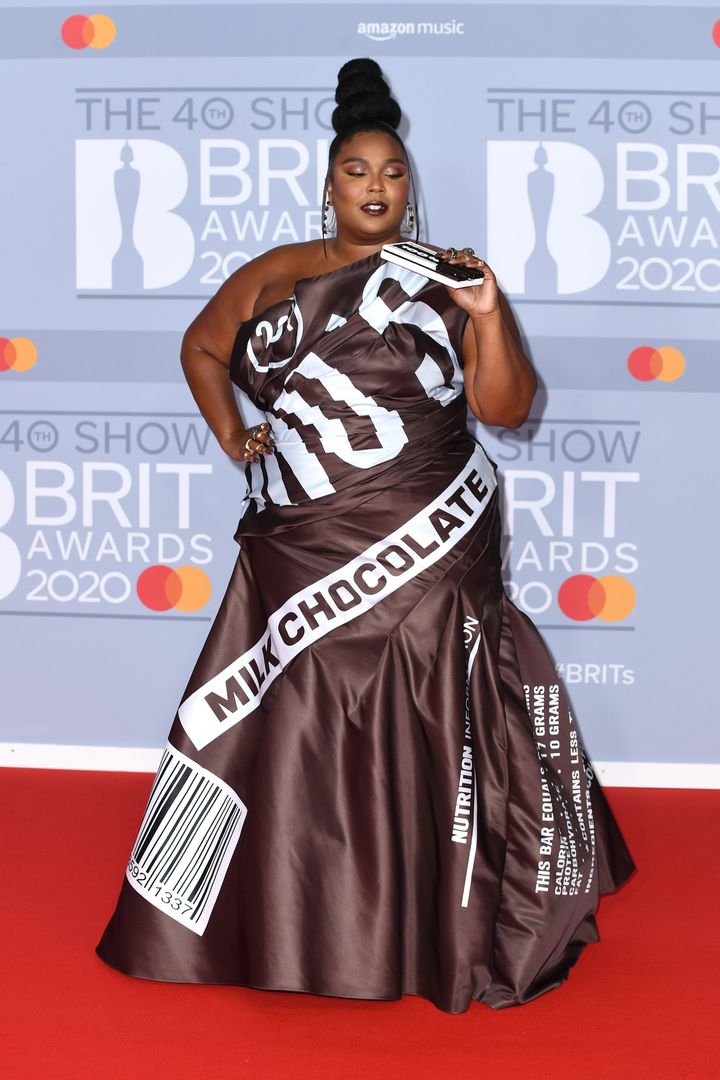 The singer earned a nomination for the 40th annual award show in the International Female Solo Artist category. She is also slated to perform during the ceremony, Billboard reported.

She racked up the most 2020 Grammy nominations of any artist.