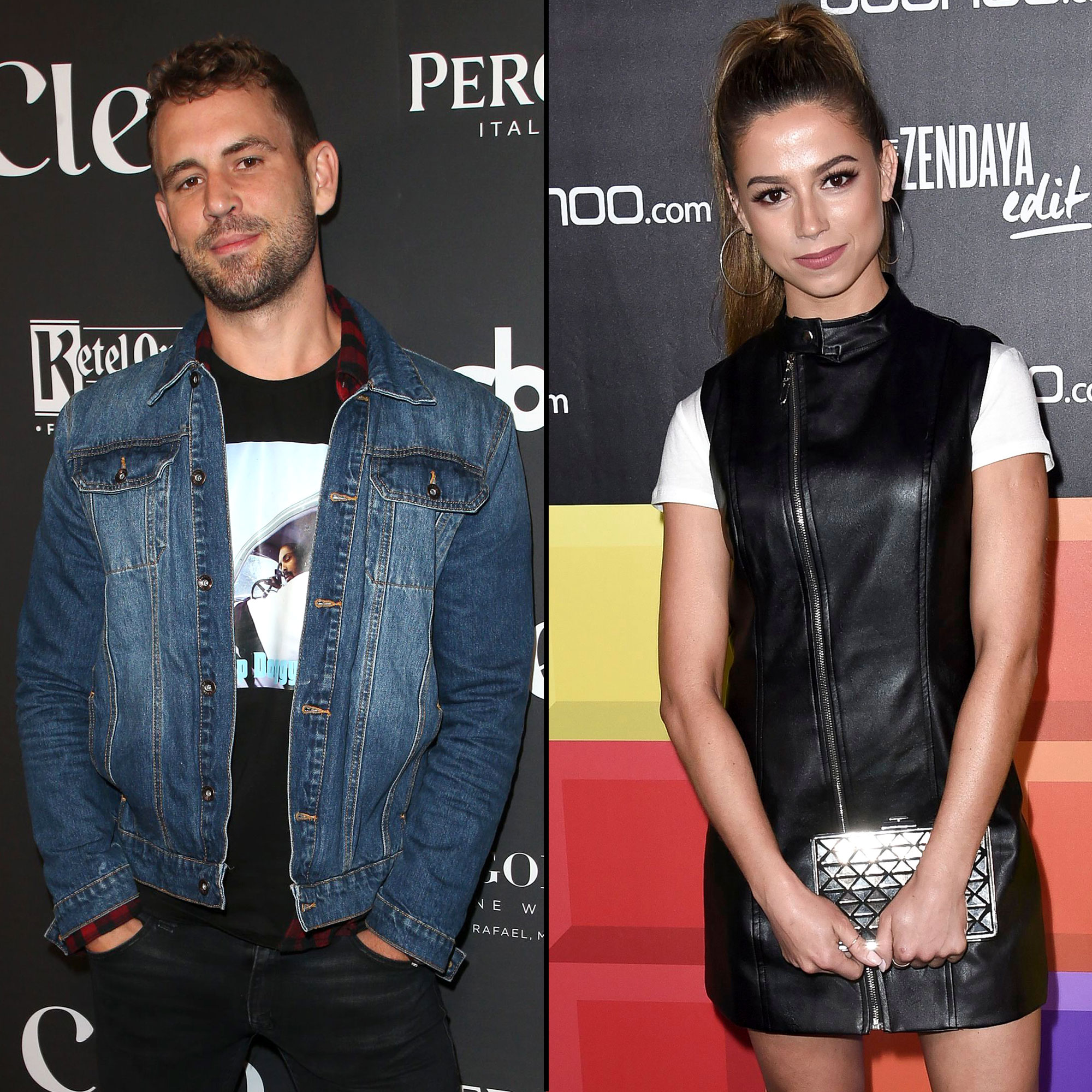 It’s been more than two years since Kristina Schulman competed for Nick Viall’s heart on season 21 of The Bachelor, but there’s no love lost between them.

The latest drama between the exes started after Kristina said that Luke Stone, who shares a striking resemblance to Nick, was “nicer, cuter and easier to talk to” than the former Bachelor on the Monday, September 2, episode of Bachelor in Paradise.

“I’m not surprised Kristina had that to say. In fairness to Kristina, I probably wasn’t easy to talk to on my season with Kristina since she decided to tell me that she slid into my brother Sam’s DM before our season of The Bachelor,” Nick claimed on the Wednesday, September 4, episode of his “Viall Files” podcast. “I don’t know what her intentions were, but she was just like, ‘Yeah, I slid into your brother’s DM and I was talking to him a little bit.’ And I was like, ‘That’s super weird.’”

He added: “I had sensed prior to that that she was a diehard Bachelor fan, so it was quite honestly kind of awkward. … If you tell me you hit on my brother on a date, I probably won’t be the most conversional.”

Hours after the podcast dropped, Kristina fired back via her Instagram Story.

“One, Nick Viall, you don’t know me, the person being portrayed on TV, you can’t say with certainty that’s who I am because you don’t know me. Second, I was the one to tell you that your brother messaged me, not the other way around,” she said. “And third, you were the a–hole when I was talking to ‘your guy, your wingman’ and you sent him a message saying, ‘Dude, f–k her,’ in reference to me. Like so disrespectful.”

“Where do you come from when telling [me] I’m the horrible person when in fact,” Kristina concluded before pointing to the screen.

Nick, meanwhile, first joked about the similarities between him and Luke via Instagram during the episode.

“Not Luke S,” Nick captioned a photo of himself on Tuesday.

The Natural Habits Essential Oils founder also addressed the comparison on his podcast.

“He’s a guy with a beard and curly hair,” the Dancing With the Stars alum quipped on Wednesday. “I’ve been told by multiple people he looks nothing like me in person.”