We knew Piers Morgan wouldn’t stay silent for long. After he walked out on the air and quit his cushy Good Morning Britain job after co-anchor Alex Beresford called out his constant Meghan Markle vitriol in March, the controversial TV personality might already be making a comeback. 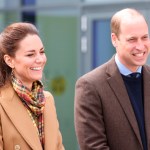 According to Morgan (so take the news with a grain of salt), ITV’s morning show has taken a ratings hit after his departure. To take the show back to the top, he’s claiming to The Sun that the network has “reached out” to him about returning to the show. So naturally, Morgan went to the press to talk all about it. It’s not a direct offer, but he’s saying that it’s “some quite random third-party feelers,” who are reportedly asking if he “would consider a return to the show. We think it’s more like Morgan is very publicly letting his former network know that he is willing to come back to the job because he’s sorry (sort of).

The embattled host already has specific thoughts on his return and if he would be allowed to continue his barrage of Meghan and Harry criticism. “I have no doubt I could take the ratings back to where I left them — but the doubt is, would anyone be allowed to do it that way again? I was hired to give very strong, honestly held opinions, which I did,” he explained. “But in the end, I was asked to apologize for a genuinely held opinion.”

As a strict royalist, he is still mouthing off about Meghan and Prince Harry even though he doesn’t have a major platform like Good Morning Britain anymore. He told The Sun wants the stateside couple to be “stripped of their titles” for “trashing the institution and causing a lot of damage in the Commonwealth.” He hates that many people are believing “this racism crap” and that “Harry needs to grow up.” Oof. Is that what the U.K. really needs to hear every morning as they sip their tea? Morgan thinks they do, and we are sure he is chomping at the bit to double down on his Meghan bashing, but we wonder if ITV is reaching out or if he’s desperately reaching out to them?

Before you go, click here to see the craziest conspiracy theories Meghan Markle has faced since becoming a royal.