A photo recently shared by Melania Trump on Twitter in which she and President Trump are seen posing sprightly with a baby who survived the El Paso shooting is igniting confusion and anger online.

On Thursday, the first lady shared a series of photos of her trip with her husband to Dayton and El Paso, where they paid visits to local hospitals and survivors.

As many quickly pointed out on Twitter, in El Paso President Trump posed with a grin and thumbs up in a photo with a newborn. The baby’s parents had both died trying to protect their child during the shooting on Saturday.

The baby was brought back to the hospital specifically for the Trump visit and photo op, a hospital spokesperson told BuzzFeed News.

Many found the pose highly insensitive. 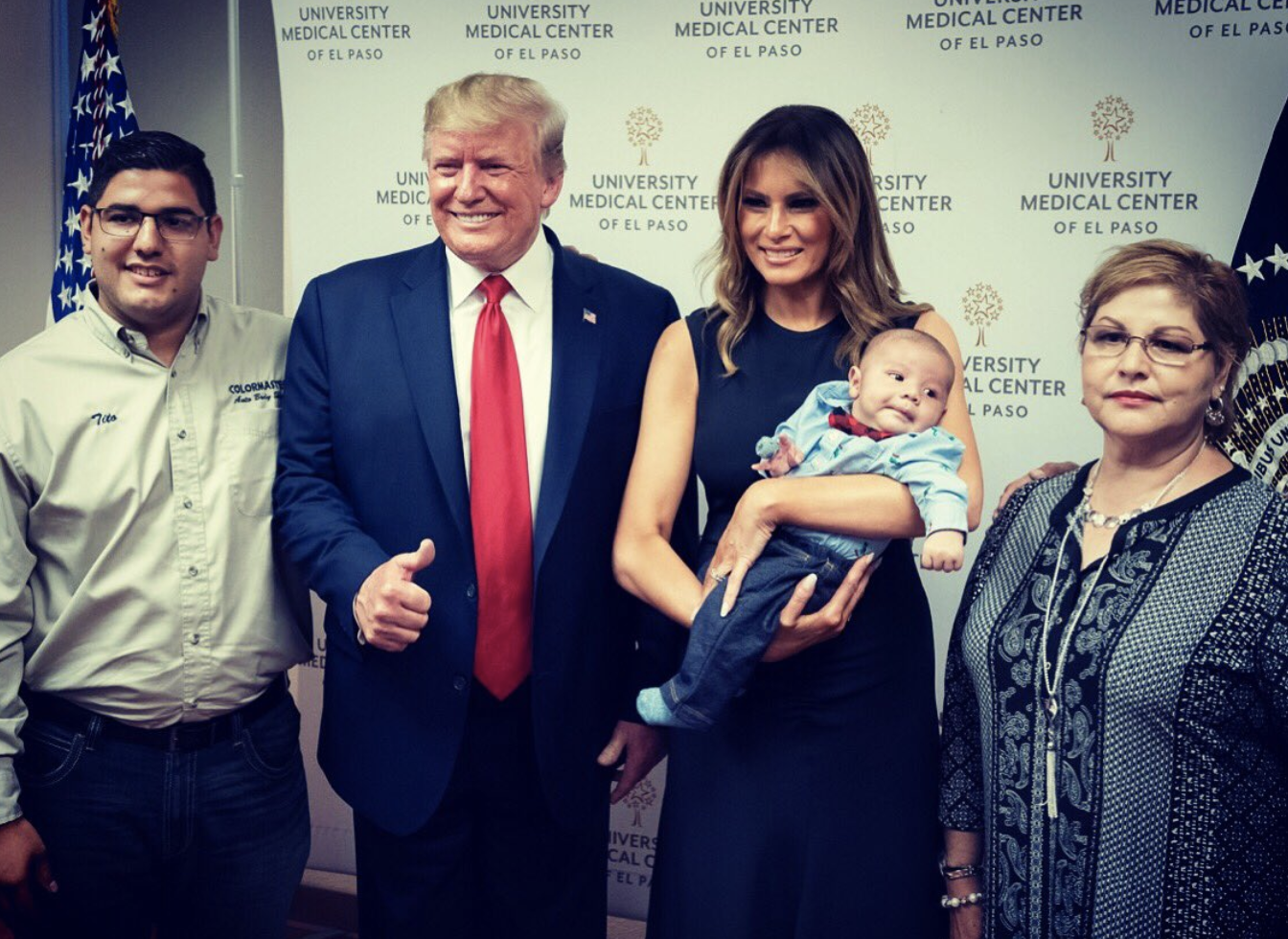 According to the Guardian, parents Jordan and Andre Anchond were shot in the El Paso Walmart while using their bodies as a human shield to protect their baby. They are among the 22 victims who died.

“Your husband is grinning like a game show contestant and giving a ‘thumbs up’ next to a baby orphaned during another mass murder,” someone wrote in response to the first lady’s tweet. “If you had normal human empathy you’d realize how horribly odd this is.”

“This post is so offensive in every way,” another added.

However, the uncle of the baby, Tito Anchondo, told NPR that his brother “was very supportive of Trump.” He disagreed with critics who blame the president for inciting violence against immigrants.

“I can see why people would believe that,” he said. “And yes, maybe he said things in bad taste. But I think people are misconstruing President Trump’s ideas.”

Trump has spent his week visiting survivors of both the El Paso and Dayton shootings and sending angry tweets at anyone criticizing his visits as disingenuous and politically opportunistic.

On one occasion, after returning from El Paso, he tweeted: “Leaving El Paso for the White House. What GREAT people I met there and in Dayton, Ohio. The Fake News worked overtime trying to disparage me and the two trips, but it just didn’t work. The love, respect & enthusiasm were there for all to see. They have been through so much. Sad!”

A spokesperson from the Del Sol medical center in El Paso, where the Trumps stopped in to see survivors and take photos, told BuzzFeed News that the baby and one other person who had been discharged from the hospital were specifically brought back for the photo op.

Many more photos from the hospital trip were shared to the White House’s Flickr page, where the president can be seen posing with his same grin and thumbs-up in multiple shots.

BuzzFeed News has reached out to the White House for comment. 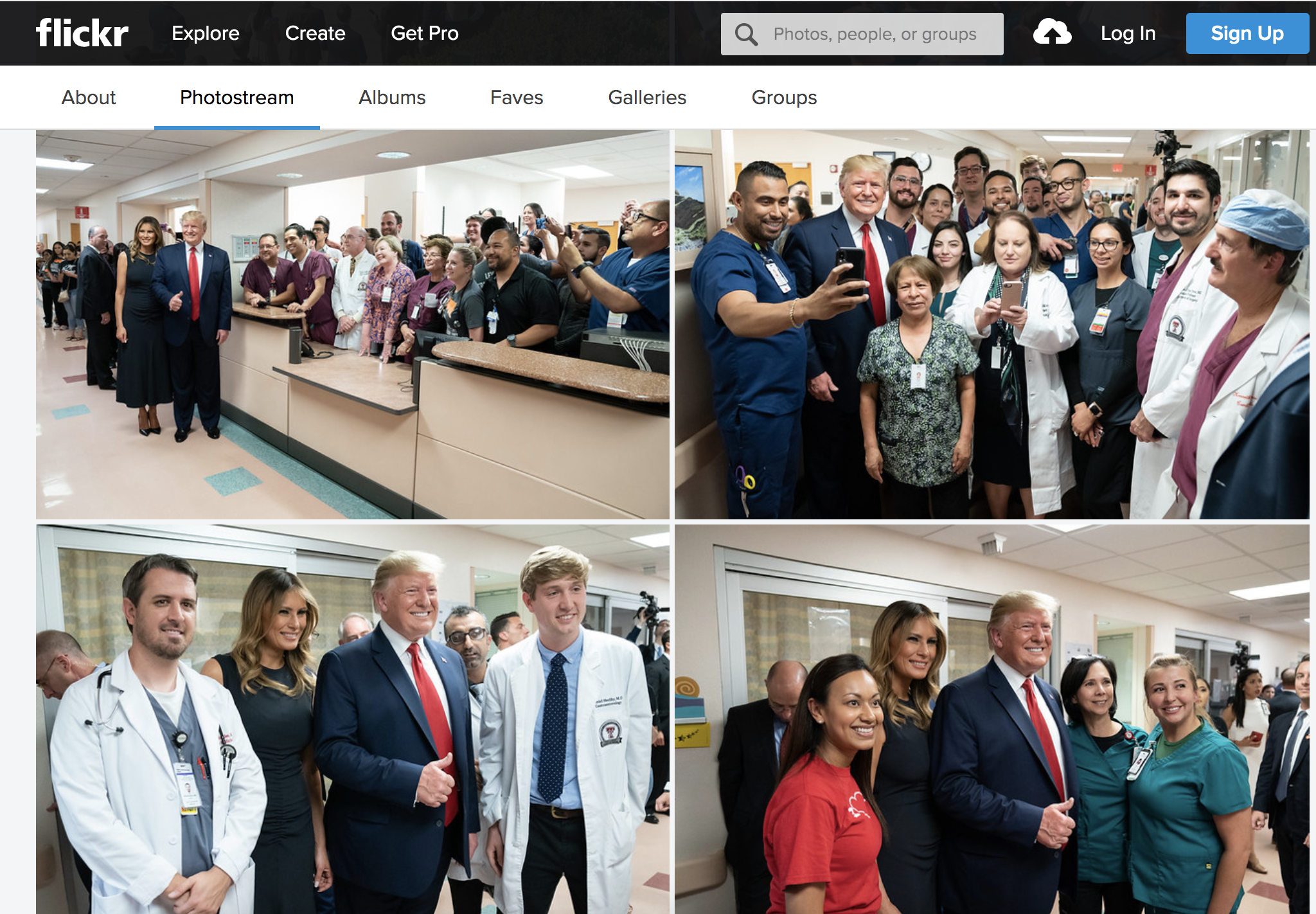