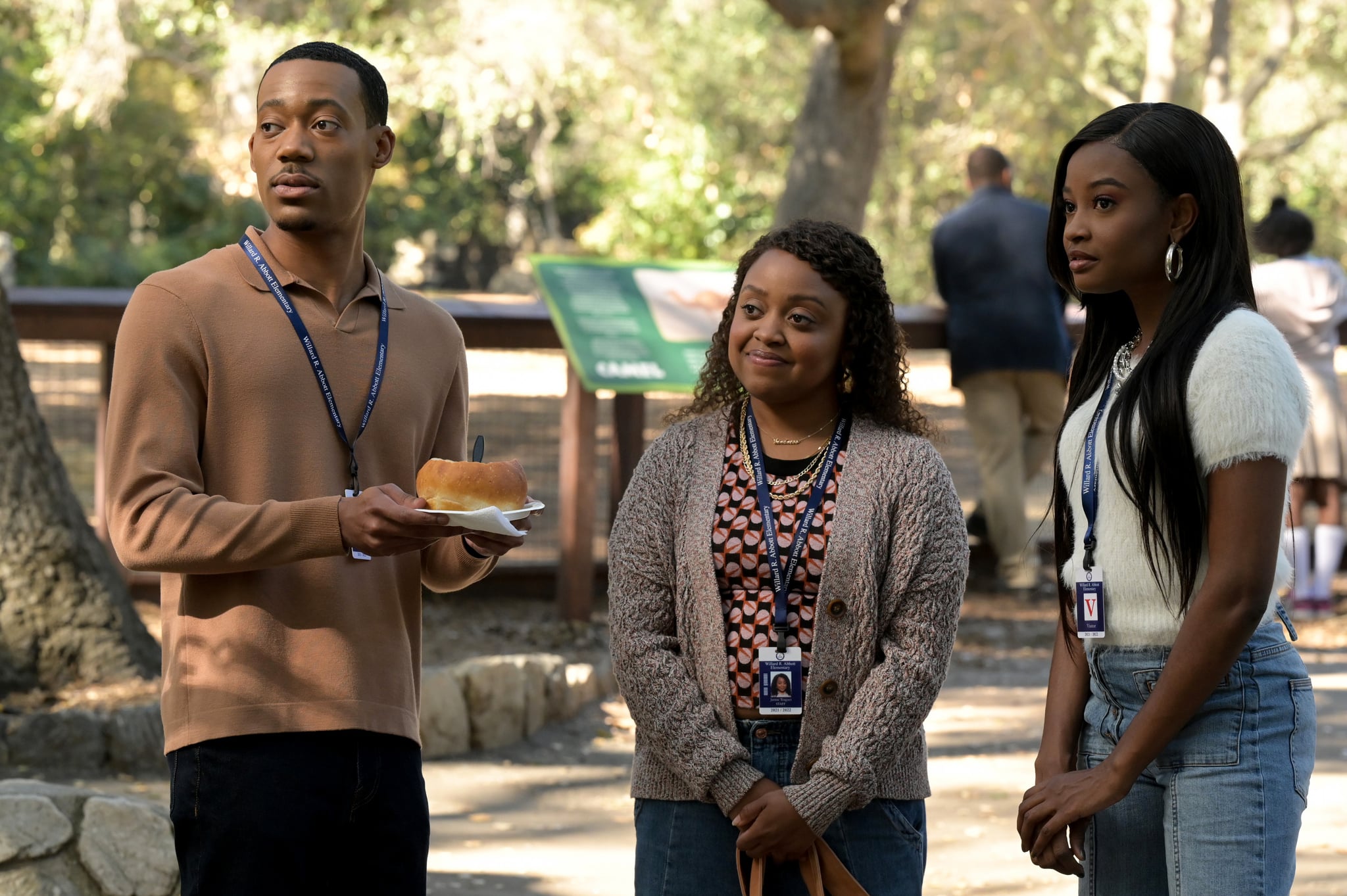 “Abbott Elementary” is a feel-good mockumentary packed with overwhelming levels of passion and heart that aren’t just confined to the expertly staged classrooms. The wholesome sitcom, inspired by creator Quinta Brunson’s mom and her sixth-grade teacher, Ms. Abbott, has also become a platform for Brunson and her crew — including Tyler James Williams (Greg), Janelle James (Ava Coleman), Lisa Ann Walter (Melissa), Chris Perfetti (Jacob), and Sheryl Lee Ralph (Barbara) — to give back on a grander scale.

“My favorite thing to hear is that people are watching it with their families,” Brunson tells POPSUGAR. “That always sticks out to me because that is 100 percent what I wanted: for people to have a show they felt they could watch with family, enjoy, and that everyone in the family could find something funny in. I’m not sure it feels like there are many shows you can do that with anymore.”

On a few occasions, she’s even had the opportunity to watch the endearing show live with her own family, including her mom and her sister. “It’s very important to me to be able to make my family laugh, so I love being able to see that in real time,” she says. “[My mom] loves it. I think it’s like a huge compliment, especially like Sheryl Lee Ralph playing her. Sheryl is just incredible and is beautiful and amazing. On top of that, we’re bringing some of my mom’s experiences to light, and I think she thinks this is a super-cool way to do it — and not just with Barbara but with all of the characters and a lot of her experiences in Philadelphia public school.”

Outside of her family, Brunson’s show has taken off with audiences across the country, raking in record-breaking views during its premiere. As soon as the series became a success, Brunson, along with her cast and crew, took the opportunity to give back to the same teachers who inspired “Abbott Elementary” in the first place, reallocating the show’s marketing money to purchase school supplies for teachers. “As soon as ‘Abbott’ started becoming a show, it felt natural to want to do something to help people who inspire the stories we’re telling,” she says. “It kind of felt like our duty. . . . We have a big group of people — our crew included — who ultimately care about education in the first place, so it was easy to be able to do these things.”

Most recently, Brunson partnered with Box Tops for Education for Teacher Appreciation Month, donating $20,000 to the middle school she attended, Andrew Hamilton in Philadelphia. Through the partnership, even people who aren’t enrolled in school or don’t have a family member enrolled in school can donate $5 to their school of choice by downloading the Box Tops for Education app and entering the code “TEACHERSMAKEUSBETTER” before May 31. “Five dollars may not seem like a lot, but if a lot of people do that, that is a lot of money,” Brunson says. “Five dollars can go a really long way.”

Since the premiere of “Abbott Elementary,” Brunson — who writes, produces, and stars in the sitcom — has been flooded with overwhelming positive comments from friends, family, and viewers across the country. “I [like] having a vision and communicating with large groups of people to execute that vision. It feels good to articulate what it is I would like to see in the show,” she says. “Weirdly, I enjoy communicating my vision to others to be able to make a final product, and I think that’s really an exciting thing about having my own show.”

Looking back on season one — which passionately illustrates the nuances of teaching at all levels — Brunson adds that one of her proudest moments as a show creator was the opportunity to tell Jacob’s story as a queer character from a modern perspective. “I was very proud of how we introduced that our character Jacob was gay,” she says. “It was really important to me and to our [writers’] room to not give him a coming-out story, per se. We wanted to represent a more modern friendship between him and Janine, where Janine already knew this information and more of the shock was like, ‘You kept it away from me that you had a partner all this time?’ That, to me, felt like a progression in storytelling for queer characters. . . . It definitely took a little push and pull between the studio and the network, but we landed on something that I think really, really worked.”

When asked which character is her favorite to write for, Brunson says, “I can’t pick a favorite child. I love all of them; I do. It’s really fun to [write for them]. A lot of the things I say in real life wind up as Ava’s lines. The writers’ room, they think it’s funny. Straight-up things I say become Ava’s lines.” 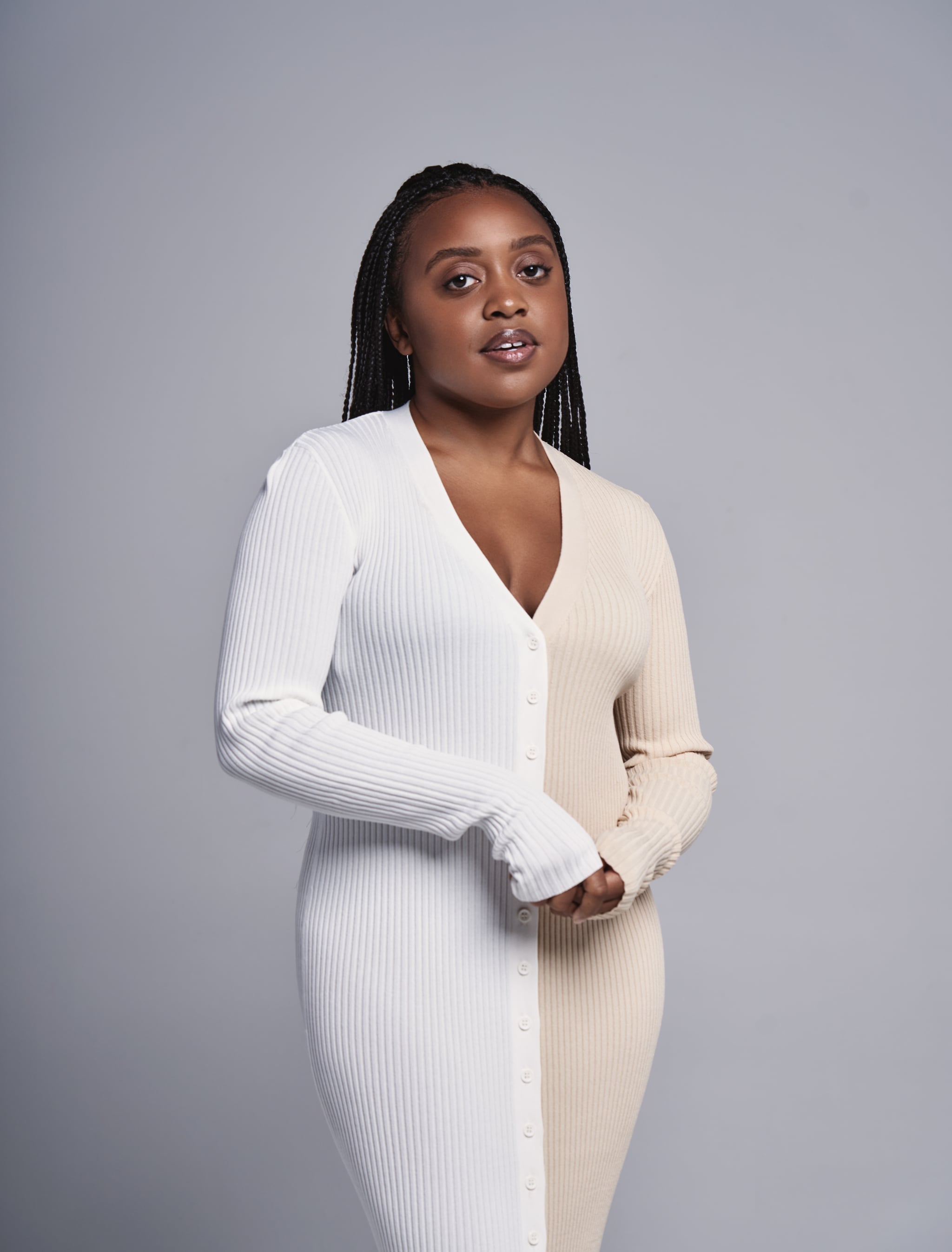 On March 14, ABC announced that “Abbott Elementary” was renewed for a second season. Beyond revisiting Ava’s secret love for her staff and Greg’s controversial aversion to pizza, Brunson sees the show’s second season as an opportunity to showcase what happens to the teachers behind the scenes when classes have been dismissed.

Reflecting on her firsthand experiences with her mother, Norma Jean, who was a longtime Philadelphia public-school teacher, Brunson says, “[The long hours, purchasing school supplies out of pocket, etc.] is stuff that we didn’t even get to show in the first season, and I was happy that people still were able to get some insight into how big the job is, even though we didn’t quite get the opportunity to show what it’s like at home for [the staff]. It’s a lot of work to get through the week — it’s a lot of work in the morning, it’s a lot of work at night. It’s just such a big job.”

Now that season one has wrapped, Brunson looks forward to expanding on each character’s storyline and further developing them into fleshed-out versions of the people who inspired them. For Janine and Jacob, two of the youngest teachers at Abbott Elementary, Brunson says their “growth as younger teachers” is a huge priority. “They’re still new. They’re still young. Although, at the end of season one, Janine kind of found her teacher voice, she’s still growing up big time. She’s still turning into a full-time adult. We saw her have a major life change at the end of the first season, so we’re talking about now how that factors into her being good at her job. . . . It’s all about what the older teachers have mastered that Janine still has to learn.” Brunson continues, “Same thing with Jacob, [who’s] just learning what kind of teacher he is in ‘Abbott,’ in this world, and how to continue to be a good teacher in a world where he is an outsider.”