Not easy to say goodbye. Rachel Lindsay reflected on her time as a member of Bachelor Nation during her final — and 100th — episode as cohost of the “Bachelor Happy Hour” podcast.

Former ‘Bachelor’ and ‘Bachelorette’ Leads: Where Are They Now?

“You know, I talk about why I’m leaving, but I’m not saying ‘thank you’ enough,” the 36-year-old former Bachelorette told cohost Becca Kufrin on Tuesday, May 4, one week after announcing her exit from the podcast. “So I want to say thank you to you. … I talk about the franchise, we know I have this love-hate relationship, but I am thankful for the opportunity to do this podcast, and it has been so great and so much fun.”

Lindsay launched the weekly recap podcast in July 2019 with Ali Fedotowsky, who eventually stepped down as cohost. Kufrin, 31, later joined the Texas native behind the mic.

“I feel like you and I have made an impact in Bachelor Nation, which is something we both stand for and we always wanna do,” Lindsay told the Minnesota native on Tuesday. “And I just want to thank all of our listeners and the fans of the show for your support. Sometimes, you hear the negativity louder than the support, but there is so much overwhelming support and so … I want you to know how much you mean to me and how much I appreciate you.” 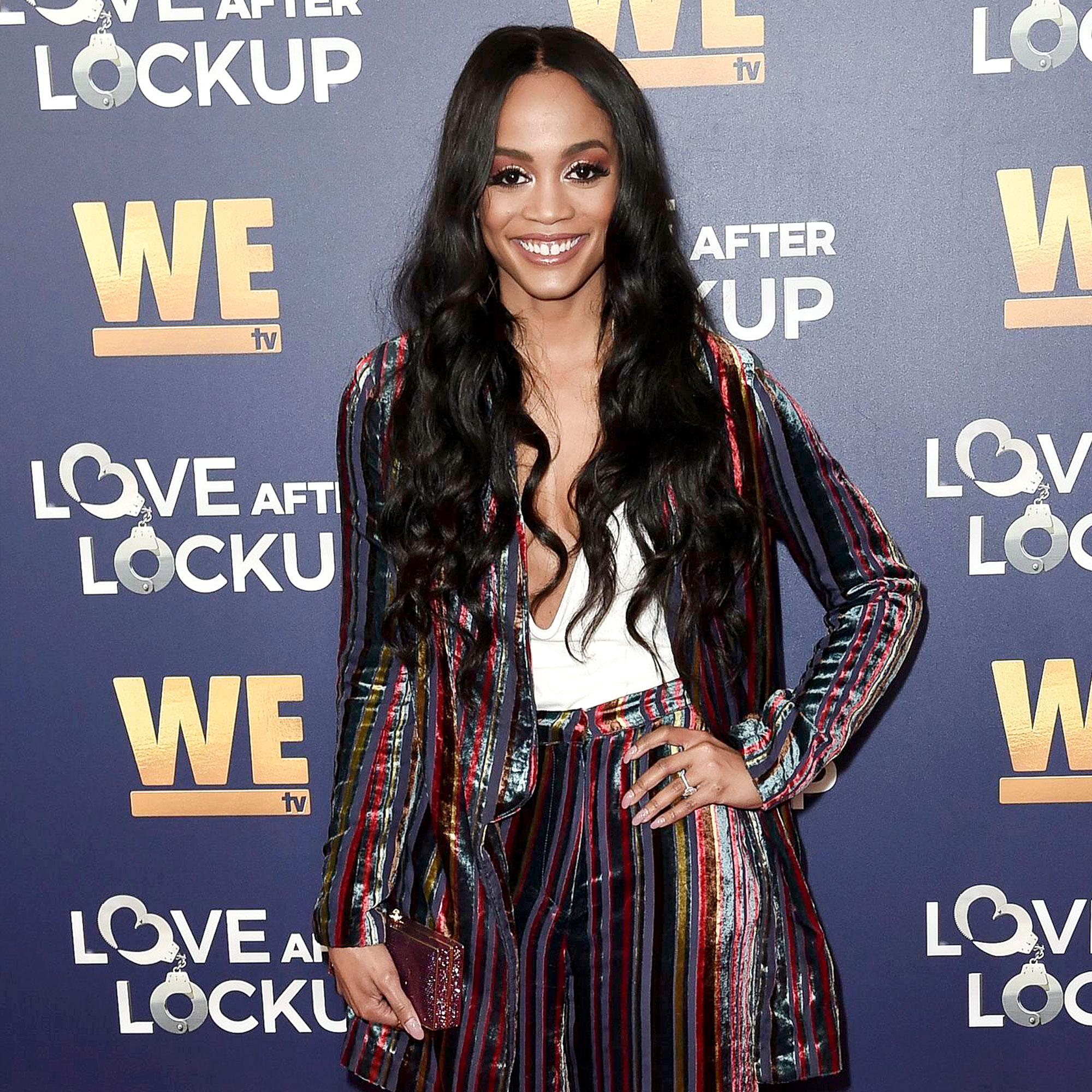 As the dynamic duo looked back on some of their favorite podcast moments together, Kufrin got emotional while picturing a “Bachelor Happy Hour” without Lindsay by her side.

“You’ve not only inspired me and helped me in so many ways, but you’ve been such a pivotal force in Bachelor Nation for so many contestants,” the season 14 Bachelorette gushed. “Whether you fully recognize the power and the change that you’ve had in this franchise — it’s there.”

Lindsay’s heartfelt goodbye came one week after she confirmed that it was time to “walk away” from the podcast.

Rachel Lindsay’s Most Critical Quotes About the ‘Bachelor’ Franchise

“All good things must come to an end. And I feel like certain things run their course, and for me, I have run my course,” she explained. “I’ve been struggling. That’s no secret. … I’m definitely closing the door, but I’m not, like, locking it and throwing away the key. It’s just, I have to, for me, walk away.”

The Miss Me With That author first appeared on The Bachelor in 2017 before being named the franchise’s first Black lead. During her journey to find love, she met husband Bryan Abasolo, whom she wed in August 2019. Since then, she’s been vocal about where the ABC dating series can improve when it comes to inclusivity and diversity.

Two months before her departure from the podcast, Lindsay took a brief hiatus from the show and disabled her Instagram account after receiving hateful messages in the wake of her controversial Extra interview with Chris Harrison. At the time, the 49-year-old Bachelor host was slammed for defending Rachael Kirkconnell‘s racially insensitive social media activity and stepped away from Matt James‘ season. He has since apologized, but he was not involved in Katie Thurston‘s upcoming Bachelorette season.

Kirkconnell, 25, also issued several public apologies amid the backlash and stood up for Lindsay while she faced harassment online.

“If you are choosing to rather spread hate, to send cruel, vicious messages, to be mad about people being hurt by racism … do better. Be better,” she wrote in a February Instagram statement. “Rachel Lindsay and other BIPOC have called for myself and others to be held accountable. … She is doing the hard work that needs to be done for change, and does not deserve to be silenced or ridiculed. If you are someone that has been cruel, find what fuels this hate in your heart, and fix it.”