From a pro-slavery Martha Washington to a blank-screen Melania Trump, the wives and other women of the U.S. presidents get sent up and dressed down. 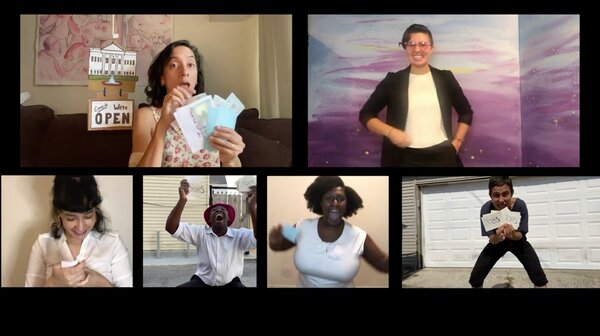 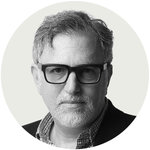 Forget “Six,” the musical that was scheduled to open on the evening Broadway shut down in March. A clutch of variously divorced, beheaded, dead — and now delayed — queens of England is nothing compared to the long parade of American first ladies who have graced the White House since before there was one.

Whether the presidents’ wives (and mistresses and daughters) had it much easier than Henry VIII’s consorts is a question raised — and raised and raised — by “45 Plays for America’s First Ladies,” a relentless sketch comedy flipbook from the Neo-Futurist Theater in Chicago. Speeding through the 50 women it counts as its title characters in 100 snarky and ultimately unsettling minutes, it scratches the phrase “graced the White House” to find the grim beneath it.

It is not virgin territory. “45 Plays” joins the genre of forensic first ladyology in print, in art and, with increasing frequency, onstage.

Jacqueline Kennedy has probably been the most often theatricalized, but in 2015, Michael John LaChiusa’s musical “First Daughter Suite,” building on his “First Lady Suite” from 1993, found real pathos even in Barbara Bush. Lucas Hnath’s “Hillary and Clinton,” which ran on Broadway last year, looked at how politics thwarts ambitious women no matter what role they take, and in Mark St. Germain’s new play, “Eleanor,” which recently had a reading at Barrington Stage Company, Harriet Harris portrayed F.D.R.’s wife as an emotional time bomb. 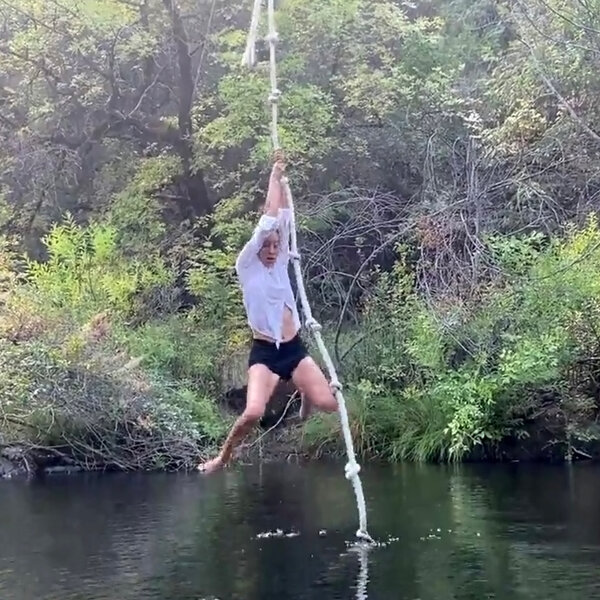 But in taking a survey approach, “45 Plays,” available on demand on the Neo-Futurist website from Oct. 13 through Nov. 2, aims to develop the bigger picture while abjuring turgid biopic realism. In its frolic through just the first century of the republic, the crew of six performers gives us a punk Abigail Adams, a noir Elizabeth Monroe, Sarah Polk as a paper doll and Angelica Van Buren as a glove.

Varying the diet are songs with music by the composer Spencer Meeks and lyrics by the authors of the 45 sketches: Chloe Johnston, Sharon Greene, Genevra Gallo-­Bayiates, Bilal Dardai and Andy Bayiates. The John Tyler ménage (wife, daughter-in-law, daughter, second wife) gets a spot-on operetta pastiche; Julia Grant (Robin Virginie) sings a terrific saloon number called “Those Blue and Gray Blues” about her divided loyalties to her Union general husband and her Confederate slave-owning father.

With so much willfully motley content, the match of style to first lady can’t always be perfect, just as the role of first lady wasn’t always a good fit for the woman who had to wear the gown. For every astute take — like Edith Wilson (Hilary Asare) dancing with an empty suit representing her incapacitated husband, Woodrow, to a waltz with the refrain “Lead From Behind” — another seems coy or just mystifying. I wasn’t sure what the live interactive game about the sanity of Mary Todd Lincoln (Ida Cuttler) was meant to add or why Grace Coolidge seemed to be sharing her duties with a raccoon named Rebecca. When we know too little about a first lady, or too much, the satirical approach sometimes fails to gain purchase and sometimes misses its mark.

Of course, that’s part of the problem “45 Plays” is unpacking: how women so intelligent and vivacious, often savvier or at least more humane than their husbands, were for the most part forced into the anonymity of punch-pouring, tree-decorating and clothes-horsing. (Melania Trump is at first portrayed as a blank screen.) This makes the show, even with its giddy highs, much darker and more pointed than its Neo-Futurists precursor, “43 Plays for 43 Presidents,” which (until the pandemic) had been running so long at the company’s home in Chicago’s Andersonville neighborhood that it required quadrennial updates to accommodate Obama and Trump.

Working with the director Denise Yvette Serna, the authors of “45 Plays” have made the forced migration from stage to screen smartly; the production, mostly recorded in the performers’ homes with D.I.Y. costumes, sets and props, often achieves the smoothness of television without sacrificing the necessary roughness of the stage.

I say “necessary” because the themes that emerge from the comedy are painful and far from resolved. The bondage of Black people comes into the story right from the start with Martha Washington (Brenda Arellano): “I loved slavery. LOVED IT!” she yelps, as if rating pizza. And its aftereffects are not absent even from the worshipful treatment of Michelle Obama (Vic Wynter), who among other feats of agility does a plank while balancing on a shelf perched on top of a piece of PVC pipe.

In between, America’s “original sin” is never far from the surface. Nor should it be: As Andrew Johnson’s wife Eliza (Andie Patterson) tells us while folding endless laundry, the antebellum first ladies collectively owned some 1,000 enslaved people.

But “45 Plays” ultimately folds race into an even larger question: whether the enforced powerlessness of the first lady’s — or any lady’s — role absolves her of complicity in the deeds done under the direction of her husband. In this it’s nonpartisan: Nancy Reagan is reviled as an enabler of Reaganism in a dippy public service announcement like those created for her “Just Say No” campaign, but Bess Truman, a Democrat, is depicted dancing with Harry to the tune “Beginning to See the Light” as the bombing of Hiroshima is suggested behind them.

The show answers the culpability question with a charitable “Yes, but” — and that tension is pregnant and powerful. You come to feel that the first ladies, being women, are damned whatever they do, having the impossible choice of playing wifey (“Ike runs the country and I turn the pork chops,” says Mamie Eisenhower) or inviting demonization if they don’t. Hillary Clinton as the subject of a “Scream”-like horror montage (“Had lesbian sex with the ghost of Eleanor Roosevelt!”) seems especially apt.

Or perhaps worse than those fates is the fate of self-effacement. I didn’t know until “45 Plays,” for instance, that Louisa Adams — John Quincy’s wife — wrote a memoir called “Adventures of a Nobody.” That’s because it was never published. 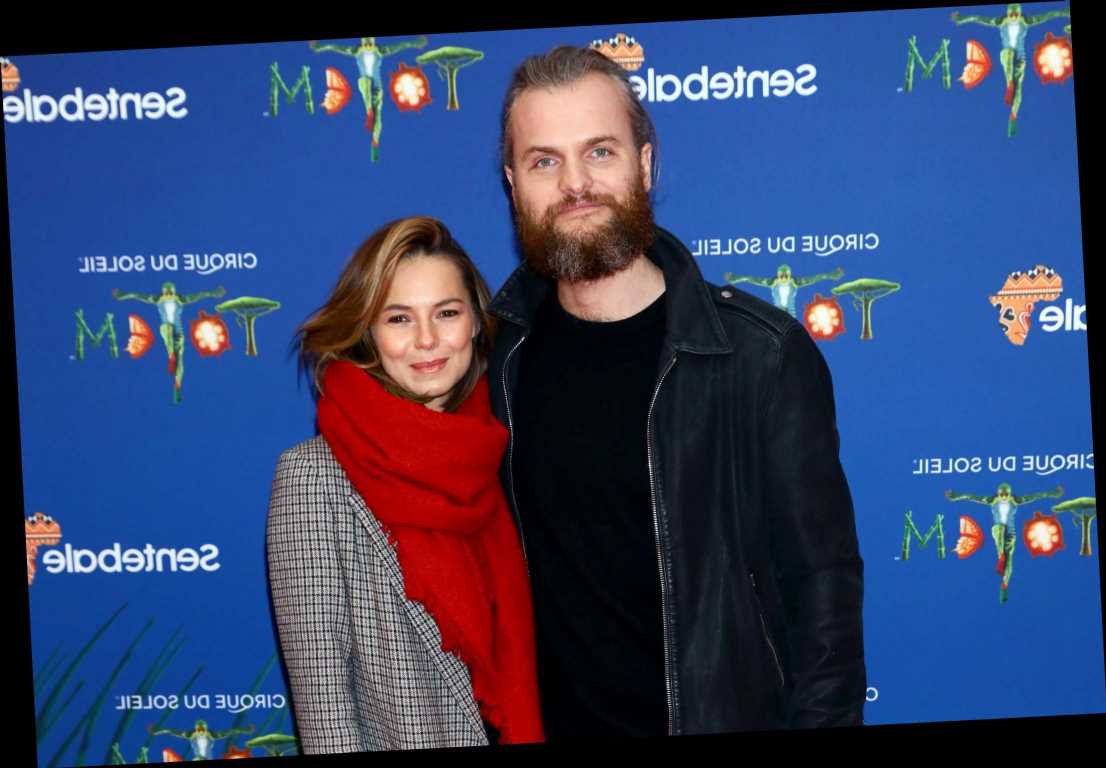