Scott Disick and Amelia Gray Hamlin’s romance survived an 18-year age difference, but it only took a few messy DMs for it to all come crashing down.

The “Keeping Up With the Kardashians” star, 38, and the model, 20, have reportedly split after 11 months together, according to multiple outlets, less than a week after he was exposed for dissing ex Kourtney Kardashian in a series of alleged leaked messages.

“Amelia broke up with Scott over the weekend,” an unnamed source told E! News about the split. “Scott agreed that he feels he needs to be single right now. They had a lot of fun together but it was never going to be a long term relationship.”

Before the news broke, Hamiln, the daughter of “Real Housewives” star Lisa Rinna and actor Harry Hamlin, had seemingly been hinting that the two were on thin ice by posting a cryptic quote to Instagram on Monday.

“Never settle for less. Not with your job, your friends, and especially not with your heart,” the quote read. “Continue to seek what you are looking for and do not shrink yourself for the sake of other people. You deserve the best.”

Alongside the message, Hamlin wrote across the post, “This is it.” 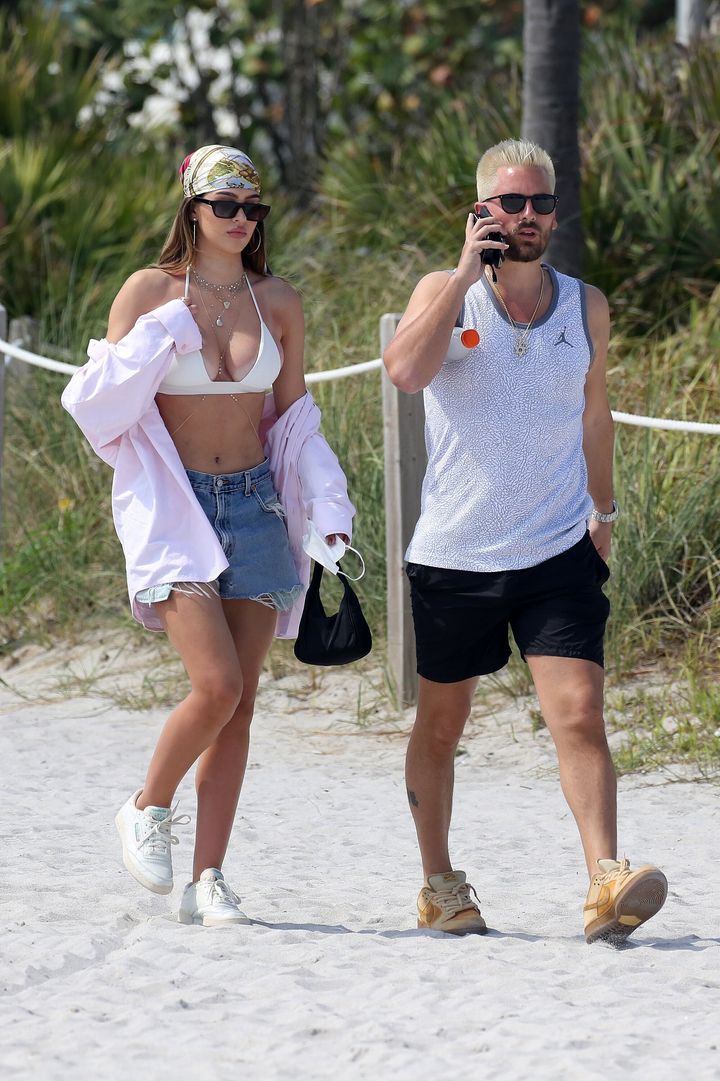 Perhaps, she was referring to messages Disick allegedly sent to Kardashian’s other ex-boyfriend Younes Bendjima a week ago, in which he attempted to vent about her recent PDA-heavy behavior with Travis Barker.

“Yo is this chick ok!???? Broooo like what is this. In the middle of Italy,” Disick purportedly wrote alongside a photo of Kardashian straddling Barker on a speedboat while on vacation.

“Doesn’t matter to me as long as she’s happy. PS: I ain’t your bro.” Bendjima hit back, before posting Disick’s messages on his Instagram Story for everybody to see.

“Keep the same energy you had about me publicly, privately,” he wrote in a subsequent post.

Disick and Hamlin were first linked back in October 2020 after his split with another famous teen, Sofia Richie. Since then, they’ve have been at each other’s side with the model even spending time with the children he shares with Kardashian ― sons Mason, 11, and Reign, 6, and daughter Penelope, 9.

The Poosh founder at one time seemed supportive of the relationship, explaining back at the “Keeping Up With the Kardashians” reunion this summer, that she gives her blessing to whomever makes Disick happy.

But Hamlin’s mother Rinna was never exactly onboard with the former soap star repeatedly expressing her distaste for the romance on the most recent season of “Real Housewives of Beverly Hills.” On a recent episode, she jokingly wished that her daughter had found someone more age-appropriate, like Harry Styles.

So, it didn’t come as much of a surprise that as soon as her daughter’s split made the internet rounds, Rinna weighed in on the drama by commenting a smiling emoji on a story about the breakup.