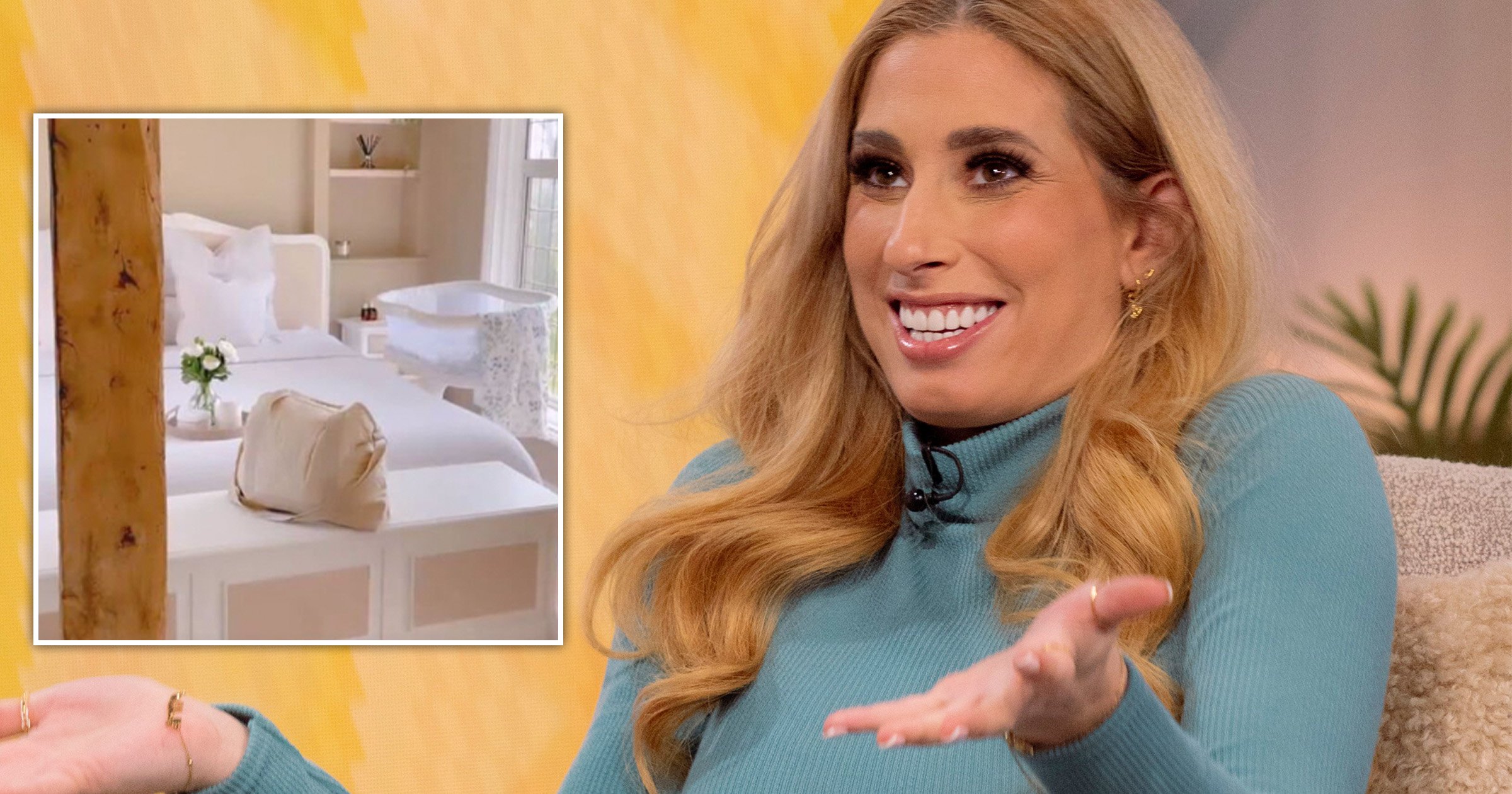 Stacey Solomon prompted quite the discussion about how often you should change your bedsheets after revealing her personal sheet-changing routine.

Clean Queen Stacey made the revelation during an appearance on Hits Radio on Monday when host James Barr asked the X Factor alumni how often he should wash his sheets now that he’s newly single.

In a knee-jerk response, the Sort Your Life Out star said: ‘Once a week, I’d say.’

Shocked at this expected level of cleanliness, a wide-eyed James responded: ‘Oh really? I think that’s quite a lot!’

He then admitted he was thinking more like ‘once a month’.

What ensued was a pretty funny back peddle met with a roar of laughter, in which 33-year-old Stacey told the presenter that actually, once a week is probably fine, and he should embrace the single life and ‘wallow in your own filth for a while’.

Co-host Fleur East then watched on open-mouthed, apparently finding the exchange pretty amusing, as Stacey continued: ‘You know how when you’re single, you don’t have to shave your legs, so you just go like full Gruffalo? I feel it’s the same.’

Interrupting Stacey’s empowering speech on the filthiness of singledom, James corrected her that although he’s not in a relationship, he didn’t say there weren’t going to be any other men in his bed.

Grasping James’ meaning, the tidy-house-tidy-mind advocate concluded: ‘Oh, well in that case then I mean imminently.’

‘If you’re gonna have people over you defo need to change the sheets.’

A debate surrounding bedsheet changing was sparked last year when a survey revealed almost half of single men said they don’t wash their bed sheets for up to four months at a time.

Everyone thought that was pretty gross, but even more so when the experts chimed in saying the recommended amount is once a week, or every two weeks at the most.

So that’s it, people, Stacey is right.

The Loose Women panellist also revealed how watching husband Joe Swash, 41, do housework turns her on.

Stacey told Fleur: ‘If I woke up and Joe was just cleaning the windows, I’m not going to lie I could probably get pregnant again.’

Stacey is about to give birth to her fifth child, two of which – one-year-old Rose and three-year-old Rex – she shares with the former EastEnders actor.

The TV personality also has a 10-year-old son called Leighton, who she shares with ex-fiancé Aaron Barham, and Zachary, 14, who she had at 18 with then-boyfriend Dean Cox.

Joe is also a parent to 15-year-old Harry from a previous relationship.

The heavily-pregnant star has hinted she is due any day now, after fans suspected Stacey had gone into labour after she went silent on social media.

But Stacey took to Instagram to quell the rumours, and said: ‘So many of you were like, “Stace, don’t do that to us, you’ve been quiet for a few days and we thought you’d given birth.”’

The star explained how her midwife recommended ‘not doing anything silly’ if she wanted to stave off her baby’s arrival, hence her online disappearance.

‘Sorry, I’m very much still full-term pregnant, I just really wanted to try and make it to a couple of days before the baby comes,’ she added.

It was just three weeks ago the couple announced they were expecting, as Stacey said they wanted to keep the first few months secret so they could ‘enjoy it to ourselves’.