Esther’s rapist may have been dealt with in The Handmaid’s Tale, but Gilead’s unique brand of justice has given a new meaning to the phrase, “As a father of daughters.”

Warning: this article contains spoilers for Together (episode five, season six) of The Handmaid’s Tale on Channel 4.

I know, I know: we should be talking about the latest twist in the increasingly parasitic relationship between Serena Joy (Yvonne Strahovski) and June (Elisabeth Moss). After all, the final moments of this week’s episode of The Handmaid’s Tale saw the former shoot June’s captor in the chest, urge her former Handmaid to hop into the driver’s seat of her car, and drive them both to… well, who knows. Cliffhangers, eh?

On this occasion, though, I want to set our warring duo aside and focus on another character: Esther (Mckenna Grace). Because her story has steadily become one of the darkest in the Channel 4 series so far.

And that’s saying a lot, isn’t it?

Of course, it’s easy to dislike Esther. This is, after all, the same woman who bullied Janine (Madeline Brewer) – who almost killed her, even, by feeding her poisoned chocolates.

Still, though, justice is never justice in Gilead. Instead of treating Esther like a person, they treat her like a commodity; she is a danger unto others, so they will remove her womb and render her valueless.

Except, when doctors go to perform the scheduled hysterectomy, they discover that Esther is three weeks pregnant. And, just like that, everything changes.

“I didn’t do anything. He raped me”

Aunt Lydia (Ann Dowd) is as stunned by the news as anyone, and goes to Esther – still chained to her hospital bed – in a bid to find out more.

“On the day of the funeral, you had a private audience with Commander Putnam,” she reminds Esther, who nods silently. “Now, you can tell me the truth. There is nothing to be ashamed of. I need to ask you. Did you behave in a way that might have, even unwittingly, invited his attention?”

Esther is firm in her reply: “No.” And then, when Lydia suggests that she might be lying, the Handmaid snaps.

Utterly shaken by this statement, Lydia begins to tell Esther that she’s sorry, only for the Handmaid to cut her off.

Handmaid’s Tale season 5 episode 5 recap: Serena Joy just offered up the darkest fairytale of them all

It’s a staunch reminder for everyone that, in Gilead, Handmaids are forced to participate in a monthly ‘ceremony’ with the Commanders and their Wives. A ceremony which is, no matter how everyone dresses it up with ritual and symbolism, absolute bullshit. Because it isn’t anything holy or special; rather, it is exactly what Esther has called it. It’s rape.

A primal scream of pure and unadulterated rage

For the first time ever in their relationship, Lydia is on Esther’s side; she’s sympathetic to the young woman’s plight, she’s desperate to soothe and placate her – but Esther, fairly, doesn’t want Lydia anywhere near her.

“Don’t touch me,” she screams, fighting furiously against her shackles in a desperate bid to get away from Lydia’s clumsy embrace. “Get out! Get out!”

An emotional Lydia does just that, backing away from the bed and out of the room as Esther lets out a primal scream of pure and unadulterated rage. This young woman knows, you see, that Lydia doesn’t get it. That she has been complicit in Gilead’s abuse of women for years. That she doesn’t understand that rape, whether dressed up as a highly-ritualised ceremony or not, is always rape. And that this show of sympathy, however heartfelt, is utterly dehumanising – but more on that later.

Esther isn’t just screaming for herself; she’s screaming on behalf of every damned Handmaid that’s been forced into this awful system. Is it enough to break Aunt Lydia’s faith in Gilead, though? No – or not yet, at least.

Instead, she goes to Commander Lawrence (Bradley Whitford) and informs him what Commander Putnam (Stephen Kunken) has done.

Justice is served… or is it?

When Putnam tauntingly informs Lawrence that the plans he had for New Bethlehem are dead, however, the latter suddenly experiences a change of heart.

It’s not long before armed guards show up and drag Putnam outside, where he learns that his fellow Commanders have found him guilty of rape. Specifically, rape of “unassigned property”.

His punishment? Death – specifically death by a bullet to the head, put there by June’s erstwhile lover, Nick Blaine (Max Minghella). And, when Putnam’s lifeless body is strung up on The Wall, it’s not long before Lydia takes the Handmaids on a little trip to take a look at his rotting corpse.

“This was justice,” she tells them.

Handmaid’s Tale season 5 episode 2 recap: why Serena Joy’s smile was so much more than a smile

Which means that, yes, Esther is once again being treated as chattel. That all Handmaids’ status as ‘property’ has been reinforced. And even the manner of Putnam’s execution – a quick bullet to the head – lacks the fury and righteousness of, say, June’s DIY Particicution of Commander Fred Waterford (Joseph Fiennes). He was treated to the same horrors of the Gileadean regime that he enforced on a daily basis. The late Putnam, though, was given…

Well, considering the brutalities that the women of Gilead are subjected to, I’d say he was given an easy way out.

“As a father of daughters”

Out here in the real world, there is no getting away from the fact that women and girls’ bodies are – much as they are in Gilead – often seen as assets that can depreciate or appreciate in value depending on community perceptions.

How many times, too, have you seen men tweet about how, “as a father of daughters,” they are horrified over the latest headline that hammers home the harsh reality of violence against women? 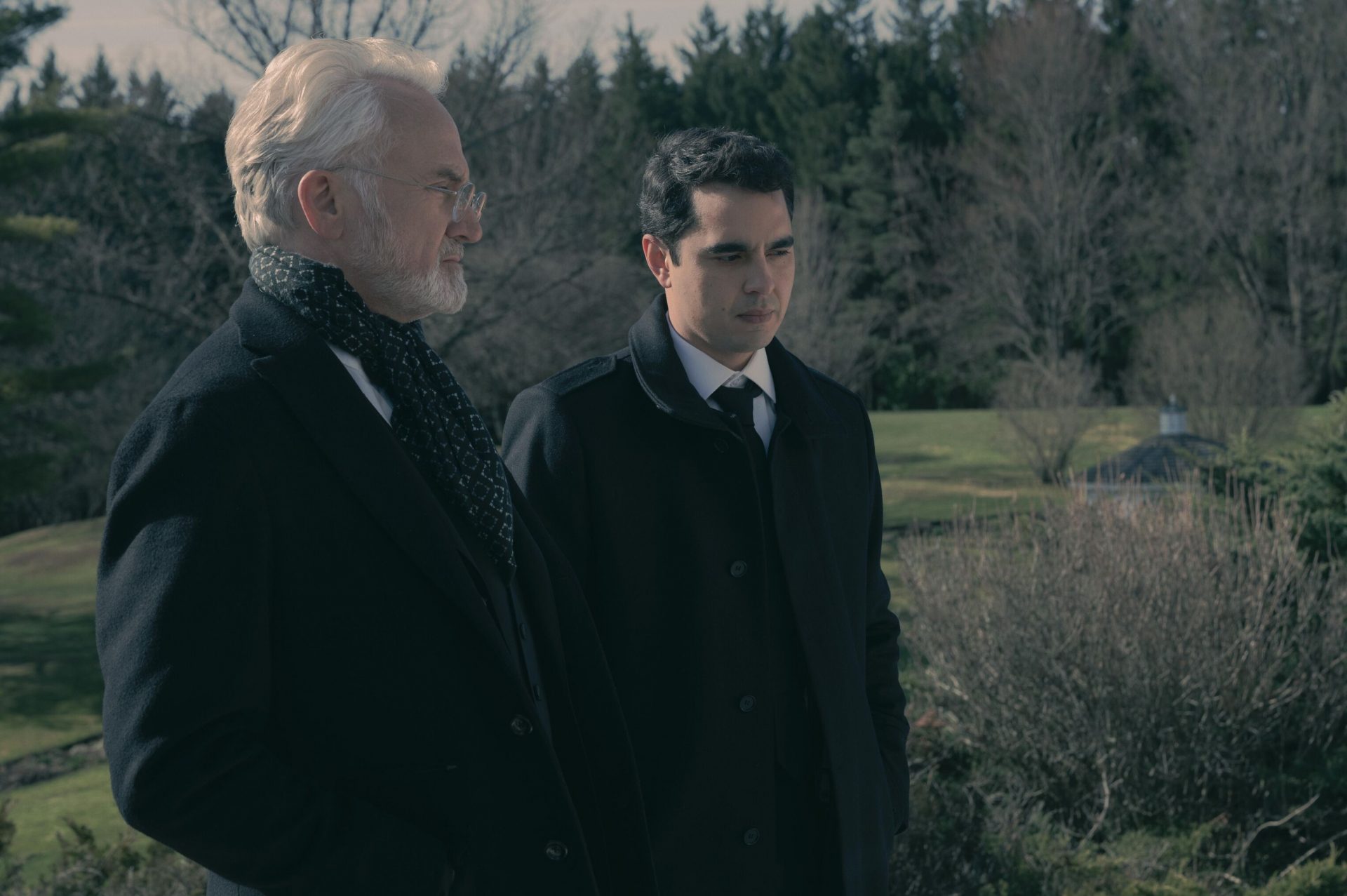 Commander Lawrence and Nick are presented as avenging angels, but was it right that they should kill Putnam?

As a father. As a husband. As a brother.

Whichever phrase they use, it’s a misguided attempt to show solidarity with women. Because they shouldn’t need to spawn a girl, marry one, or be related to one to know that violence against women is deeply, deeply wrong.

On the flipside, the line, “That’s someone’s daughter” is similarly reductive. Because, while they might believe it helps add value to a woman, one can’t help but wonder why we must make her belong to someone to give her value at all?

Why can’t she just be someone, rather than someone’s daughter, or wife, or mother?

The Handmaid’s Tale season 3: why they made this big change to Serena Joy’s character

It might be the softer version of Gileadean morality, sure, but it is much the same; for far too many people out here in the real world, a woman’s value is determined by the relationships she has with the men around her.

The Handmaid’s Tale continues on Channel 4 this Sunday 27 November at 9pm.