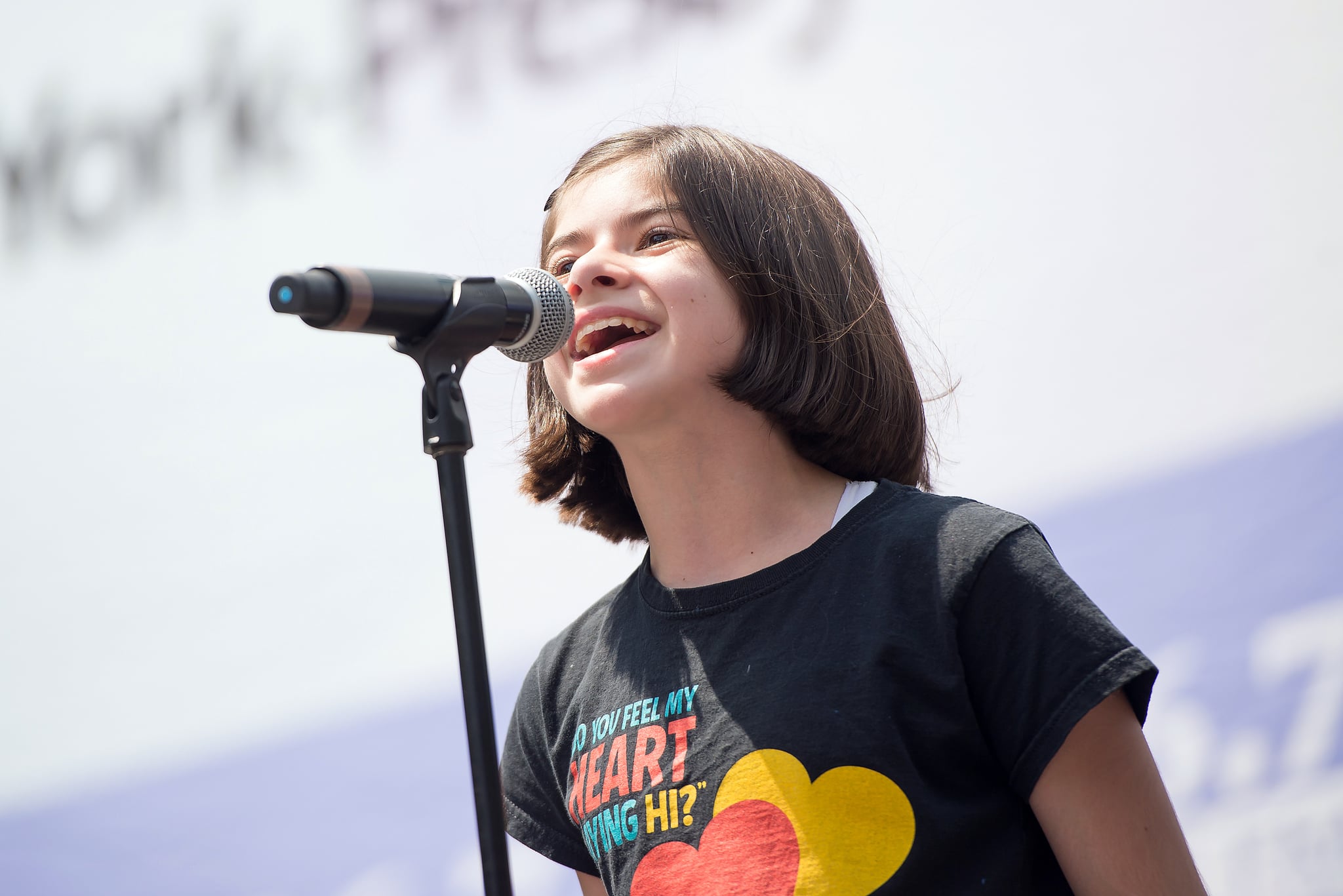 Warning: Spoilers ahead for Stranger Things!

Ah, young love. Amongst all the thrills, Stranger Things doesn’t shy away from its young romances, from sweet young lovebirds Mike and El to longtime love interests Jonathan and Nancy. But in the third season, an unexpected love blossoms: awkward Dustin finally gets a girlfriend, Suzie, and is able to prove that she’s real at exactly the right time — by singing a duet over the radio with her! Suzie made a big impact in her short screen time, so here’s what you need to know about the talented actress who plays her!

Sixteen-year-old Gabriella Pizzolo is new to Stranger Things and new to the Netflix family, but she’s already got several credits on her young résumé. As you might have guessed from her hilariously awesome singing duet with Gaten Matarazzo’s Dustin, she’s got a musical background, starring in lead roles in two of the buzziest musicals of the past decade. From December 2013 to September 2014, she made her Broadway debut as one of the four young actresses rotating in the lead role of Matilda the Musical. Then, from March 2015 to September 2016, she was in the Broadway company of Fun Home. She began as a swing covering all the children’s roles, then stepped into the role of “Small Alison,” the childhood version of cartoonist Alison Bechdel, for several months until the show’s closing.

Just after closing Fun Home, Pizzolo joined the New York City Center’s production of Sunday in the Park With George, which costarred Jake Gyllenhaal and Annaleigh Ashford. She played Louise, the young daughter of a pair of artists. That year also was a busy year for Pizzolo because it marked her television debut. That Summer, she appeared on CBS’s political satire BrainDead as the younger version of leading lady Laurel (played as an adult by Mary Elizabeth Winstead).

In 2017, Pizzolo once again played the younger version of a character in the remake of Beaches. In this, she played young C.C., the younger version of the character played by Tony winner Idina Menzel. She returned to the stage that year as well, playing Opal in the Alabama Shakespeare Festival production of Because of Winn-Dixie. She’s set to continue sharing her lovely voice with fans, with a second season of her animated series Butterbean’s Cafe just ordered by Nickelodeon — and we hope we’ll get to see her again on Stranger Things sometime in the fourth season!