“I’m not looking at months, I can tell you right now. We’re going to be opening up our country.” 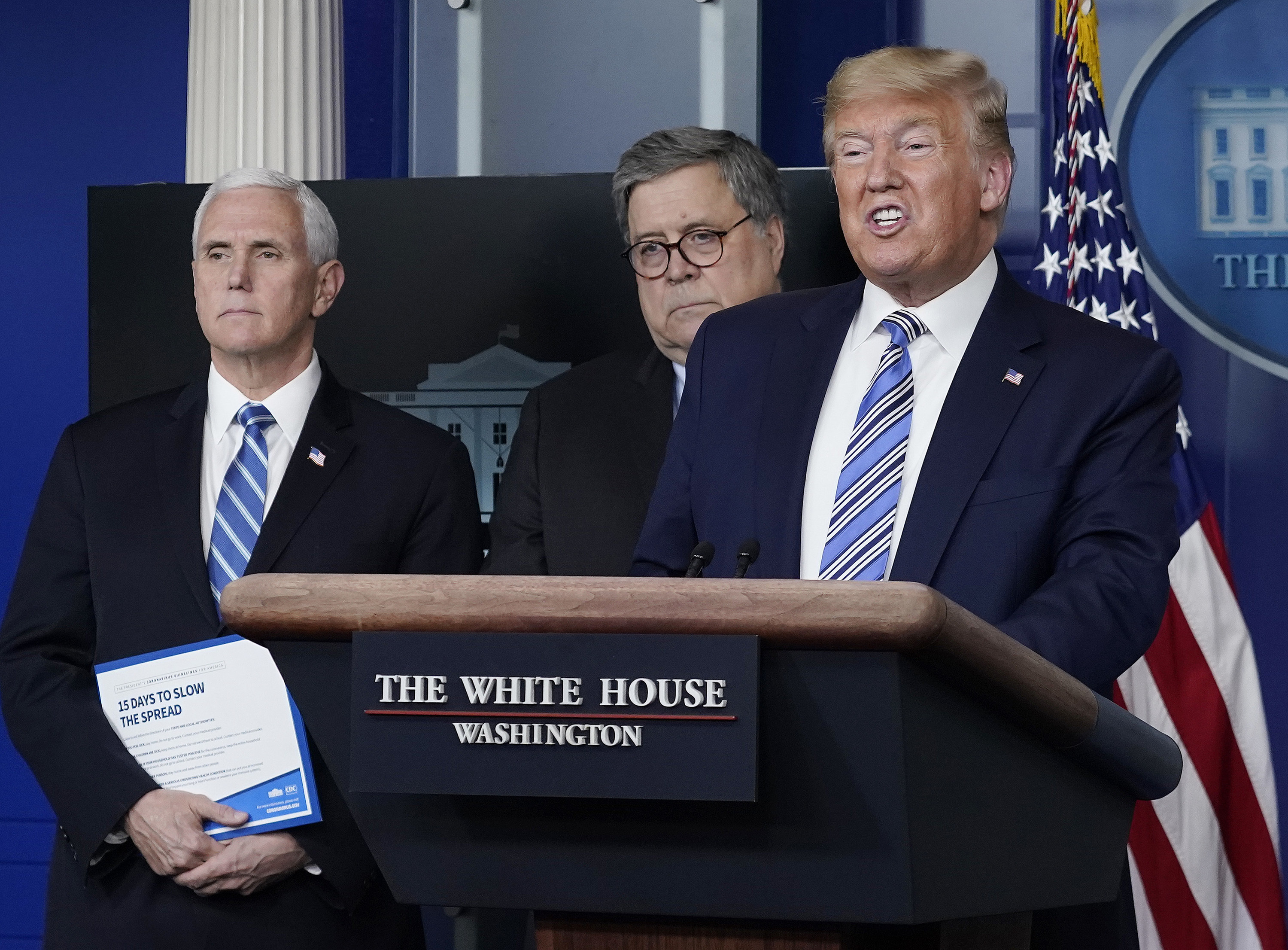 “It’s bad, and obviously the numbers are going to increase with time and then they’re going to start to decrease,” the president said at his daily coronavirus press conference, before quickly pivoting to say, “We’re going to be opening our country up for business because our country was meant to be open and working with others.”

When a reporter asked whether Trump will defy experts if, in a week, public health officials say businesses need to continue to stay closed and people to stay inside, Trump said, “We can do two things at one time.”

The country, the president said, has learned a lot about social distancing and “the hands,” seemingly referring to the shift to greetings other than handshakes. Trump said that some parts of the country are less affected by coronavirus and he hopes things can shift back to normal in those areas in the coming weeks.

However, testing for COVID-19, the disease caused by the coronavirus, is still catching up with undetected cases. And people who later test positive for COVID-19 can be asymptomatic as well (including Trump ally Sen. Rand Paul, who spent six days going about his normal business in the Senate after taking a test before he was informed that it was positive).

According to estimates from The New York Times, however, many states could hit peak cases in May, and Vincent Racaniello, a professor of microbiology and immunology at Columbia University, told BuzzFeed News Monday that there isn’t enough testing being done in the US to know who and how many people are infected, making any plan to keep infection hot spots locked down impossible.

“If you just lock down who have clinical symptoms, it’s not going to do a damn thing,” Racaniello said. “For god’s sake, do people really not have any patience in this country. It was finite in China. It will be finite here.”

One reporter asked Dr. Debbie Birx, the response coordinator for the White House Coronavirus Task Force, if she agreed with the president’s timeline; she demurred.

“What the president has asked us to do is give him our best medical recommendation based on all the data,” Birx said. “That’s what he’s asked us to do … consistent with our mandate to really use every piece of information that we can in order to give the president our opinion that’s backed up by data, not our perception, but the opinion backed up by data. … We are pulling all of the data pieces and now and that’s really critical. I … will never speculate on data. I will have to see the data”

Birx also said she doesn’t believe that speculation about reopening businesses will undermine the current calls for social distancing and isolation.

“Actually it reinforces it,” Birx said. “Because if people know we are considering and trying to understand the impact of the good work they have done, I think it reinforces them to do good work for the next whatever it is days, weeks in the future. … What we are asking every American to do is to make those personal sacrifices for these next week [sic] and now so that we can evaluate the impact of that sacrifice. So I think, if anything, it strengthens the willpower to say yes, I can do this.”

The idea of opening businesses in a matter of weeks is one that has also gained traction in right-wing media and among conservative personalities that the president follows. Trump first floated the idea on Twitter over the weekend.

“WE CANNOT LET THE CURE BE WORSE THAN THE PROBLEM ITSELF,” he tweeted on Sunday. “AT THE END OF THE 15 DAY PERIOD, WE WILL MAKE A DECISION AS TO WHICH WAY WE WANT TO GO!”

The 15-day period Trump referred to started a week ago.

This is a developing story. Check back for updates and follow BuzzFeed News on Twitter.‏