This article contains spoilers for the first episode of Welcome to Chippendales.

The new ’80s miniseries Welcome to Chippendales, which debuted November 22nd on Hulu, ends with the murder-suicide of Playboy Playmate of the Year Dorothy Stratten (Nicola Peltz Beckham) at the hands of her husband Paul Snider (Dan Stevens).

Club promoter Snider had been helping Somen “Steve” Banerjee (Kumail Nanjiani) with his idea for what would later become Chippendales, an all-male strip club catered to women. And that’s about where the prioritizing of women ends, with the show actually being about Steve’s hostile and fatal business relationship with choreographer Nick De Noia (Murray Bartlett). 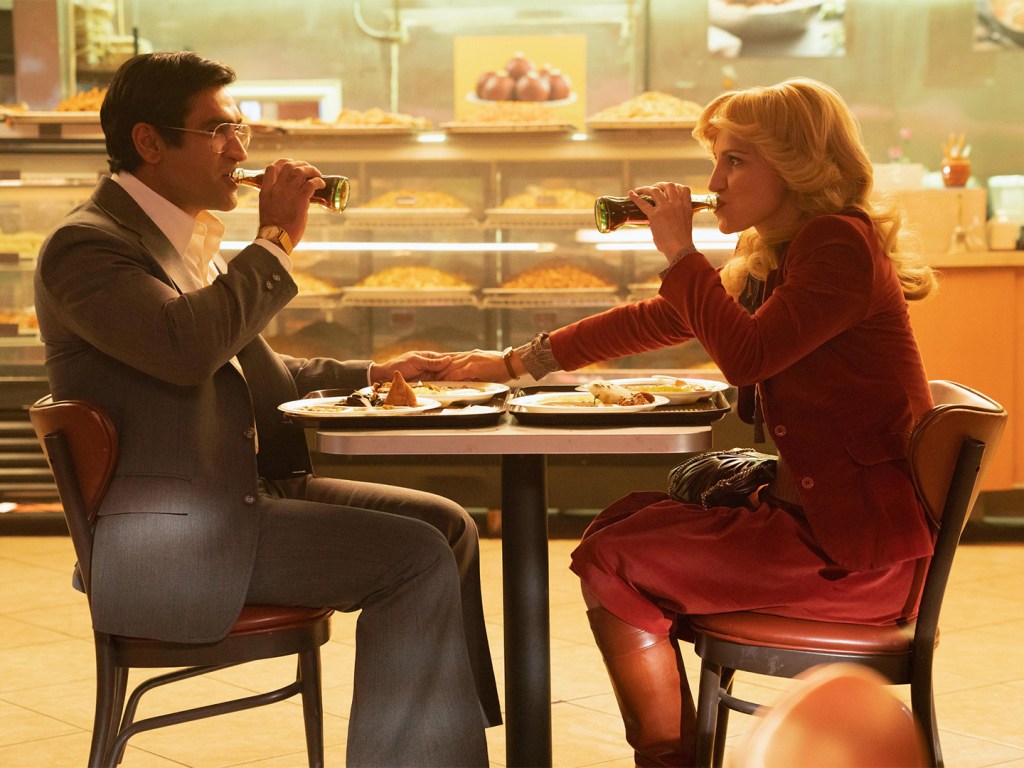 Welcome to Chippendales refuses to explore the toxic masculinity that permeated its nightclubs — which is genuinely interesting, especially the gradual breaking bad of the model minority stereotype portrayed by Nanjiani — and instead superficially shoehorns in some StRoNg FeMaLe ChArAcTeRs that feel like tokens, particularly Stratten, who is so prominently featured in the trailer. By appropriating Stratten’s tragically short life to aggrandize the first episode, and then discard her without a second thought by the next, Welcome to Chippendales is no better than the culture that did the same.

Welcome to Chippendales joins a flurry of prestige true crime and period dramas exploring the underbelly of sex work this year, such as Pam & Tommy (also on Hulu and by the same creators as Welcome to Chippendales), Showtime’s American Gigolo and HBO Max’s Minx, each of which are trying to say something new about how the events they each portray have reverberated throughout society today.

I’ve written on this site that Pam & Tommy was an exploitative exercise in the male gaze that stripped Pamela Anderson (Lily James) of any agency in favor of Tommy Lee’s (Sebastian Stan) sentient penis. Minx, centering on a women’s magazine showcasing male nudes during second wave feminism, fared a little better in the initial episodes, but left me feeling underwhelmed by the end. And American Gigolo, perhaps the closest spiritual sibling to Welcome to Chippendales featuring Jon Bernthal as Julian Kaye in an updated take on Paul Schrader’s 1980 film of the same name, seemed like a gritty exploration of masculinity in sex work, but like all of the aforementioned shows, it’s hard to parcel out the award-winning actors and big-budget period sets of prestige TV to find the meat. 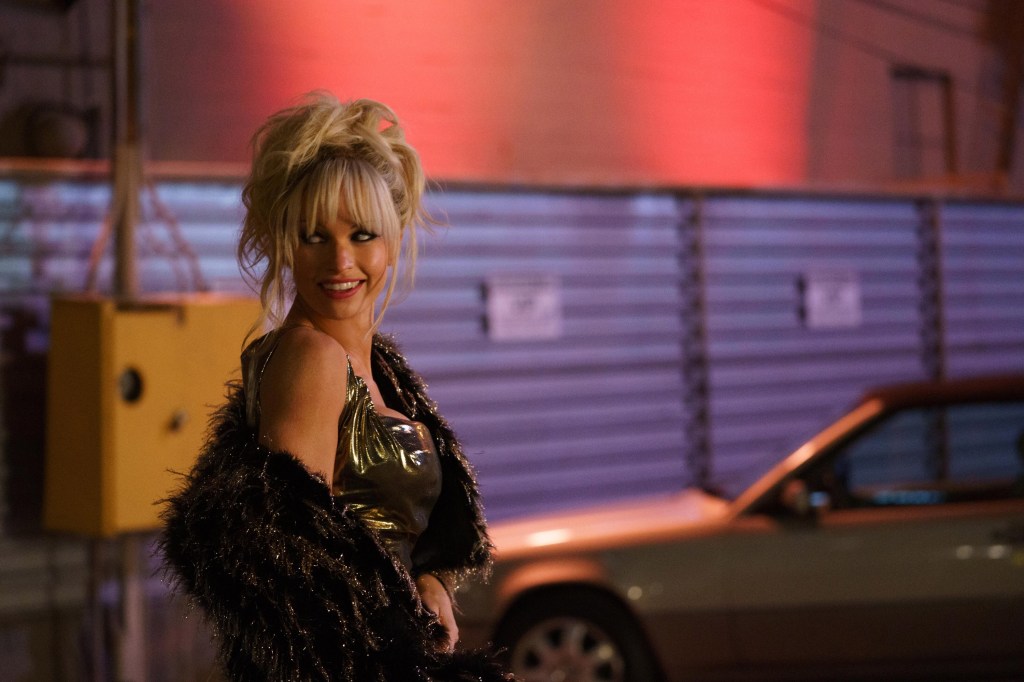 Richard Gere’s nudity in the original made him an instant star, whereas few of these shows portray male nudity at all. It’s telling that of the ones that do — Tommy Lee’s prosthetic penis and Pamela’s breastplate — make their nudity cartoonish, while Minx’s infamous penis scene occurs within a show that treats women’s desires as unserious. Karina Longworth, host of the podcast You Must Remember This, in her exploration of the original American Gigolo calls it an exercise in the straight, middle-aged female gaze and that if it was made today, it would be a lot queerer. Which is more than I can say for the series and, indeed, all of these series which, like so much of the cultural output this year, are mid.

Where Welcome to Chippendales does better is in portraying the racism Steve experiences being an Indian businessman in notoriously image-conscious L.A. and also America. People constantly underestimate and dismiss him, thinking that he couldn’t possibly be the creator of one of the cornerstones of American masculinity at that time, instead choosing to amplify Nick as the face behind the brand.

Another interesting plot centers on the only Black dancer in the troupe, Otis (Quentin Blair), and his exoticization in the club by bored white housewives but ostracism from wider marketing opportunities such as the infamous Chippendales calendar, which means he doesn’t get a cut of that lucrative revenue stream. 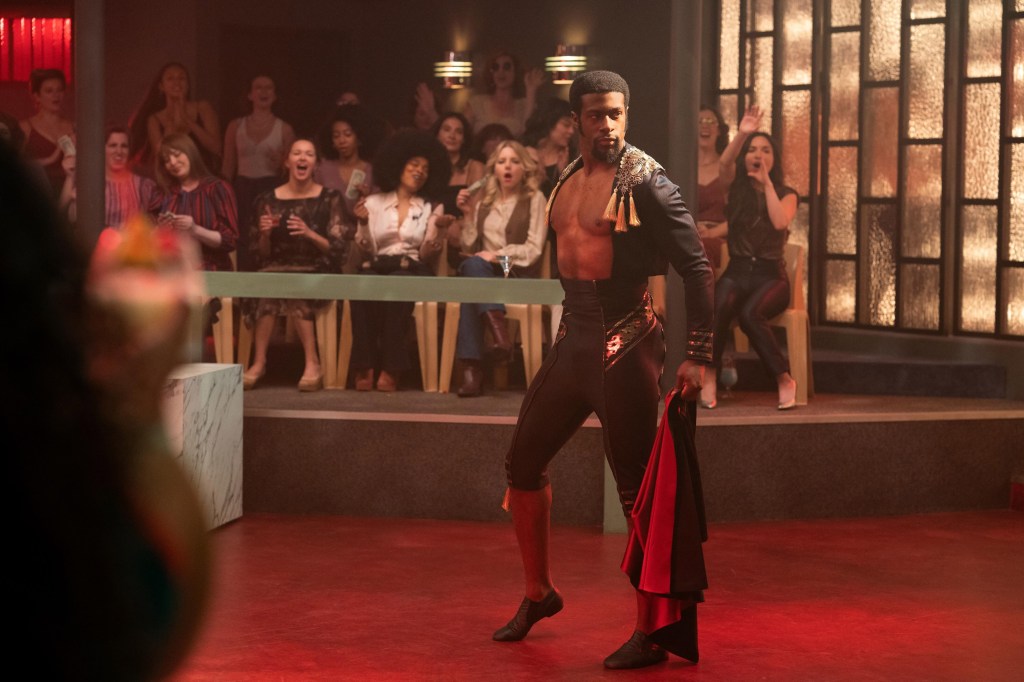 This puts Welcome to Chippendales in conversation with other ’80s series like GLOW, which featured a character, Tammé (Kia Stevens), whose wrestling persona was the racist stereotype Welfare Queen. When an open letter from Stevens and the other actresses of color on the show to its all-white writers room was made public shortly after GLOW’s cancelation in 2020 advocating for better storylines, it seemed as though Tammé’s struggles with representation might have been art imitating life.

Mike, about Mike Tyson’s troubled life, seemed like a blip on the radar when it joined Hulu’s bio-series industrial complex earlier this year. It’s an another show that really had an opportunity to dig deep into Tyson’s troubled life but was yet another surface level skimming. Despite Mike nor Pam & Tommy having the seal of approval from their subjects, neither show was bold enough to unpack the abuse that surrounded and was perpetuated by them.

And of course there’s Murray Bartlett’s other ’80s romp about another body-focused subculture, Physical, starring Rose Byrne on Apple TV+. Whereas this show does center women, I’m yet to reach a conclusion about whether Byrne’s character Sheila’s relentless negative self-talk voiceover is working to dismantle eating disorder culture or uphold it.

In the end I’m left wondering what any of these shows have to say about the topics they profess to be about.

Before you go, click here to see the best movie & TV transformations into well-known women.