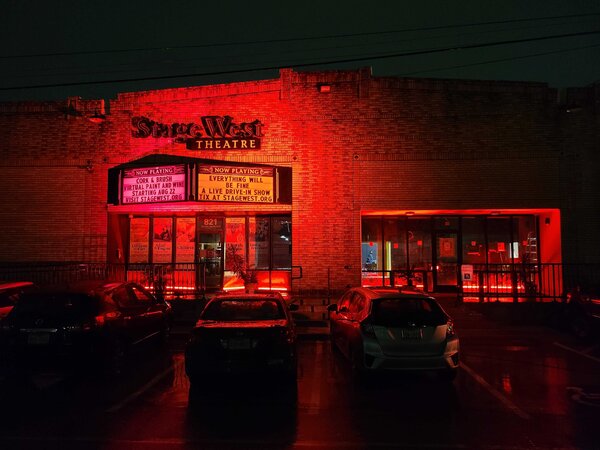 Over the past few weeks, I’ve gone on a Dallas theater binge.

From Teatro Dallas I caught “Pizcas,” about migrant workers, as well as the Dael Orlandersmith one-act play “My Red Hand, My Black Hand,” jointly presented by the Cara Mía and Soul Rep companies.

Dallas Children’s Theater served up a trio of Idris Goodwin plays about race, while the youth company Cry Havoc presented its climate change project, called “Endlings.” And Shakespeare Dallas packed a lot of information into the 30-minute “Shakespeare and the Suffragists.”

In Fort Worth I took in “The October Playlets” at Stage West Theater; in Irving, just outside of Dallas, I checked out “Erma Bombeck: At Wit’s End,” a tribute to the comic bard of middle-class housewives.

Mind you, in real life I have never stepped outside the Dallas-Fort Worth airports. As with much else this pandemic year, my Texas theatergoing has been virtual.

The evocative “Pizcas,” for example, is an audio piece I listened to on SoundCloud. The digital capture of “At Wit’s End,” which I watched on a laptop, was filmed in the MainStage Irving-Las Colinas company’s empty home at the Irving Arts Center. 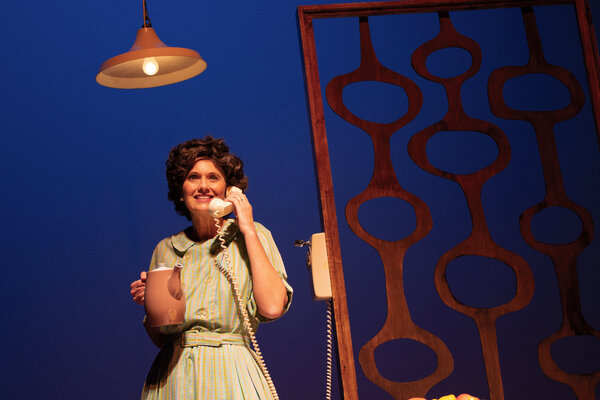 Admittedly, not everything landed. Ochre House Theater’s “Coppertone Jones’ Amazing Traveling Side Show Corker,” for example, looked like a hybrid of Pee-wee Herman and the Residents, except not as good.

Still, I was happy to check it out — and to find out how Texans have held their breath and dived into the new world of Covid-era theater.

“Streaming was not something we even dreamed of doing,” said Clayton Cunningham, the MainStage Irving-Las Colinas board president, still sounding a little dazed. (He was chatting via video, like everybody quoted in this article.)

“I keep telling the staff that we’re putting the word ‘pilot’ in front of everything we do because we may never do it again — or we may do it for the rest of time,” added Todd Hawkins, executive director of the Irving Arts Center, whose 10 resident organizations include MainStage.

Of course, Covid-19 has exacted a heavy financial toll: A survey by local arts-advocacy organizations revealed that the cultural sector had suffered nearly $68 million in financial losses between March 13 and July 31.

Yet months into the pandemic, the North Texas theater community has been displaying resourcefulness and a spirit of collaboration. Other cultural hubs around the country have stepped up, of course, but Dallas has shown particular moxie — perhaps because theaters there struggle for recognition even at the best of times.

Indeed, Dallas-Fort Worth is not usually thought of as a national theatrical force, despite a population of over six million people. Dallas Theater Center — one of two Texas members of the League of Resident Theaters, along with Houston’s Alley Theater — is the local powerhouse, surrounded by a wide range of companies big and small, professional and amateur.

But this particular ecosystem and its local funders have provided an encouraging case study in how to confront an existential threat to art and business.

Back in March, for example, Stage West was about to open Lucy Kirkwood’s “The Children” (which had played on Broadway in 2017) when it had to close its doors; the professional company quickly pivoted, streaming in April a live capture of the show.

Over the next months, Stage West introduced interactive digital parties; presented “Everything Will Be Fine,” from the smaller Prism Movement Theater, at a local university; and sold tickets to the Adirondack Theater Festival’s “cruise in a box” event. Next up is an original holiday show, “The Naughty List,” presented both as an outdoor distanced production (through Dec. 22) and as a stream (Dec. 4-31).

“We’ve been taking this opportunity to experiment and try as many new things as we can to keep our audience connected,” said Dana Schultes, the Stage West executive producer. “We’ve invested in excellent cameras and equipment, we have learned how to broadcast live all of these experiences. Those are just new tools in our go-to tool chest and I don’t see any reason why we shouldn’t lean into them in the future.”

Sara Cardona, the executive artistic director of Teatro Dallas, which focuses on international plays and the Latino experience, was keen to hold a physical production in the fall, but that, too, was suddenly new territory. North Texas arts organizations have been more stringent than statewide mandates, so Cardona doubled down on safety measures: She held the solo “A Grave Is Given Supper” on the outdoor plaza of the Latino Cultural Center, for strictly distanced audiences of 24 people at a time. (A streaming version is due Jan. 15.)

While problem-solving is rewarding, it doesn’t necessarily fill the coffers. “We’ve got to be able to pay for these programs, and everything costs a lot more than most people imagine,” Schultes said.

A surge in local support has been heartening, however.

“The saying used to be, ‘The refineries are in Houston, the people who own them live in Dallas,’” said Terry D. Loftis, the president and executive director of The Arts Community Alliance, a local nonprofit that provides grants and service programs.

The alliance’s grant cycle used to be annual, but Loftis decided to create an emergency fund, aiming to raise and distribute an extra $150,000 on top of the $400,000 it had provided in March. He ended up raising $705,000, streamlining the application process so the money could be doled out faster.

The emergency fund was eventually replaced with the TACA Resiliency Initiative, designed to reward organizations that innovate rather than wait for a return to the pre-pandemic normal.

Dallas Theater Center was about to begin performances of José Cruz González’s “American Mariachi,” a coproduction with Chicago’s Goodman Theater, when the coronavirus struck. Actors’ Equity agreed to a stream of the show’s dress rehearsal; the theater will soon premiere its first original, “In the Bleak Midwinter: A Christmas Carol for Our Time” (Dec. 7-Jan. 2.)

Sarahbeth Grossman, a producer there, said that streaming (which has included educational programs) helped to reach more diverse audiences, some of whom then made small donations.

“We’ve also had, quite frankly, surprise large donations from sponsors and big donors,” she added. “They said, ‘We see what you’re doing, we appreciate that you have stayed intact and are working with our community.’ ”

In September, that extra money helped the theater put its freelance company of actors on staff for the season, providing 35 weeks of guaranteed work and health insurance if they need it. Their duties include education projects as teaching artists, in the same can-do spirit that had the company’s costume shop sew personal protective equipment and masks for local hospitals.

“It’s sort of all hands on deck,” Grossman said. “We’ve got the barn, everybody, let’s put on a show!”

And audiences from all over the country, if not the world, can watch it.